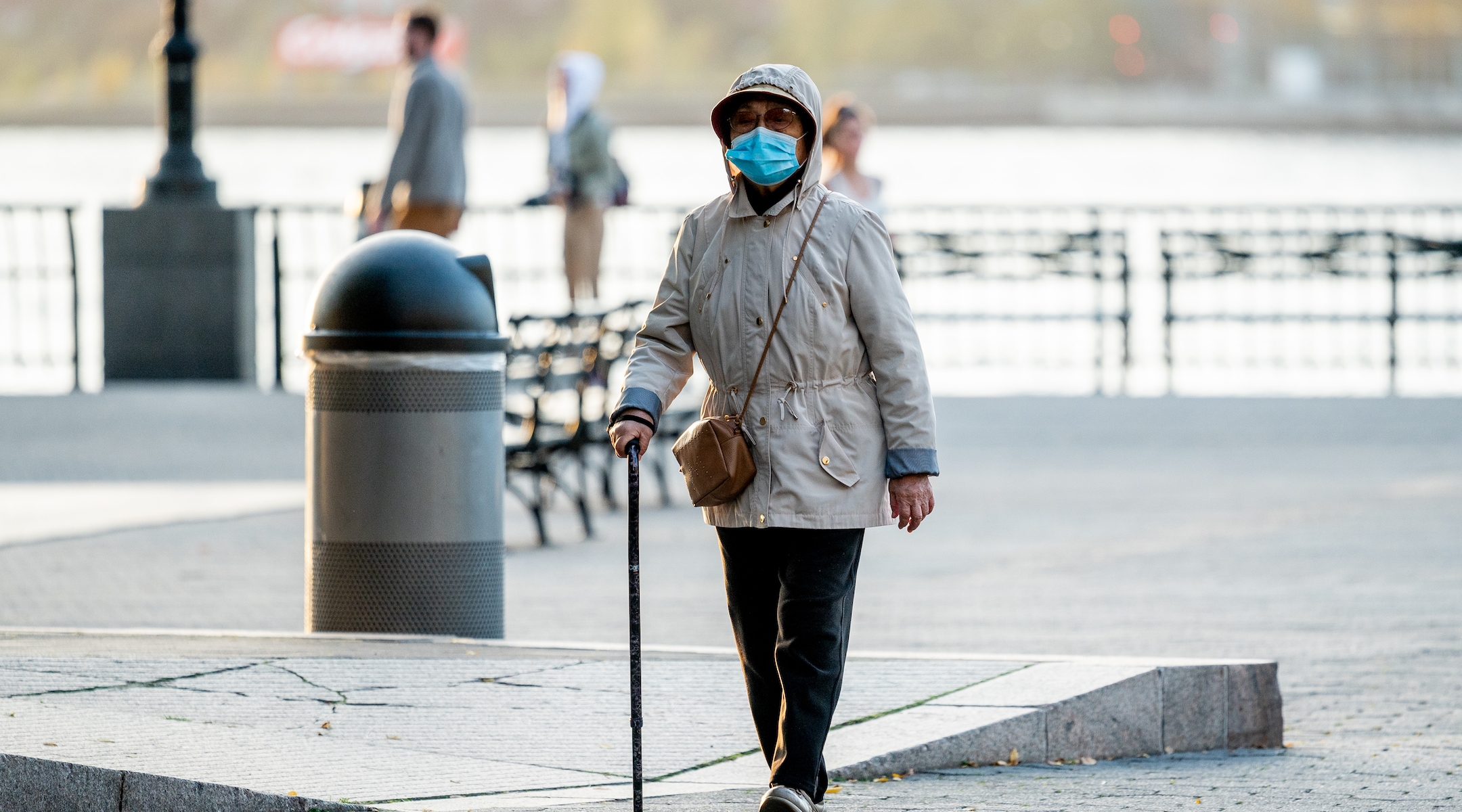 A woman wears a mask while walking on the boardwalk at Battery Park October 18, 2020 in New York City. (Photo by Roy Rochlin/Getty Images)
Advertisement

(JTA) — A young Orthodox Jewish couple and their baby visiting New York City were slashed by a knife-wielding man near a Manhattan park.

The alleged assailant was arrested and charged with assault and possession of a weapon, among other counts.

The couple, aged 22 and 24, were visiting from Belgium, according to BoroPark24.

According to the New York Post, the assailant was ranting during the attack but was not saying anything that would indicate that the attack was anti-Semitic. But a spokesperson for the New York Police Department said the attack was deemed a “possible bias incident” and the city’s Hate Crime Task Force was also investigating.

The man had spent several years in jail after pleading guilty to attempted murder during a robbery in 2011, according to the Post. He was released recently.