Orthodox Jews take their protest, this time over fireworks, to NYC mayor’s home 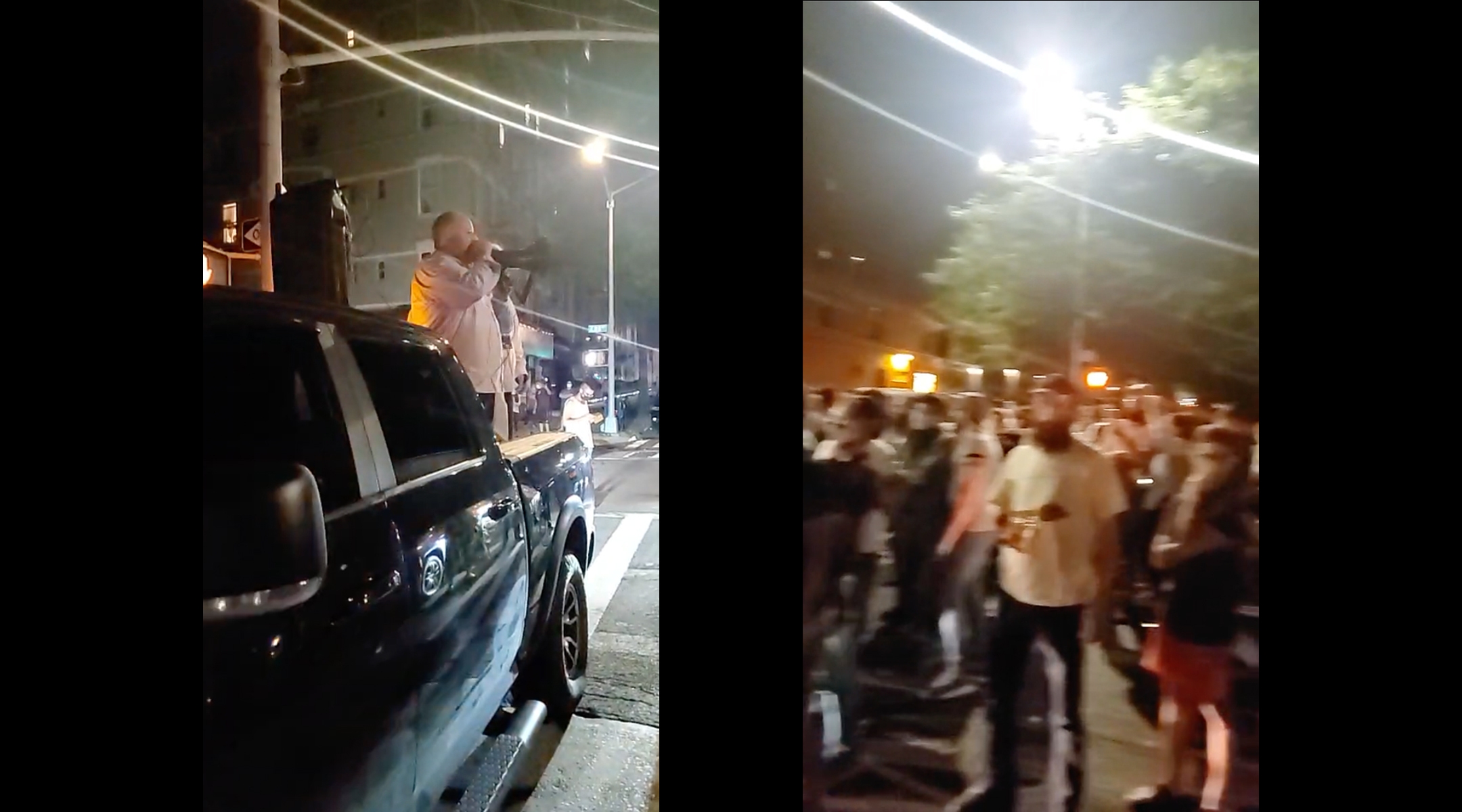 (JTA) – They set off car alarms, honked car horns and set off air horns. If they can’t sleep, they reasoned, the mayor shouldn’t either.

Dozens of Orthodox Jews demonstrated outside Gracie Mansion, the official residence of New York City’s mayor, Monday night in a protest over the fireworks that have become a nightly ritual in Brooklyn and beyond. Brooklyn residents — Jewish and non-Jewish alike — have complained for days that fireworks are set off until the early hours of the morning with little action by law enforcement.

Mayor Bill de Blasio’s press secretary indicated Monday on Twitter several hours prior to the protest that the city would today announce “a multiagency crackdown on illegal fireworks suppliers.”

Still, the protest opened a new front in a deepening battle between the city’s Orthodox Jewish communities and New York City Mayor Bill de Blasio. The relationship between the mayor and his Orthodox constituents, once cozy, has soured in recent months as some Orthodox Jews have alleged that the city enforced social distancing regulations unevenly and targeted the Orthodox community disproportionately. (According to city data, most citations were issued to Black and Latino New Yorkers.)

“People that have come out from communities in Brooklyn, from all different communities, with one unified message, and that is: De Blasio must go,” one man said over a loudspeaker to cheering protesters and honking cars. The mayor’s term ends next year.

It was unclear who organized the protest but it appeared to draw a range of New Yorkers. One video from the protest showed an Orthodox man in a white-button down shirt and black kippah sitting crosslegged in a crosswalk with a Black man.

While some protesters wore masks, many in the videos did not.