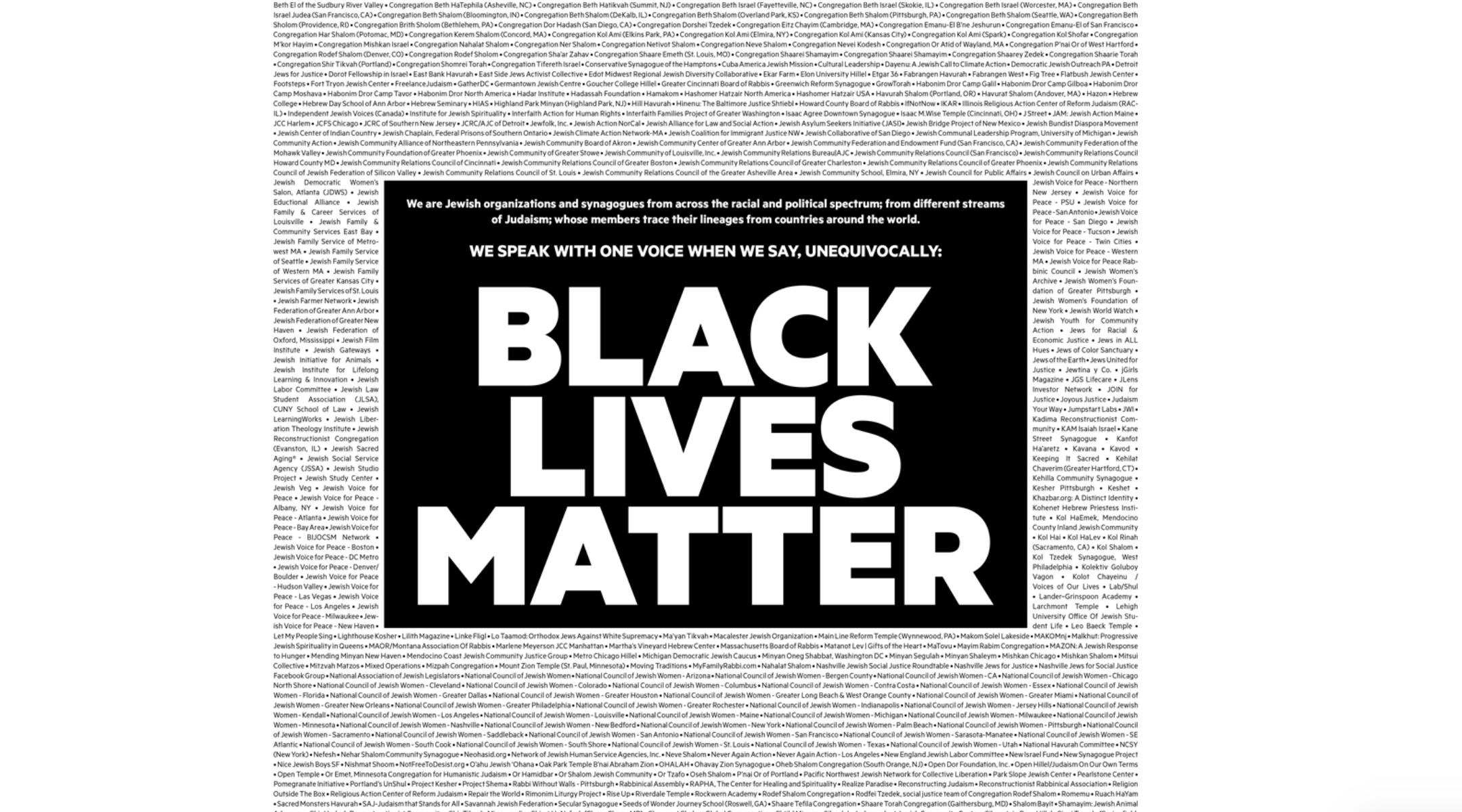 (JTA) — NCSY, an Orthodox youth group, has removed its name from a Jewish letter in support of the Black Lives Matter movement, citing the movement’s politicization.

The removal of NCSY means that no mainstream Orthodox Jewish group remains among the letter’s 600 signatories. The list includes the governing bodies of Judaism’s three other major denominations, as well as large national organizations like the Anti-Defamation League and the Jewish Council for Public Affairs.

“BLM’s platform includes values we do not share,” NCSY International Director Rabbi Micah Greenland told the Jewish Telegraphic Agency. “Moreover, the BLM movement has become a political issue, and NCSY does not involve itself in political matters.”

Greenland did not specify which policy platform he meant, but he may have been referring to the 2016 platform of the Movement for Black Lives, which accused Israel of genocide and called for the end of U.S. military aid to Israel.

Initially, the New York chapter of NCSY, an international Orthodox youth group founded by the Orthodox Union, had its name on the letter, which was published last week as a full-page ad in the New York Times. Several liberal Orthodox groups, such as Uri L’Tzedek and Torah Trumps Hate, have also signed the letter.

But this week, NCSY withdrew that signature and said in a statement that it was approved by a student participant in the group and not the organization’s national leadership. “NCSY continues to advocate, educate and work towards a society that is free of bigotry and racism,” the statement said.