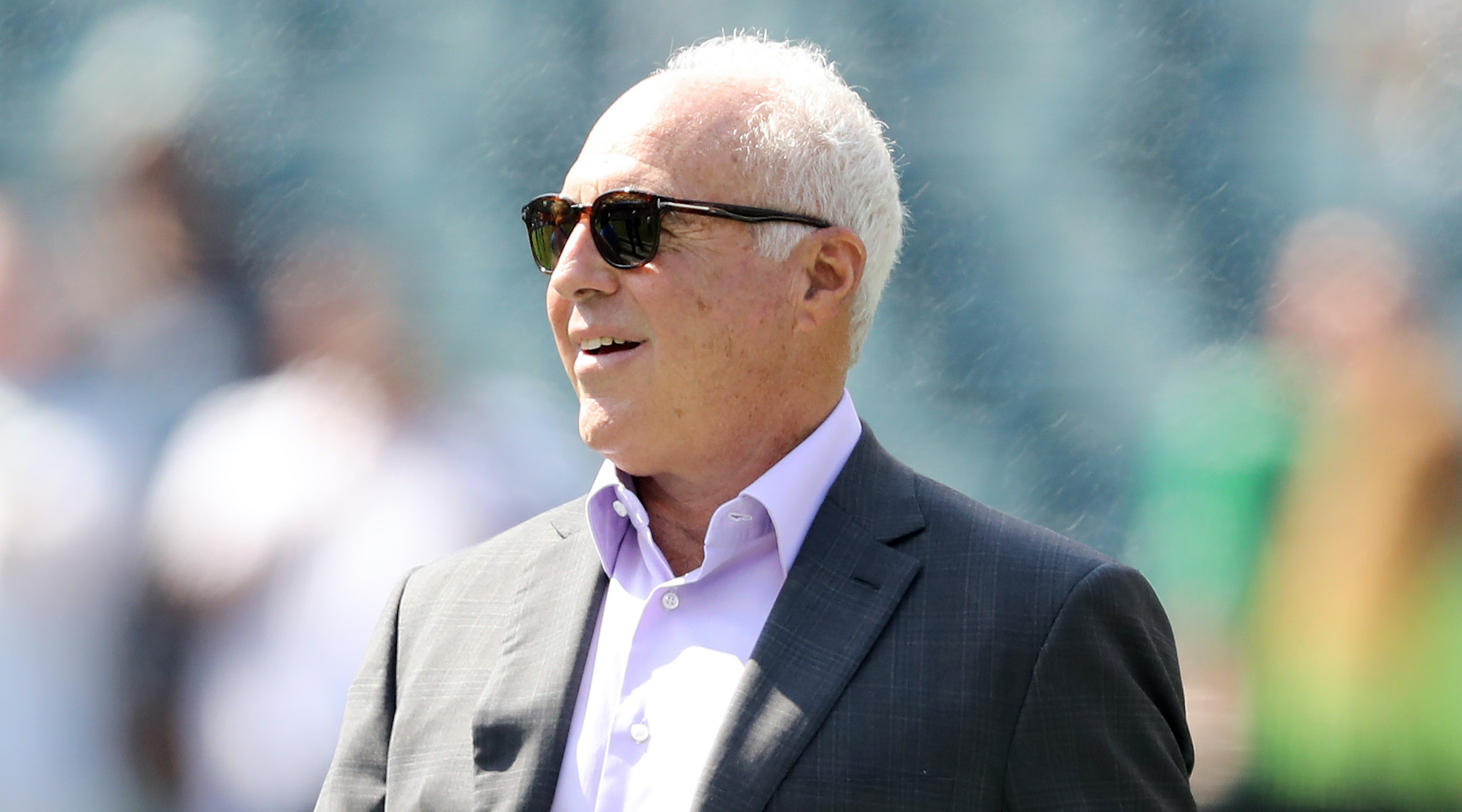 Philadelphia Eagles owner Jeffrey Lurie walks on the field before a game against the Detroit Lions at Lincoln Financial Field in Philadelphia, Sept. 22, 2019. (Elsa/Getty Images)
Advertisement

(JTA) — Amid continuing controversy over one of his player’s approving comments about Adolf Hitler, Philadelphia Eagles owner Jeffrey Lurie announced the completion of a documentary about the Nazi leader.

Lurie’s production company Play/Action announced Thursday that it had completed production of “The Meaning of Hitler,” the company’s first film, Dateline reported.

Taking its title from a 1978 book by the German journalist Raimund Pretzel, Lurie’s film traces Hitler’s rise to power and features interviews with historians Deborah Lipstadt and Yehuda Bauer, among others.

The announcement comes amid continuing fallout over comments by Eagles wide receiver DeSean Jackson, who caused an uproar over the weekend with tweets featuring quotes dubiously attributed to Hitler and claiming that “white Jews” will work to “blackmail” and “extort” America and that the Nazi leader “was right.”

In a statement Tuesday, the team said Jackson’s comments were “offensive, harmful, and absolutely appalling.”

“We are disappointed and we reiterated to DeSean the importance of not only apologizing, but also using his platform to take action to promote unity, equality, and respect,” the team said. “We are continuing to evaluate the circumstances and will take appropriate action.”

In a statement to Deadline, Lurie made no mention of the Jackson controversy.

“We couldn’t be prouder that ‘The Meaning of Hitler’ is the first completed film made by our new documentary production company, Play/Action Pictures,” said Lurie, who is Jewish. “I envisioned Play/Action to be a leading creative force for films that engage with the most crucial and challenging issues of our time. The rise of white supremacy and neo-fascism in the United States and the world over are among the most important and serious threats we face today.”