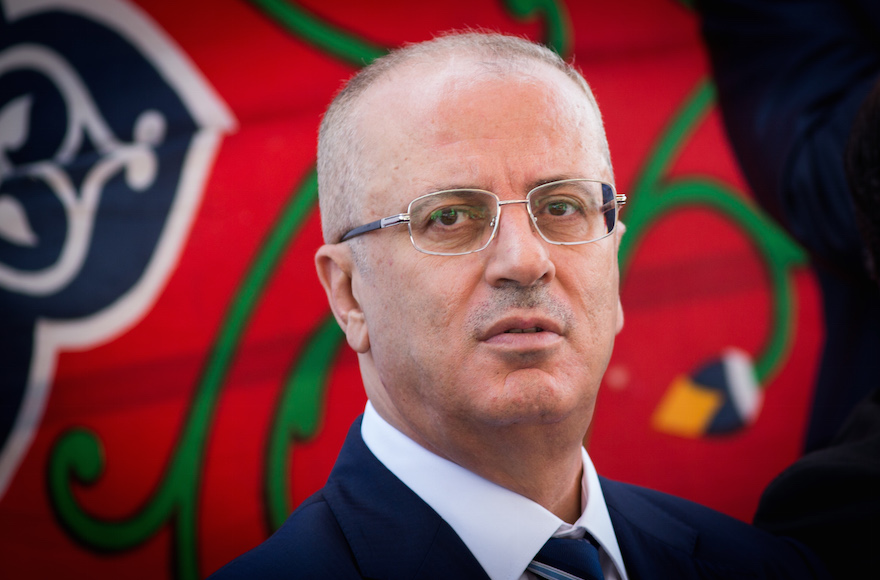 The rest of the government also resigned on Tuesday, according to reports. Abbas will have to decide whether to accept any or all of the resignations.

The resignations come two days after the Fatah Central Committee recommended that Abbas remove Hamdallah and form a new government packed with representatives of the Palestine Liberation Organization.

The current government includes representatives of Fatah and Hamas. Fatah makes up the largest segment of the PLO.