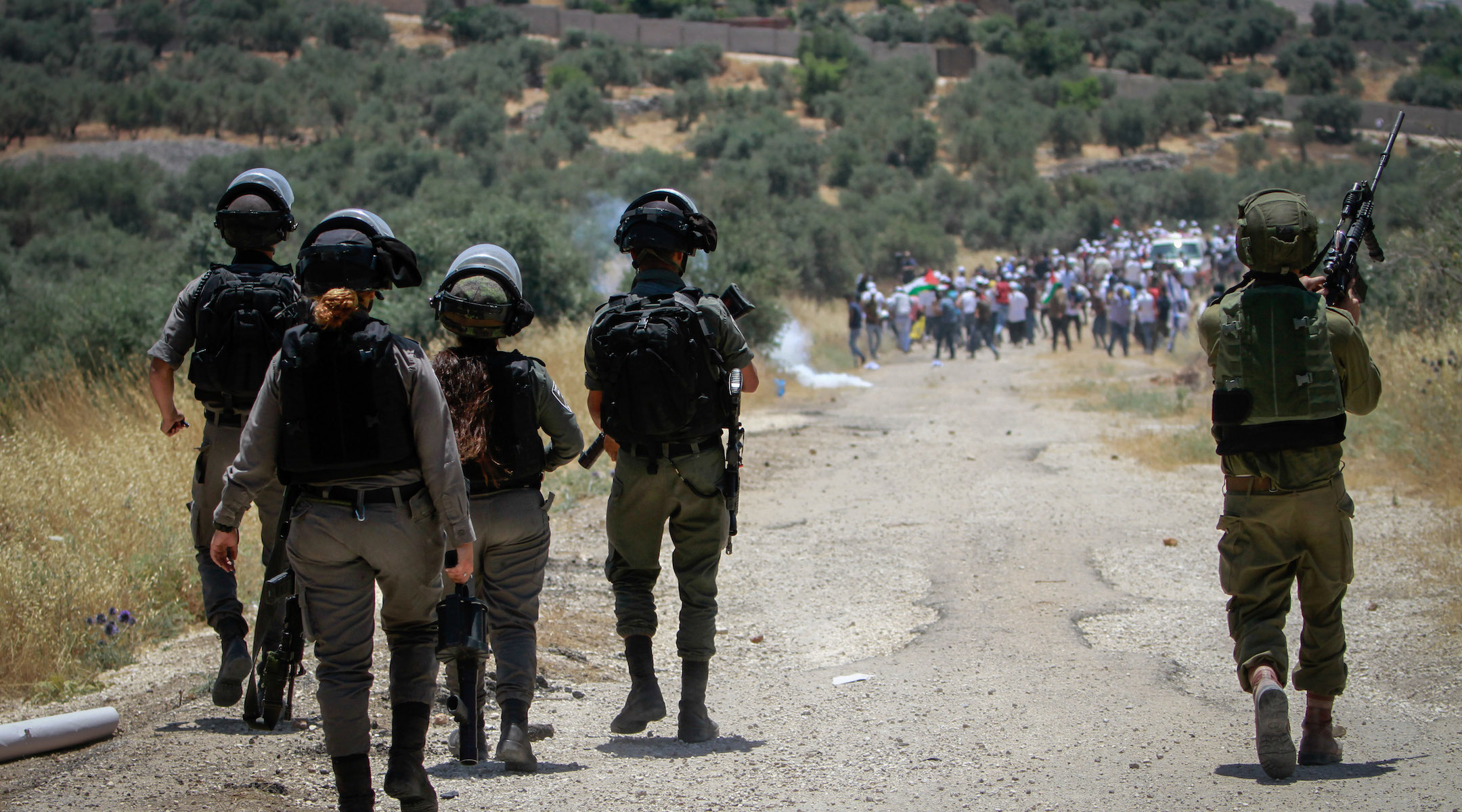 Palestinian demonstrators clashed with Israeli soldiers in the village of Azmut near the Jewish settlement of Elon Moreh in the West Bank, June 28, 2019. (Nasser Ishtayeh/Flash90)
Advertisement

(JTA) — Police in Jerusalem shot and killed a 19-year-old amid riots in the eastern neighborhood of Isawiya.

Mohammed Abid launched a firecracker from short range at police during riots on Thursday, police told Israel Hayom. Officers fired back at him to neutralize a threat, saidpolice.

Abid was recently jailed by Israel for planning to carry out a shooting attack, the report said. He was released in recent weeks.

Nine Palestinians were arrested and several others injured in the riots.

Additional violence ensued at Hadassah Medical Center on Mt. Scopus, where Abid’s family tried to claim his body. It is being held until a forensic autopsy is performed on it, in keeping with regulations concerning gunshot victims. Family members attacked security guards, who restrained some of the attackers, Mako news reported.