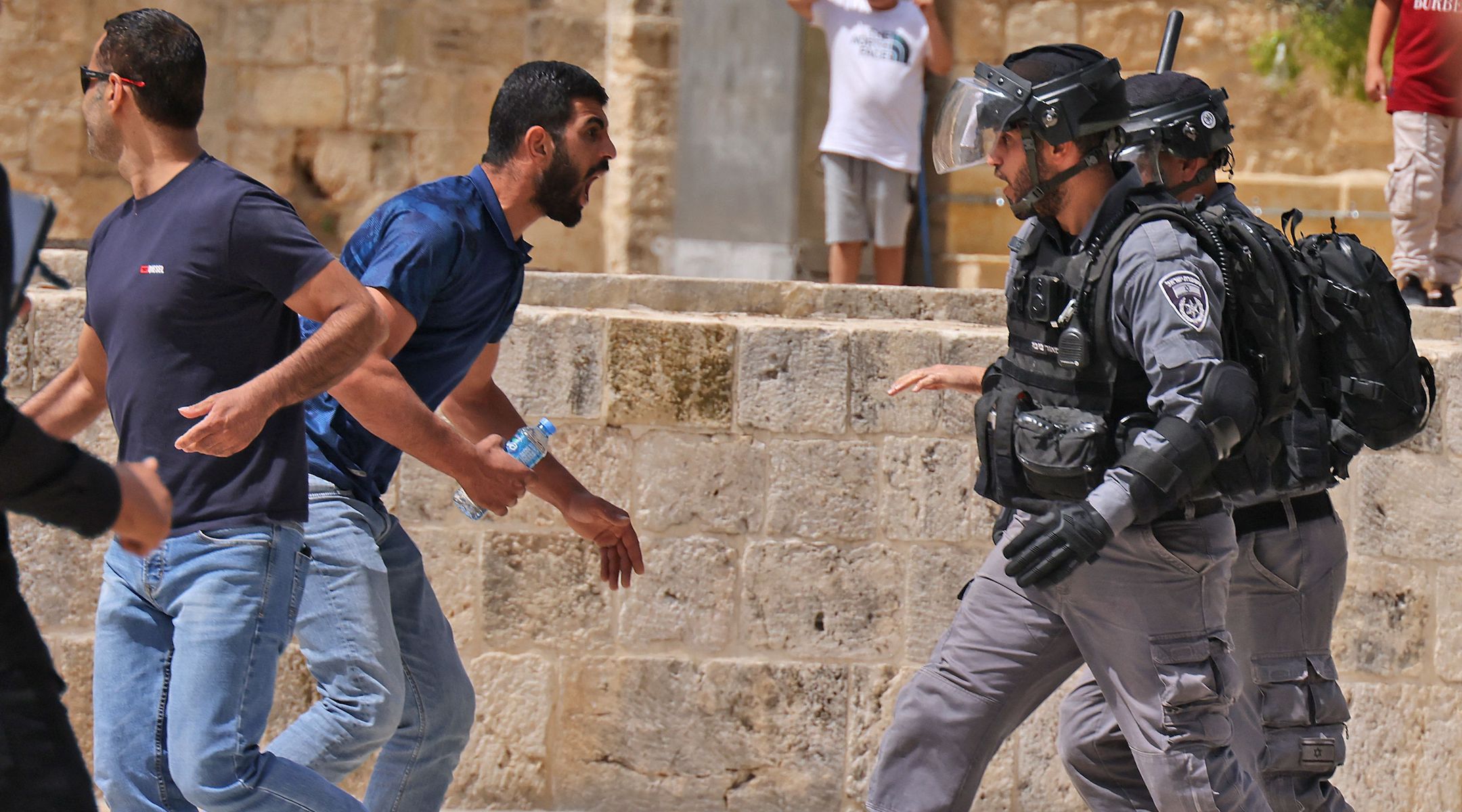 (JTA) — Palestinians outside the Al-Aqsa Mosque in Jerusalem threw bottles and other objects at Israeli police officers who responded with stun grenades in renewed clashes on Friday, hours after a ceasefire between Israel and Hamas took effect.

Reuters reported the fighting took place after Palestinians stayed in the mosque compound, known to Muslims as al-Haram al-Sharif and to Jews as the Temple Mount, after midday prayers. Israeli police said that some of the demonstrators threw rocks and petrol bombs at officers.

Medics told Reuters that 20 protesters were injured and two were taken to a hospital.

Similar fighting in the same spot launched the violence that preceded the larger-scale military conflict between Israel and Hamas, the group that controls the Gaza Strip. Palestinians protested and clashed with police throughout the Ramadan holiday, leading to Israeli police to enter the Al-Aqsa Mosque with stun grenades. Hamas began firing rockets into Israel the following day.

According to Haaretz, a senior Hamas official said Thursday night that his group was given “guarantees that Israeli aggression at Al-Aqsa Mosque” would stop after the ceasefire. Israeli officials responded by saying the ceasefire was agreed to “without any conditions.”