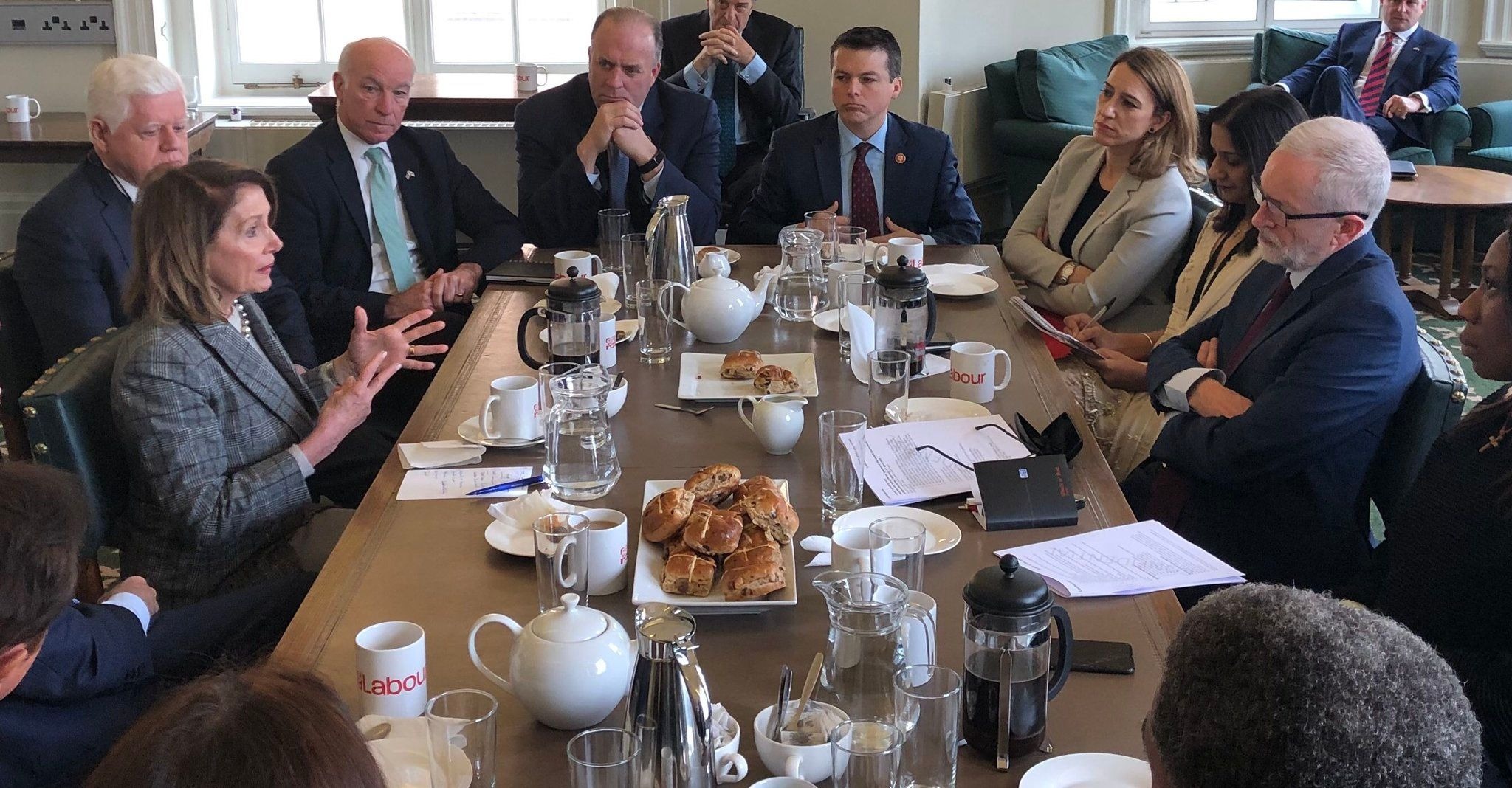 WASHINGTON (JTA) — Rep. Nancy Pelosi, D-Calif., made combating anti-Semitism on the left a centerpiece of her stop in London.

The Speaker of the House, leading a European tour with senior Democrats, met Sunday with three members of Parliament who defected from the Labour Party in large part because they said its leader, Jeremy Corbyn, did not adequately address anti-Semitism within the party. She also met separately with Corbyn and raised the importance of fighting anti-Semitism in that meeting as well.

“Important discussion with former Labour Party MPs @MikeGapes,@ChrisLeslieMP & @IanAustinMP to hear their perspective on Brexit, why they left the Labour Party, and the importance of standing unequivocally against anti-Semitism wherever it is found,” Pelosi said in one of her London-datelined tweets.

“Pleased to have had a candid discussion with @jeremycorbyn today about the direction of Brexit, Northern Ireland, NATO, acting boldly on climate, protecting human rights, and the necessity of forcefully confronting anti-Semitism & Islamophobia,” she tweeted.

Pelosi has in recent months dealt with a controversy within her own party over remarks by a freshman Democrat, Rep. Ilhan Omar, D-Minn., that were perceived by Republicans and some Democrats as anti-Semitic. Pelosi has condemned anti-Semitism but also pushed back against some of Omar’s critics on the right, including President Trump, for what she said was possible incitement against the Muslim lawmaker.