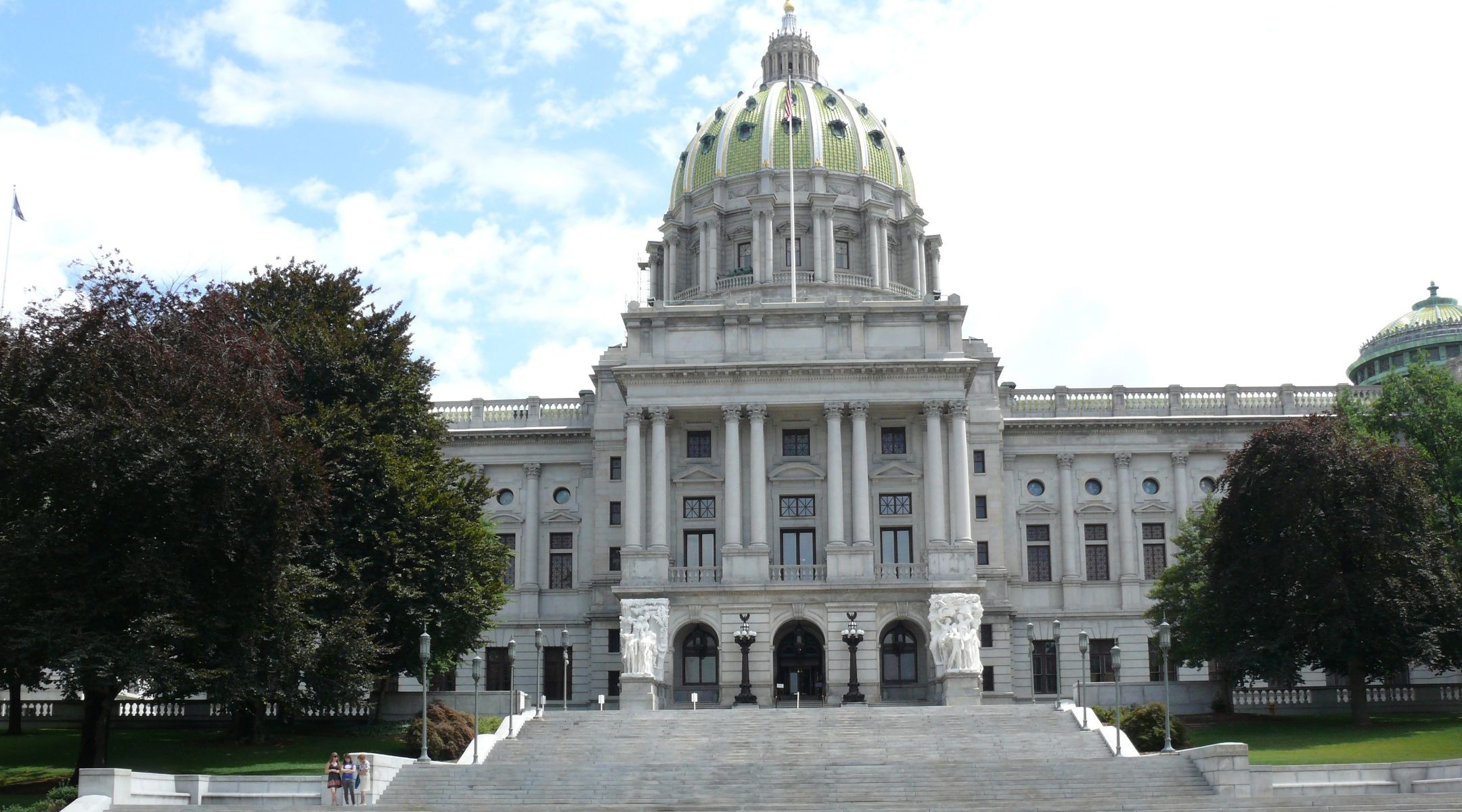 Republican State Rep. Cris Dush made the statement during a House State Government Committee hearing on Monday, local media reported. He reportedly apologized after the hearing. It is another incident of the use of Holocaust imagery and rhetoric to express opposition to coronavirus regulations.

“More and more I go back to the German Democratic Nationalist Socialist Party, the Nazi party. I go to the Union of Soviet Socialist Republics, the USSR,” Dush said. “This is a socialist playbook.”

State Rep. Kevin Boyle, the committee’s ranking Democrat, condemned the comparison. “Chairman, this is outrageous. Stop it with the Nazi references. It is offensive and wrong, stop this,” he said, according to the Philadelphia Inquirer.

State Rep. Jared Solomon, who is Jewish, told the Inquirer that after the hearing, on the House floor with all members present, Dush apologized for his remarks.

Solomon said such rhetoric “undercuts the atrocities that the Nazi regime committed against six million Jews across the globe.”

“Here I am looking across at a guy I know, and something, my religion, my culture of being Jewish, which is so important to me, did not give him pause,” Solomon said. “When you begin to talk about the Nazi regime as a reference point, you undermine the experience of not just the Jews who have perished, not just the Jews who have suffered anti-Semitism, but also their ancestors and Jews today who are constantly trying to make their memory real.”