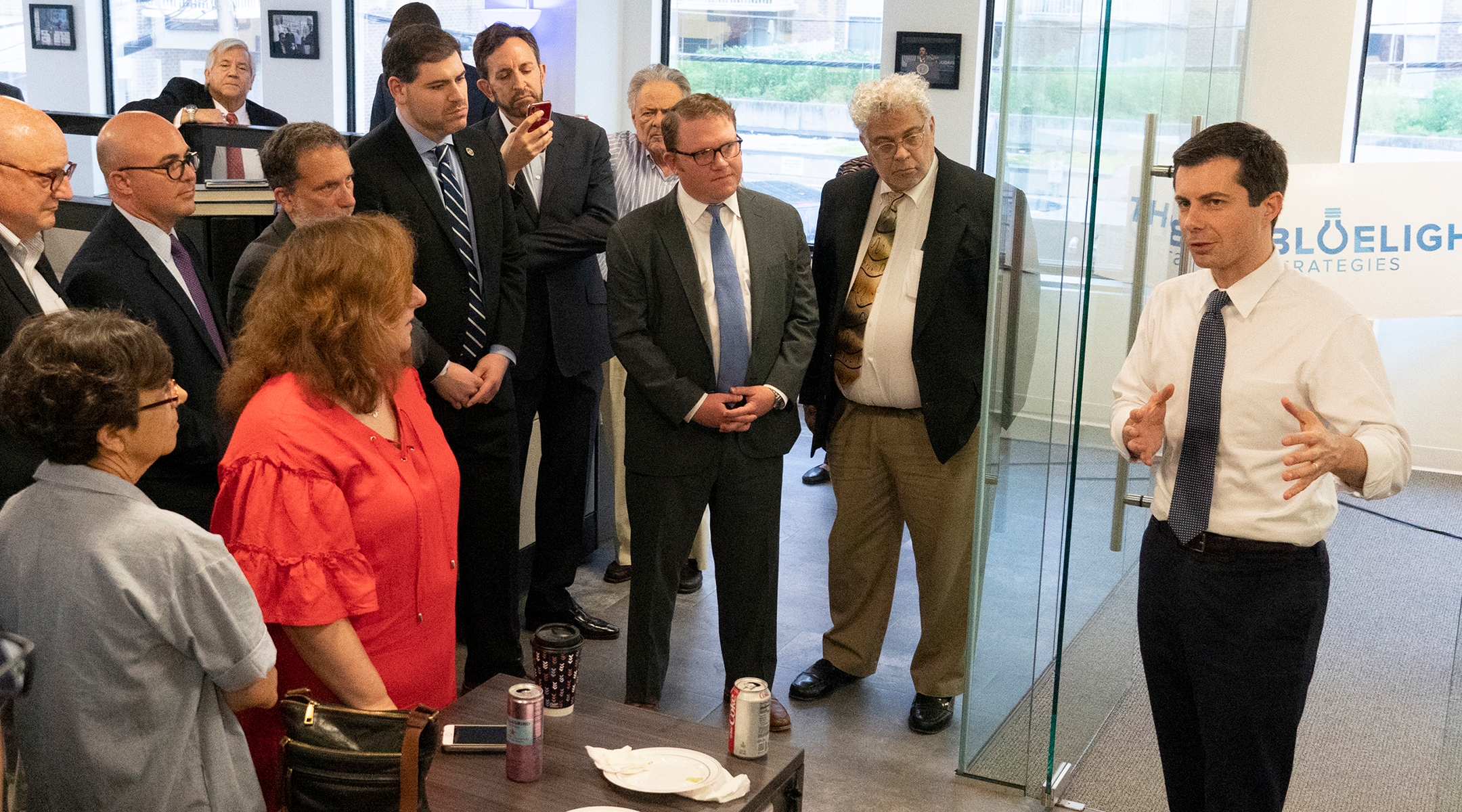 Buttigieg, the mayor of South Bend, Indiana, and a former naval intelligence officer, made his remarks Thursday at a meeting with several dozen representatives of Jewish groups held in Washington, D.C. The meeting was arranged by Bluelight Strategies, a public affairs firm.

One of the “biggest problems” facing American policy with respect to Israeli and Palestinian leadership, he said, is “we don’t have the right kinds of partners in leadership on the Palestinian side, is that we have to invest more energy in constraining their worst impulses than in trying to get a good outcome.”

The right approach to Israel, he said, “comes about when you have an ally or a friend that is taking steps that you think are harmful and you put your arm around your friend and try to guide them somewhere else.”

The Jewish representatives included Alan Ronkin, a regional director at American Jewish Committee; Mark Mellman, founder of the Democratic Majority for Israel group; and Norman Goldstein, vice president for Israel and Overseas at the Jewish Federation of Greater Washington.

In a talk Thursday with The Washington Post, Buttigieg said: “Being supportive of Israel does not have to mean that you are on board with the agenda of the Israeli political right wing. I am not. I believe that this move to walk away from peace will harm Israeli interests, will of course continue to contribute to the immiseration of the Palestinian people, and is not good for the U.S. either.”

Buttigieg accused the White House of welcoming those who “are blatantly anti-Semitic” and excusing “people who walk the streets chanting ‘Jews will not replace us.’”

Therefore, he said, there is no merit to Republicans calling on “Jews on mass should leave the Democratic Party.”

The Democratic Party has faced criticism from Republicans for perceived inaction on remarks seen as anti-Semitic by freshman Reps. Ilhan Omar and Rashida Tlaib.