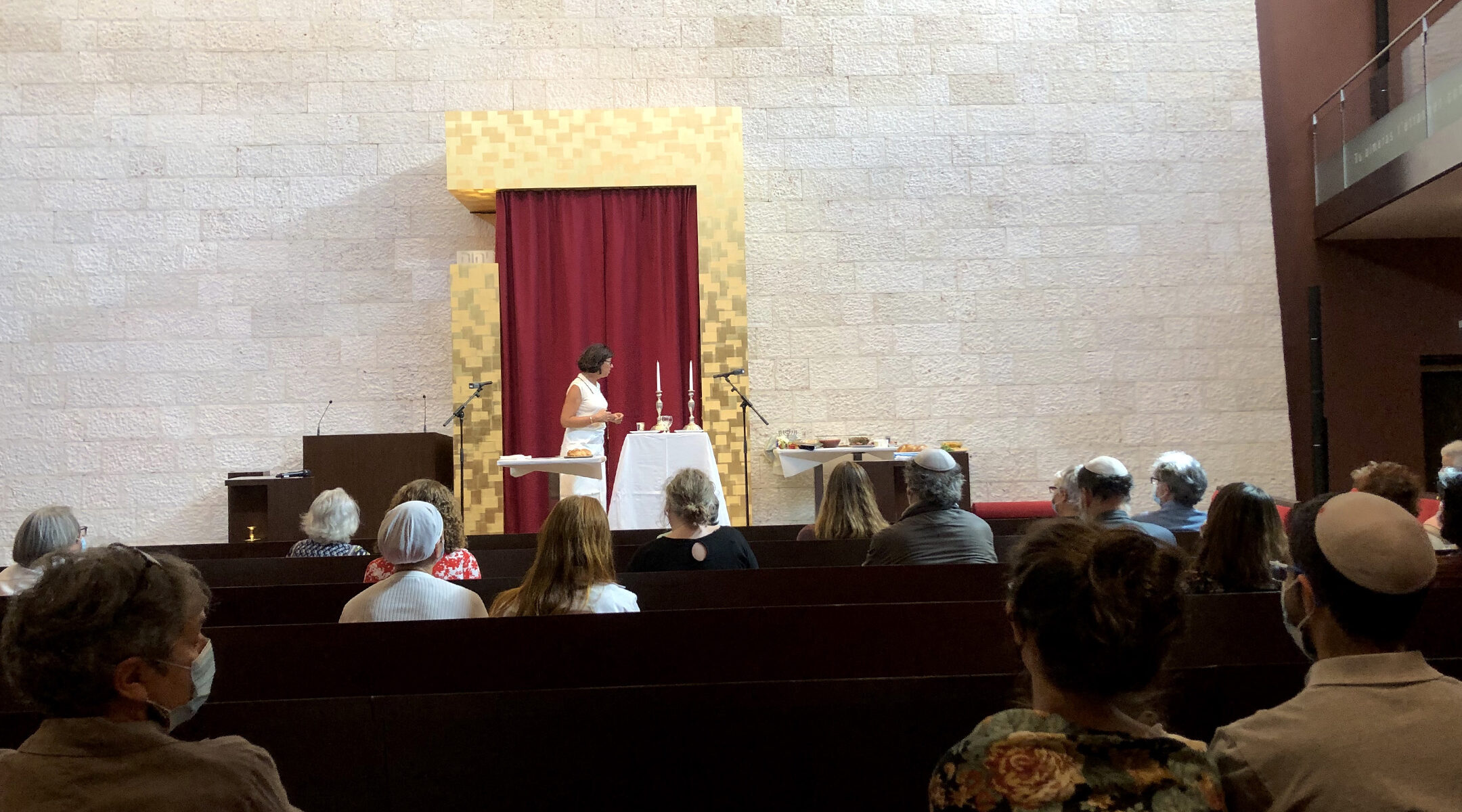 A member of the GIL Jewish community, Karin Rivollet, speaks about Judaism at the GIL synagogue in Geneva, Switzerland, Sept. 6, 2020. (Courtesy of GIL)
Advertisement

(JTA) — Pig meat was left at the entrance to two synagogues in Switzerland.

The incidents last week were a deliberate attempt to desecrate the CIL Orthodox synagogue in Lausanne and the GIL Reform synagogue in Geneva, the Swiss Federation of Jewish Communities wrote in a statement published last week.

Far-right activists in Europe place pig meat, parts and carcasses at mosques, and more rarely at synagogues, as pigs are considered unclean in both Islam and Judaism.

Different individuals carried out each act, the federation’s statement said. Police are investigating the synagogues’ complaints.

At the Lausanne synagogue, the perpetrator left a stuffed pig toy and a pack of bacon, the federation said. In Geneva it was several pieces of pig meat.