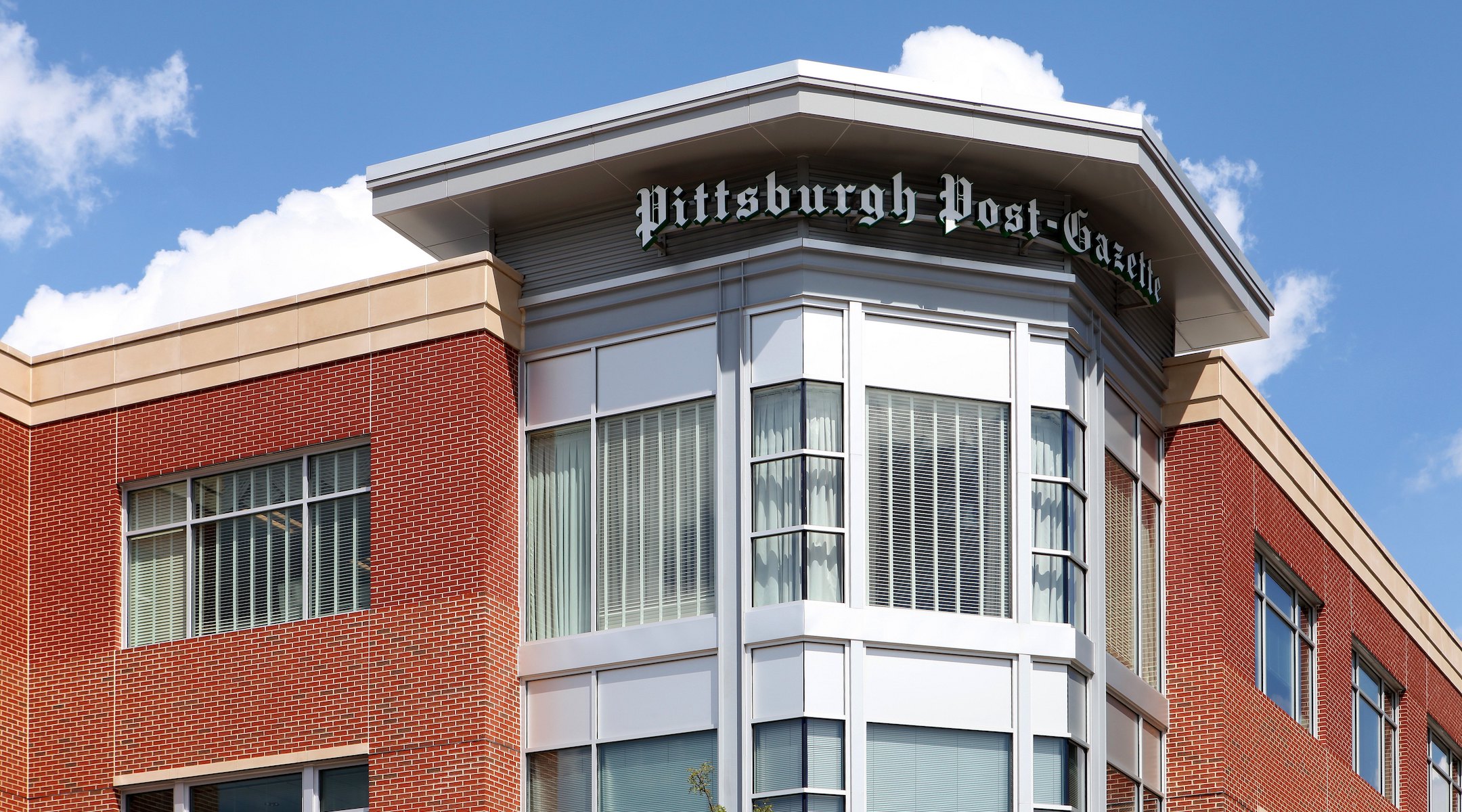 (JTA) — Employees of the Pittsburgh Post-Gazette donated to the Tree of Life synagogue the $15,000 they won for their Pulitzer Prize for their coverage of the deadly anti-Semitic shooting there.

The newspaper won the prize in April for its “immersive, compassionate coverage” of the attack, the judges said, the paper wrote Wednesday. A gunman killed 11 people and wounded seven at the Tree of Life on Oct. 27.

Splitting the monetary award among those who had participated in the news coverage “just didn’t seem right,” the report said.

Publisher John Robinson Block suggested to donate the prize money to the Tree of Life to help repair its bullet-riddled temple in the Squirrel Hill neighborhood.

On Aug. 29, in the Post-Gazette newsroom, Executive Editor Keith Burris presented a $15,000 check to Rabbi Jeffrey Myers and Samuel Schachner, president of the congregation.

“We feel bound to you and your congregations – by memory and duty,” Burris said in a speech. “And we offer you, in humility, our service – as scribes and witnesses.”