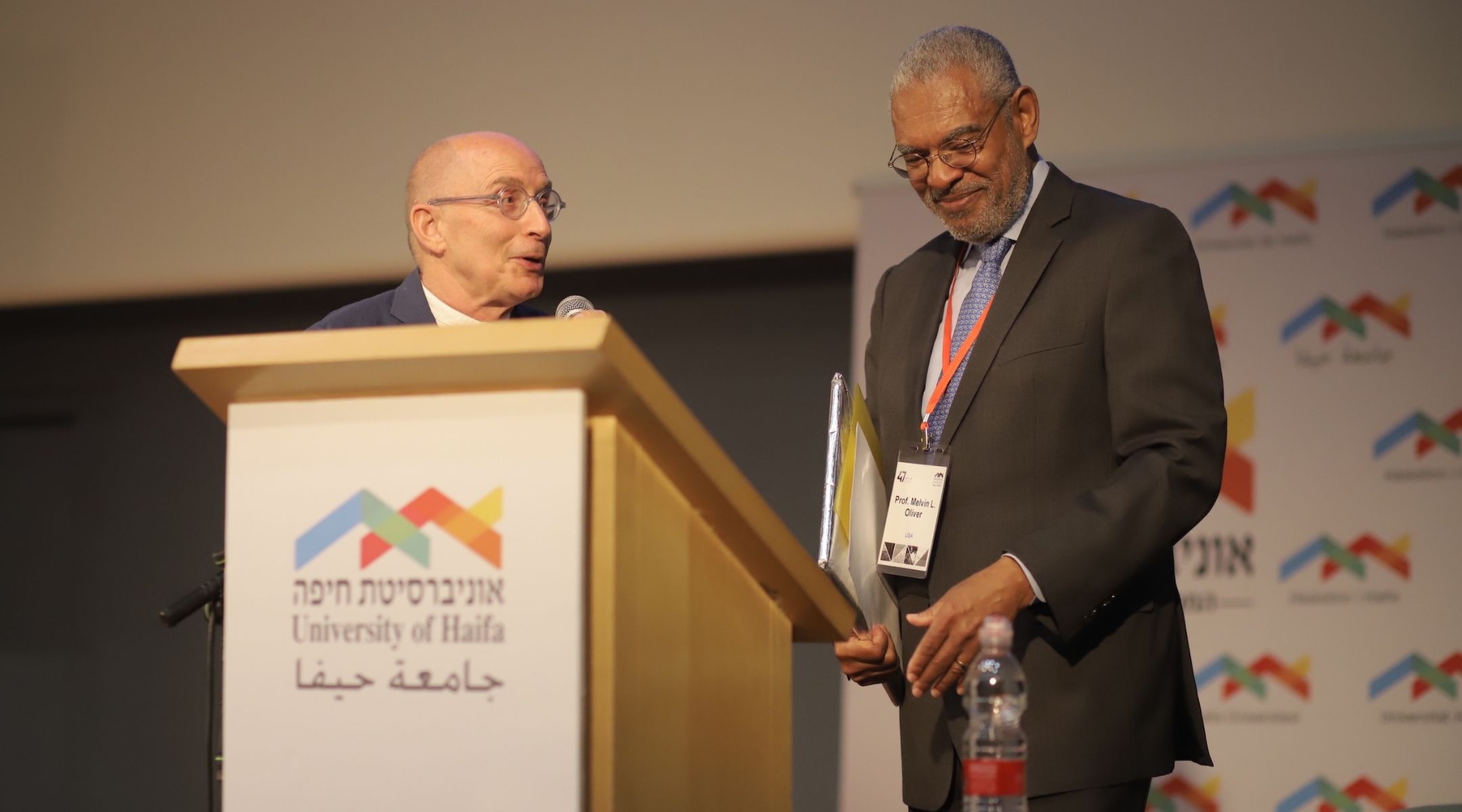 JERUSALEM (JTA) — First the president of Pitzer College showed his distaste for an academic boycott of Israel with a historic vote. Then he showed up in person to reiterate how he felt.

Melvin Oliver came to a meeting Tuesday of the University of Haifa board of governors two months after he vetoed a nonbinding recommendation passed by the Pitzer College Council to suspend the study abroad program at the university in northern Israel.

“Academic boycotts of any nation set us on a path of breaking the free exchange of ideas,” Oliver said in Haifa. “To boycott a country on the basis of their policies is by definition a blanket indictment of the nation itself, and by extension its citizens.

He added: “It is a credit to your institution that in this debate, no one can point to any policies or actions by the University of Haifa that would even be remotely linked to a rationale of suspending our program. With your diverse student body, you are really a model institution for us to partner with and I hope we can continue for years to come.”

The Pitzer council, which is made up of  students and faculty, passed the recommendation in mid-March in a 68-25 vote with eight abstentions. Proponents of the Boycott, Divestment and Sanctions movement against Israel spearheaded the measure.