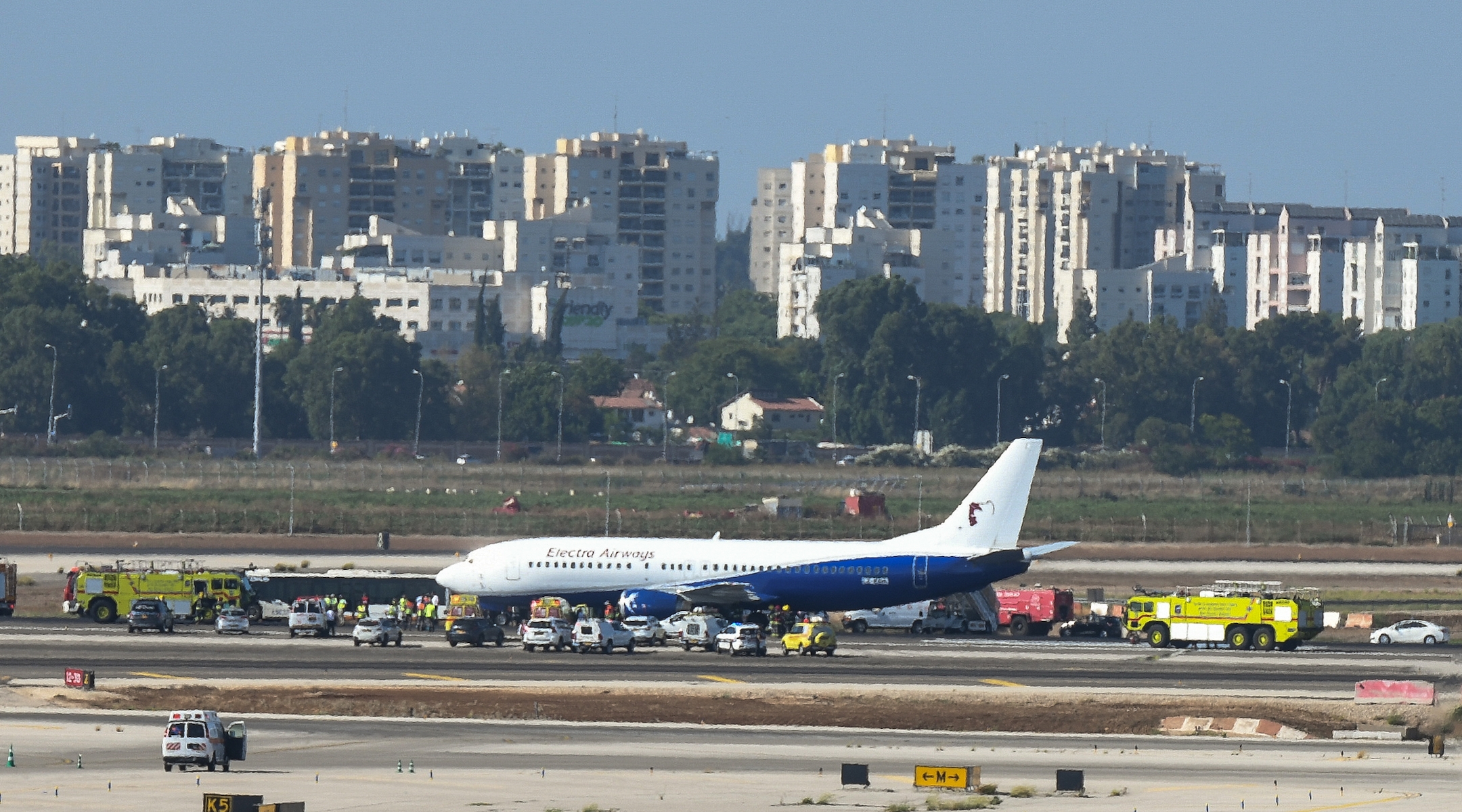 An Electra Air Boeing 737, seen on the runway after an emergency landing, made it safely to Ben Gurion Airport near Tel Aviv, July 1, 2019. (Flash90)
Advertisement

JERUSALEM (JTA) — Ben Gurion Airport in Israel went on its highest alert Monday and cleared its runways as a Bulgarian passenger plane with a blown tire approached from Cologne, Germany, on a scheduled flight.

More than 100 ambulances and firetrucks arrived to await what officials feared could be a fiery landing.

Live television captured the afternoon drama as the Electra Airways 737 jet flew over the airport’s control tower to verify the flat tire before heading for the runway.

Meanwhile, a nearby Tel Aviv hospital cleared out its emergency room as a message circulated on Israelis’ WhatsApp asking people to recite psalms for the safety of the passengers.

The plane landed safely, braking with its engine in reverse in order to avoid putting pressure on the tire. Faulty tires can catch fire due to the speed and heat generated from the landing, and the fuel tanks are located nearby, leading to the extreme caution.

Ground crews in Cologne found pieces of tire on the runway after the flight took off and declared an emergency.

Prior to landing, the plane dumped fuel into the Mediterranean and Israeli Air Force jets inspected the craft from the air to determine which tire had blown.