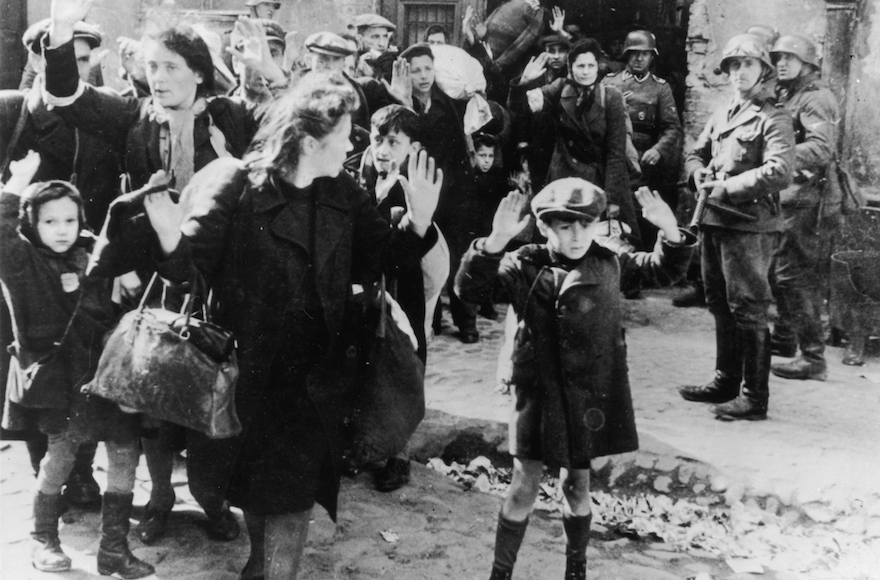 WARSAW, Poland (JTA) — Polish Institute of National Remembrance has filed a lawsuit against NBC journalist Andrea Mitchell, who, reporting on the recent Middle East summit in Warsaw, who said that the Warsaw Ghetto Uprising was against “the Polish and Nazi regime.”

Mitchell in Warsaw interviewed, among others, U.S. Vice President, Mike Pence, who visited the Museum of the History of Polish Jews and the monument to the Ghetto Heroes. In describing the visit, Mitchell told NBC viewers that Jews from the Warsaw Ghetto fought against the “Polish and Nazi regime.” She later apologized for her words on Twitter. However, according to the Institute of National Remembrance, that is not enough.

“She provided untruthful information in a report that was followed by millions of people around the world. We demand a correction on the television, in a place where false information has been given,” said Institute head Jaroslaw Szarek, in an interview with “Gosc Niedzielny” newspaper.

Last year, the Act on the Institute of National Remembrance was amended, which led to a crisis in relations between Israel and Poland. According to the first version of the new law, “anyone who, in public and contrary to the facts, imputes that the Polish Nation or the Polish State was responsible or co-responsible for the Nazi crimes committed by the Third Reich or for other crimes against peace, humanity or war crimes, or otherwise grossly diminishes the responsibility of the actual perpetrators of these crimes,” were to be punished with a fine or imprisonment of up to 3 years. This was later amended to change criminal charges to civil charges.