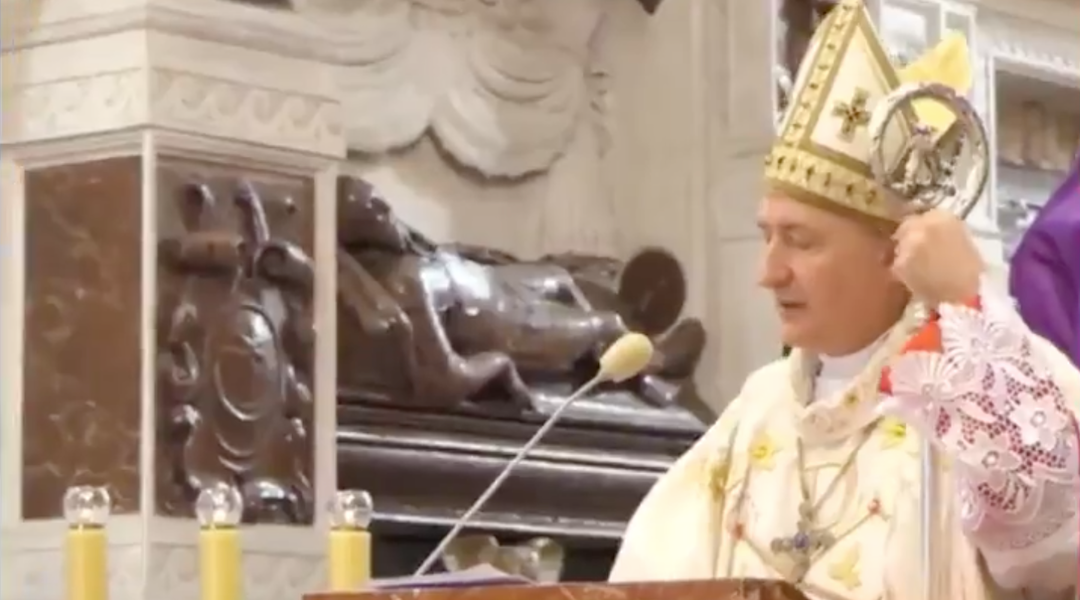 KRAKOW, Poland (JTA) — A Polish bishop said that “a certain nation” plotted in 1937 to divide and slander the Catholic Church by controlling the media.

Andrzej Jeż, the top Catholic spiritual leader in the city of Tarnow, near Krakow, appeared to be referring to Jews last month in his Easter sermon, which was filmed.

The video aired Thursday in an article by the Israel Broadcasting Corp., or Kan.

“A certain nation, I can’t name it because I would be attacked from all sides immediately, said this: ‘Our natural enemy is the Catholic Church. We need to slander them and sow hatred against them, we have to create scandals about their private lives to incite hatred and ridicule against them. We must strengthen our media because then our control will be strong and secure’,” Jez said.

Michael Schudrich, the chief rabbi of Poland, said the remarks underscore an internal fight within the Catholic Church between supporters and opponents of that institution’s reform about 50 years ago of its anti-Semitic tenets.

“I’ve never heard anything like this said,” Schudrich told Kan. “What the bishop said goes against modern-day Catholic faith.”