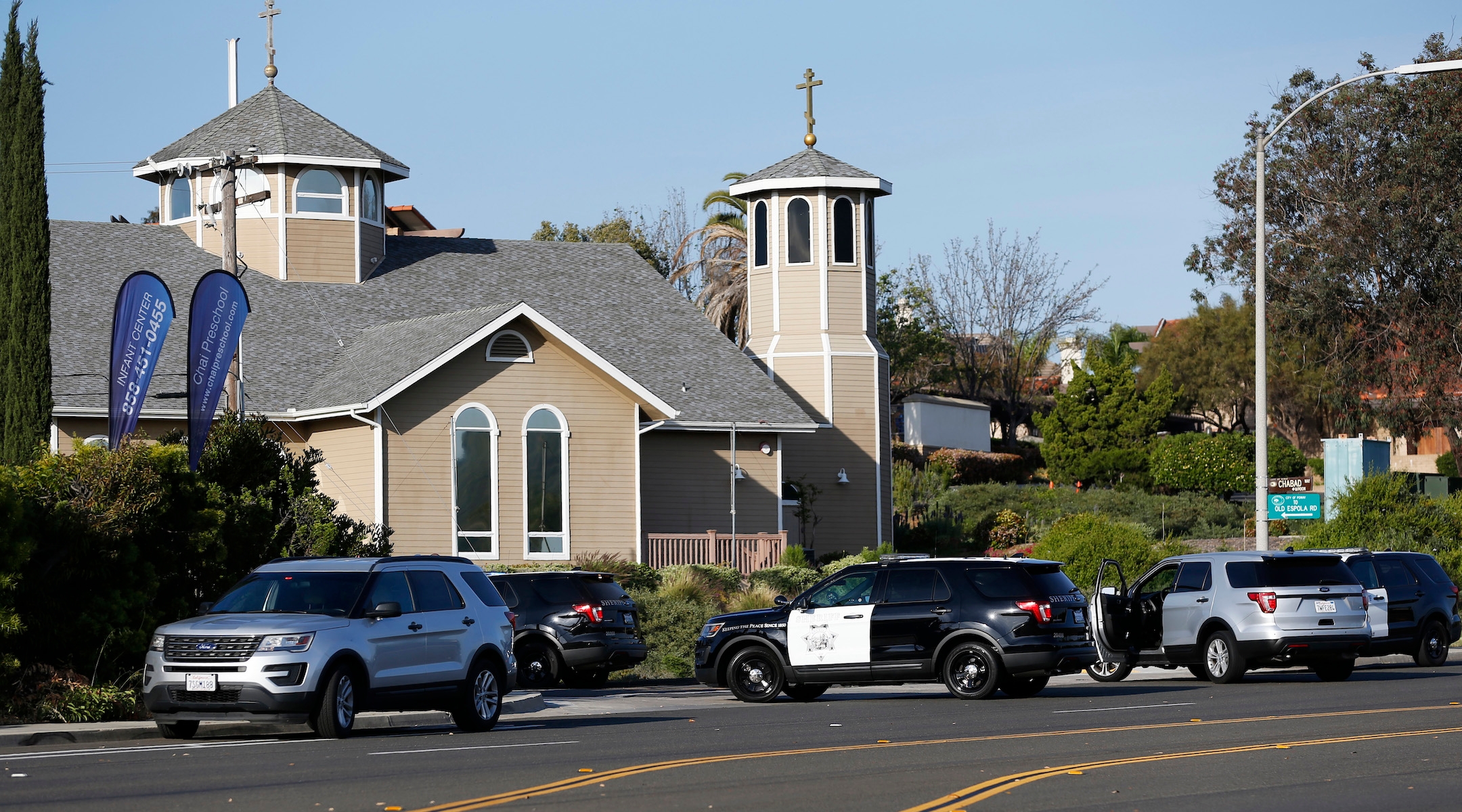 A preliminary hearing was held in the case of the alleged gunman in the deadly shooting at the Chabad of Poway synagogue in April 2019. (Xinhua/Li Ying via Getty Images)
Advertisement

(JTA) — The accused gunman in the deadly shooting at a San Diego-area synagogue told a 911 operator in the moments after the attack that he did it to save white people from Jews.

The recording was played Thursday at a preliminary hearing in San Diego to determine if the case should proceed to trial, the Associated Press reported.

One woman was killed and three people were wounded in the April 27 shooting at the Chabad of Poway synagogue.

“I’m defending our nation against the Jewish people, who are trying to destroy all white people,” John Earnest told the operator, adding that he believed he had killed people. Earnest gave detailed descriptions of the San Diego intersection where he was parked shortly before he was taken into custody.

The hearing featured witnesses including a combat veteran who confronted the suspect and a medical examiner who described the wounds of the woman who was killed, according to the AP report.

Earnest, 20, has pleaded not guilty to murder, attempted murder and an unrelated arson charge at a mosque. The murder charge, classified as a hate crime, would make him eligible for the death penalty if convicted, but prosecutors have not said what punishment they will seek.

During the 911 call, Earnest said without prompting that he would leave his AR-15 rifle on the passenger seat and step out of the car once law enforcement arrived.

“You guys are taking a long-ass time,” he is heard saying before police arrived.