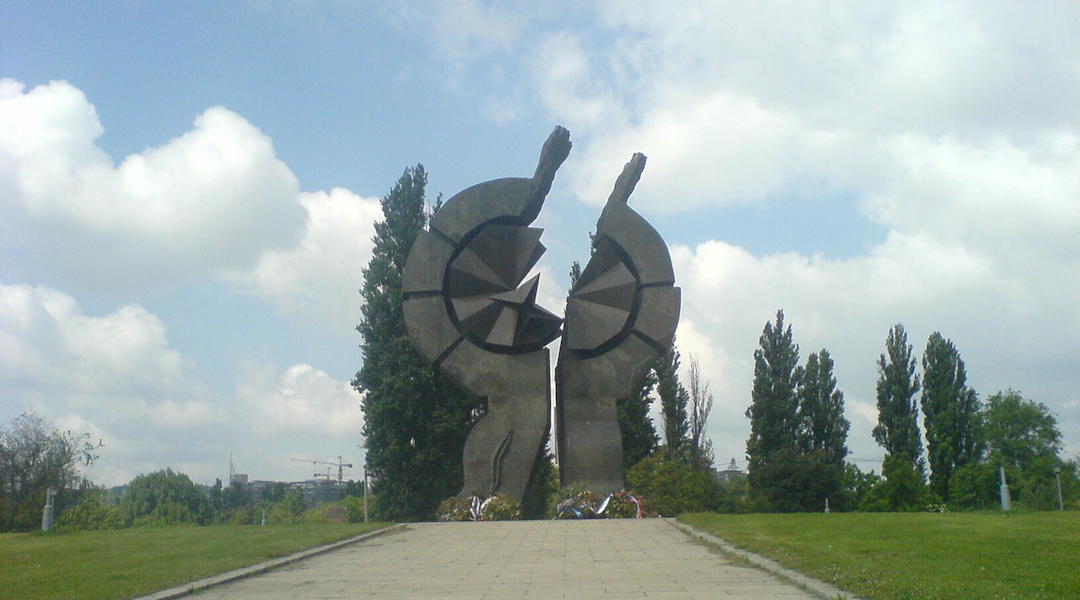 A monument commemorating the victims of the Staro Sajmiste concentration camp in what is now Belgrade, Serbia. (Wikimedia Commons)
Advertisement

(JTA) — A preschool in Serbia opened at a building that once was part of a Nazi concentration camp.

The building at Staro Sajmiste has housed a number of businesses over the years and government promises to build a Holocaust memorial there have gone unfulfilled for decades, according to The Guardian.

“The kindergarten is inappropriate when you consider what took place there,” Federation of Jewish Communities of Serbia President Robert Sabadoš told the British newspaper. “But what’s an even bigger scandal is that pubs have been located down there for years, decades even. There even used to be a nightclub. That site was a place of misery and suffering, and that can’t be allowed to be forgotten.”

The current owner of the building denies that he has profaned the site, saying he has “been battling for 20 years, investing in this building, caring for it, nurturing it.”

“I bought it in a terrible state, totally ruined,” he told The Guardian. “It didn’t even have a roof, it was completely rotten. They should compare the state of this building in ’98 and today. They should all be saying ‘thank you kindly, sir, excellent work, sir.'”

Sabadoš said that many of those who operated businesses at Staro Sajmiste were likely unaware of its history.

“That’s a symptom of a failure of our collective memory,” he said.

Other former concentration camps in Serbia have also been slated for development, including one at Topovske Šupe, the paper reported.