President Trump reportedly lashed out at Sheldon Adelson, one of his biggest donors 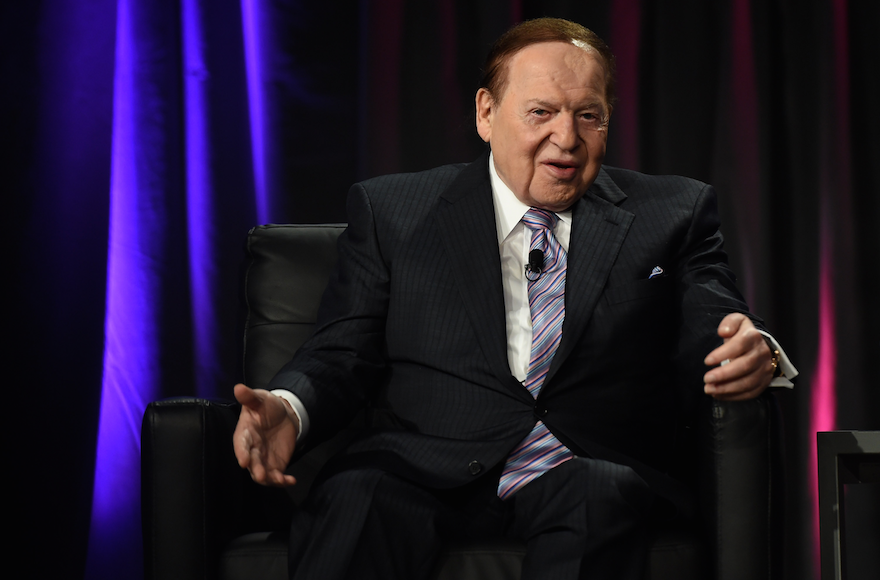 (JTA) — Sheldon Adelson might be one of Donald Trump’s biggest donors, but that doesn’t mean the two men have a warm relationship. According to a report in Politico this weekend, Trump appeared not to understand Adelson’s significance when the president spoke to him last week — and lashed out at the casino magnate for not donating more.

The 87-year-old casino mogul had reached out to Trump to talk about the coronavirus relief bill and the economy. But then Trump brought the conversation around to the campaign and confronted Adelson about why he wasn’t doing more to bolster his reelection, according to three people with direct knowledge of the call. One of the people said it was apparent the president had no idea how much Adelson, who’s donated tens of millions of dollars to pro-Trump efforts over the years, had helped him. Adelson chose not to come back at Trump.

When word of the call circulated afterward, Republican Party officials grew alarmed the president had antagonized one of his biggest benefactors at a precarious moment in his campaign. They rushed to smooth things over with him, but the damage may have been done.

The anecdote — first reported in less detail by the New York Times — is part of a story about the troubles facing the America First Action PAC, which has not raised or spent as much money as the leading fundraising group for Joe Biden, the Democratic nominee for president. Allies of Adelson told Politico that the mogul is disinclined to support America First Action but “is open to funding another pro-Trump outfit.”

Adelson and his wife, Miriam, have been among Trump’s and Republicans’ biggest and most reliable donors, though they did not begin supporting Trump until late in his campaign in 2016. In June, they gave $25 million to a super PAC working to elect Republican Senate candidates.