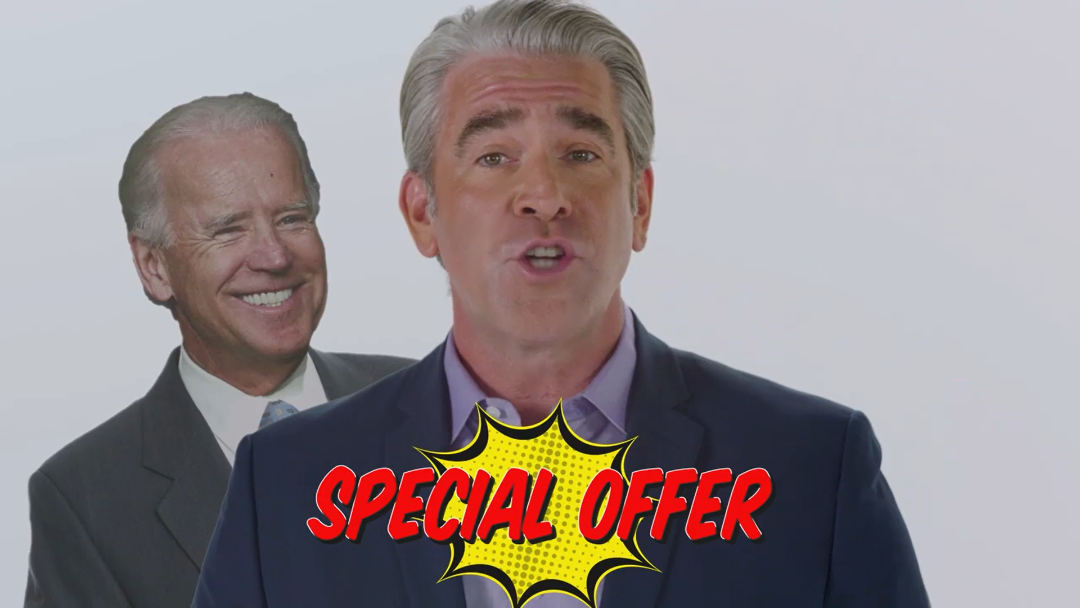 The Republican Jewish Coalition parodies an infomercial to target Joe Biden in this ad which debuted on October 2, 2020. (YouTube)
Advertisement

(JTA) — Pro-Israel groups are launching video ads in swing states a month ahead of the election.

The Republican Jewish Coalition is spending $3.5 million to screen ads in Miami-Dade, Broward and Palm Beach, three Florida counties where much of the state’s Jewish population is concentrated. The RJC ads launched Oct. 1.

Florida is considered critical to President Donald Trump’s reelection prospects, and the Jewish vote there is substantial enough that it could swing the state.

One of the RJC ads is a 30-second “infomercial” targeting what it says is the influence of the left-wing of the Democratic Party on nominee Joe Biden.

“Elect Joe Biden, get all his far-left friends too,” says the pitchman as “special offer” flashes on the screen and Biden appears surrounded by Senator Bernie Sanders and Minnesota Rep. Ilhan Omar.

Also launching ads are the Democratic Majority for Israel’s political action committee and J Street, although at this stage those ads will appear only on streaming or web platforms.

The DMFI Pac’s 30-second ad launched last week, called “Enduring,” runs audio of Biden saying that his commitment to Israel’s security is “not negotiable” and posts quotes by Israeli statesmen praising Biden, who has been close to the country’s leadership since his first term as a senator in 1973. The ad will target pro-Israel Floridians and voters in other swing states and will begin with a six-figure expenditure, the group said.

The J Street ad, launched on Monday, is nonpartisan, but its theme echoes messaging from the Biden campaign, which has made allegations that President Donald Trump is stoking racial division and encouraging white nationalists a centerpiece.

“White nationalists marched in Charlottesville and murdered Jews in Pittsburgh, peaceful protesters were attacked in Washington and Portland,” the ad says against footage from the confrontations. “Hate and intolerance are on the march but young Americans can change that. Every vote matters.”