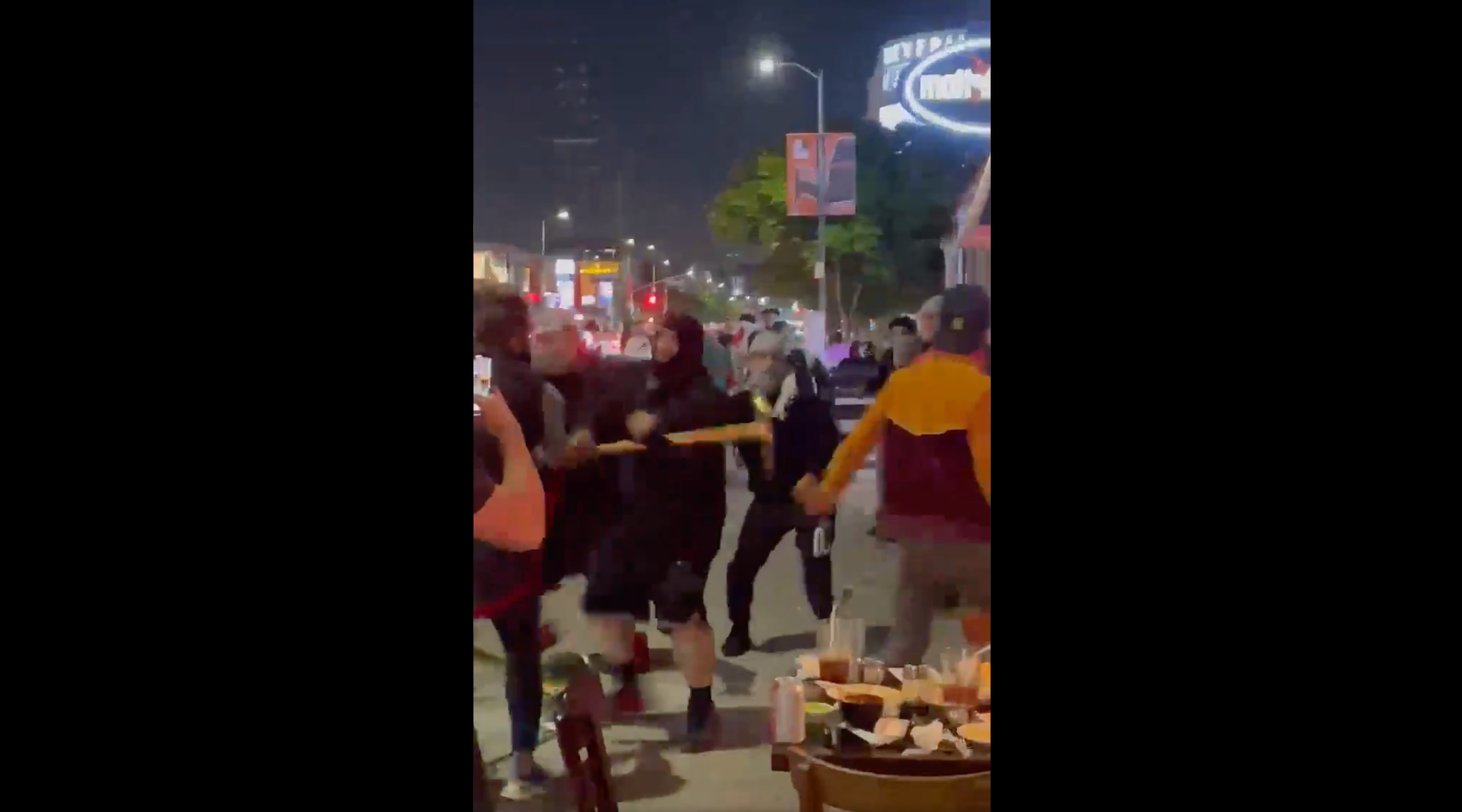 Pro-Palestinian demonstrators are captured on cellphone video physically attacking Jews at a restaurant in Los Angeles, May 18, 2021. (Screenshot)
Advertisement

Authorities are investigating one of the incidents as a possible hate crime.

In an altercation Tuesday night recorded on video, a group of men waving Palestinian flags attacked diners at a sushi restaurant in the neighborhood of Beverly Grove, throwing punches, bottles and other objects. The diners included a group of Jewish men.

Another man at the scene, who was not Jewish, told the local CBS affiliate that he and his group also were attacked and that he was pepper-sprayed when he tried to defend the group. He added that the attackers used antisemitic language to determine who at the restaurant was Jewish.

In an incident Monday night recorded by a security camera, an Orthodox Jewish man was chased by a caravan of Palestine supporters. He escaped unharmed.

The Los Angeles chapter of the Anti-Defamation League wrote on Twitter that it was “outraged” over reports of the attack.

“Criticism of Israeli policy is not always antisemitic. Violent attacks while yelling antisemitic slurs is a hate crime,” the organization wrote.

The Israeli-American Council, a Los Angeles-based nonprofit that says it aims to “strengthen the bond” between the U.S. and Israel, issued a statement calling the attack a “hate crime” and saying it was “deeply concerned” by the report.

Sinai Temple, the city’s largest Conservative congregation, sent an email to its members Wednesday acknowledging the attack and calling on law enforcement “to seek out the perpetrators, prosecute them to the fullest extent of the law and make clear that such crimes of hate will not be tolerated in our city or in our country.”

“We at Sinai who stand with Israel will not succumb to intimidation,” the temple’s rabbis and cantor wrote in the letter.