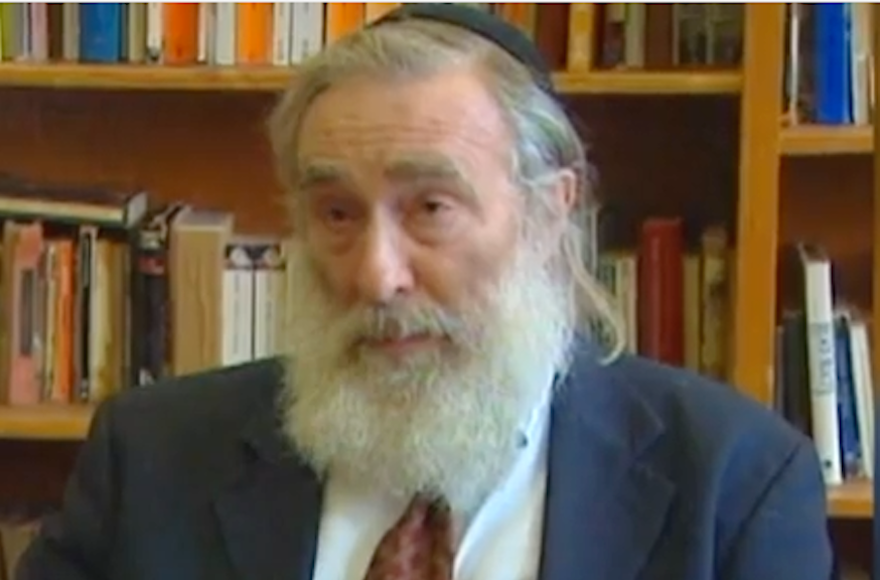 (JTA) — A prominent Connecticut rabbi was found guilty of sexual assault of a minor.

Four second-degree sexual assault charges were dropped because the statute of limitations on the accusations had expired.

Eliyahu Mirlis, 31, of New Jersey, accused the rabbi of raping and sexually molesting him hundreds of times from 2001 to 2005 when he was a minor and a student at the religious boarding school headed by the rabbi.

Sentencing on the counts of risk of injury to a minor was scheduled for Nov. 20. Each count carries a maximum penalty of 20 years, the newspaper reported.

Greer will appeal the verdict, his attorney said.

Superior Court Judge Jon Alander raised Greer’s bond to $750,000 following the verdict on Wednesday. Greer was released to home confinement after posting bail and agreeing to wear an ankle monitor and surrender his passport. Greer is allowed to leave his home only to visit the offices of his lawyers or a doctor, as well as a verified synagogue.

In May 2017, a federal jury in a civil lawsuit ordered Greer and the Yeshiva of New Haven to pay Mirlis $15 million in compensatory damages and $5 million in punitive damages.

Greer, who was an activist on behalf of Soviet refuseniks, has served on the New Haven police commissioner’s board and as a chairman of the city’s Redevelopment Agency.

Greer’s daughter, Batsheva, was one of five Orthodox students who sued Yale in the late 1990s claiming the Ivy League university violated their constitutional rights by requiring they live in coed dorms.