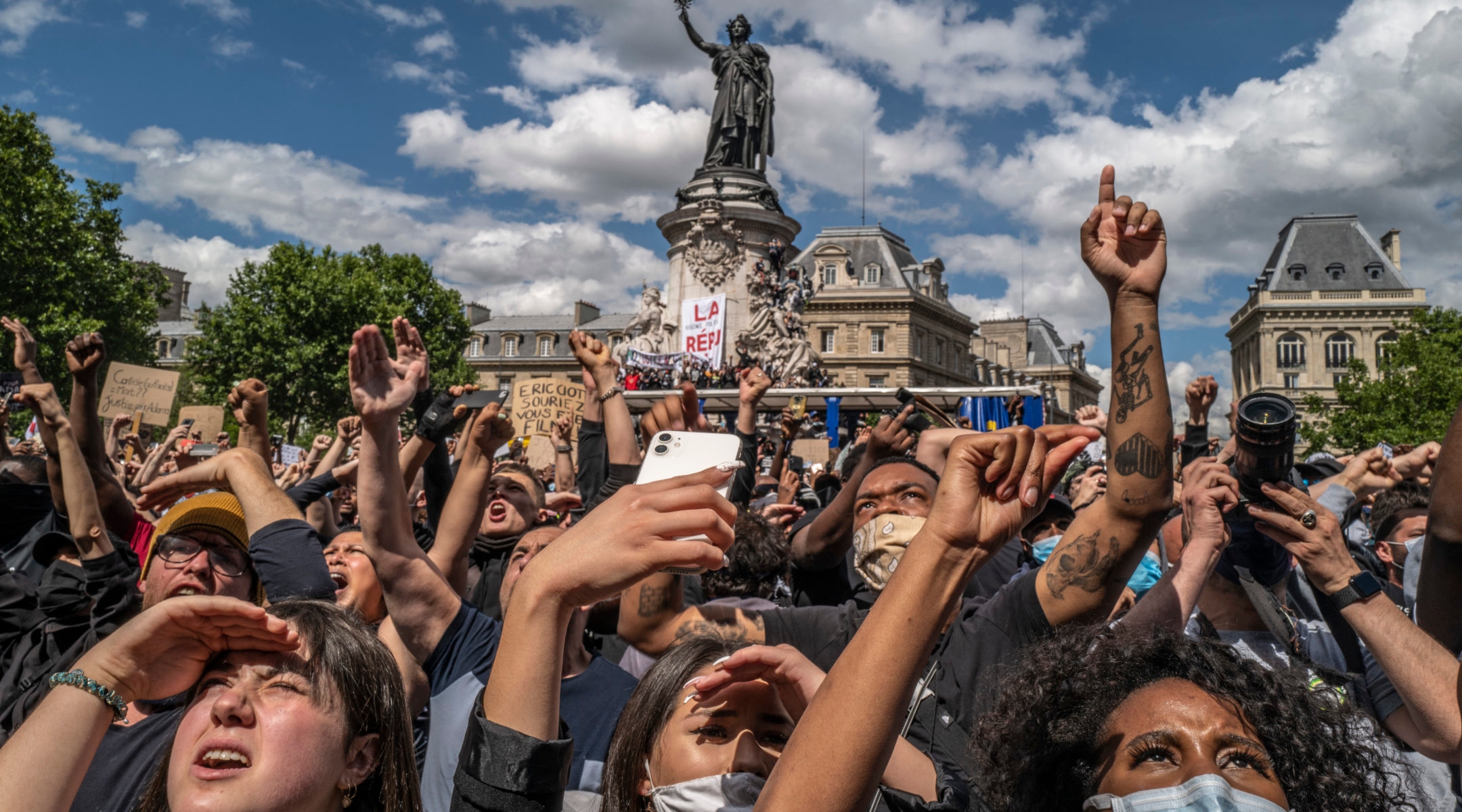 (JTA) — Paris police are investigating after multiple participants were heard shouting “dirty Jews” at a demonstration in Paris focused on Adama Traore, a black man who died in police custody there in 2016.

The chants erupted at Republique Square on Saturday during “Justice for Adama” rally, part of an international protest movement against police violence that has unfolded in recent weeks.

After counter-protesters unfurled a banner that said “Justice for victims of anti-white crimes,” several members of the crowd began shouting about Jews, in an episode caught on video. The Paris police department said in a tweet that it had reported the anti-Semitic comments to the French judiciary.

The chants about Jews in Paris “are an insult to the Republic but also to the cause that the demonstrators claim to promote,” wrote Francis Kalifat, president of CRIF, a group representing French Jewish communities and organizations, in a statement Sunday.

Traore’s death in police custody four years ago has spurred years of protest against police racism and brutality. Multiple reviews cleared the three officers who detained him of wrongdoing, with a final exoneration coming May 29. That was just days after George Floyd was killed in police custody in Minneapolis, igniting protests in the United States and reinvigorating protest in France over Traore’s case.

Among the best-known personalities involved in the ongoing Traore protests was Jean-Luc Melenchon, a far-left politician whom CRIF and others have frequently accused of anti-Semitism. He told the French media he did not hear the chants about Jews, which were documented on social networks.