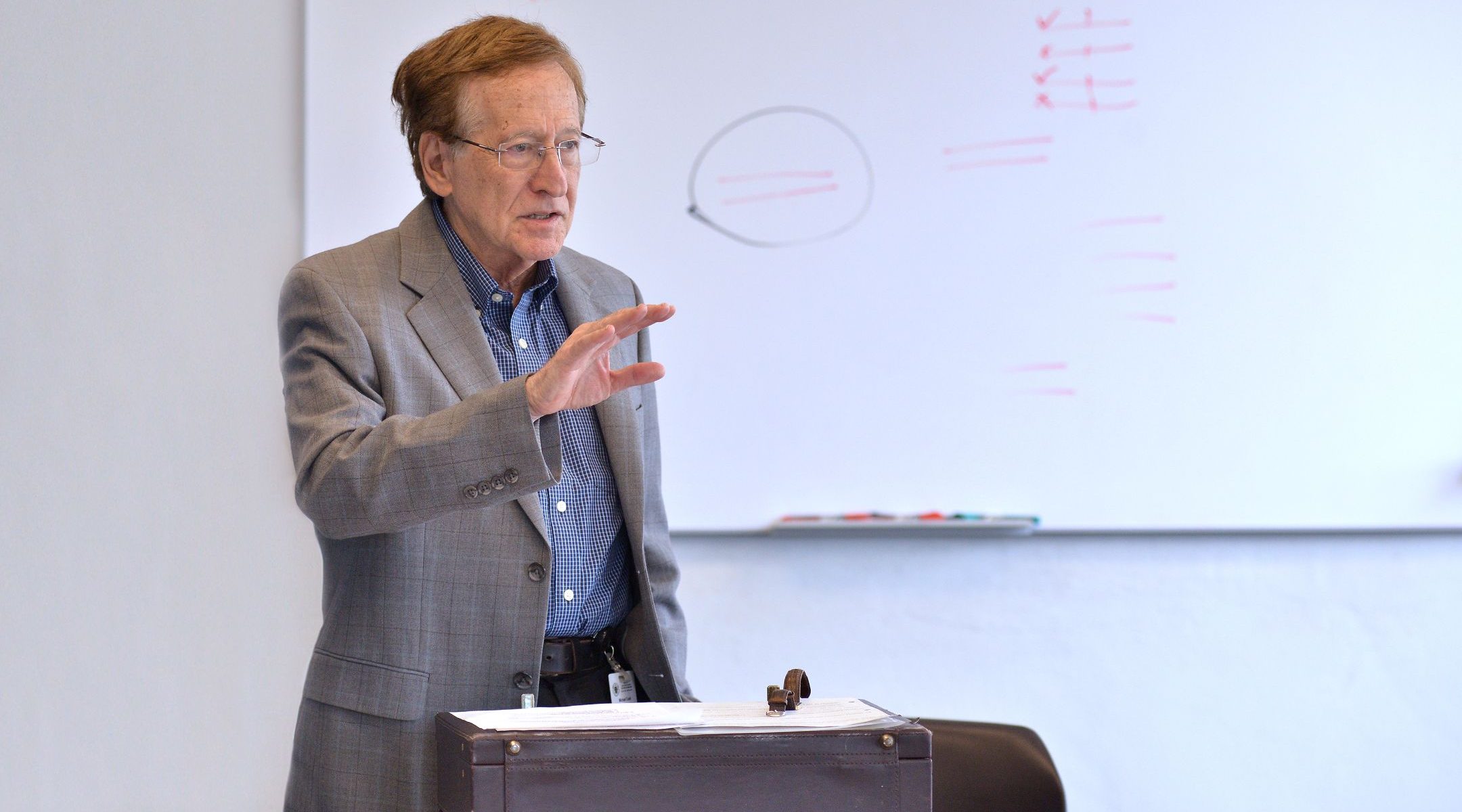 (JTA) — Rabbi Michael Cook, who identified and then fulfilled a need for Jewish rabbis to navigate a culture steeped in New Testament learning, has died.

Cook died March 30 at 79, said a statement from Hebrew Union College that did not name a cause. Cook for decades taught a required course on the New Testament at the school’s Cincinnati campus.

“His influence on the Reform Movement and the Jewish and larger world coincided with a time in which American Jews faced challenges navigating the challenges of living in a predominantly Christian culture society due to burgeoning assimilation, intermarriage, conversion, blended families, antisemitism, missionizing, and interfaith debates over Israel advocacy,” said Andrew Rehfeld, HUC’s president. “Through his teaching and publications, he provided the infrastructure for significant Jewish-Christian dialogue by clergy, scholars, and laity that contributed greatly to interfaith understanding in North America and around the world.”

The statement quoted Cook as explaining, in an article HUC posted not long after his 2019 retirement, why the New Testament discipline was necessary for rabbis.

Cook said his career “coincided with a time in which navigating Christian America had become increasingly difficult for Jews due to the burgeoning of assimilation, intermarriage, blended families, and a declining Jewish birthrate.”

He estimated that he had taught more than a thousand students who were now spread throughout North America in various roles administering to the Jewish community.

“It is my passionate hope that my career and my many students have had a powerful impact in allowing Jews to enhance their wellbeing simply by helping Christians realize that — far from being ‘blind’ — Jews have intelligible as well as intelligent reasons for processing the New Testament in their own way,” he said.