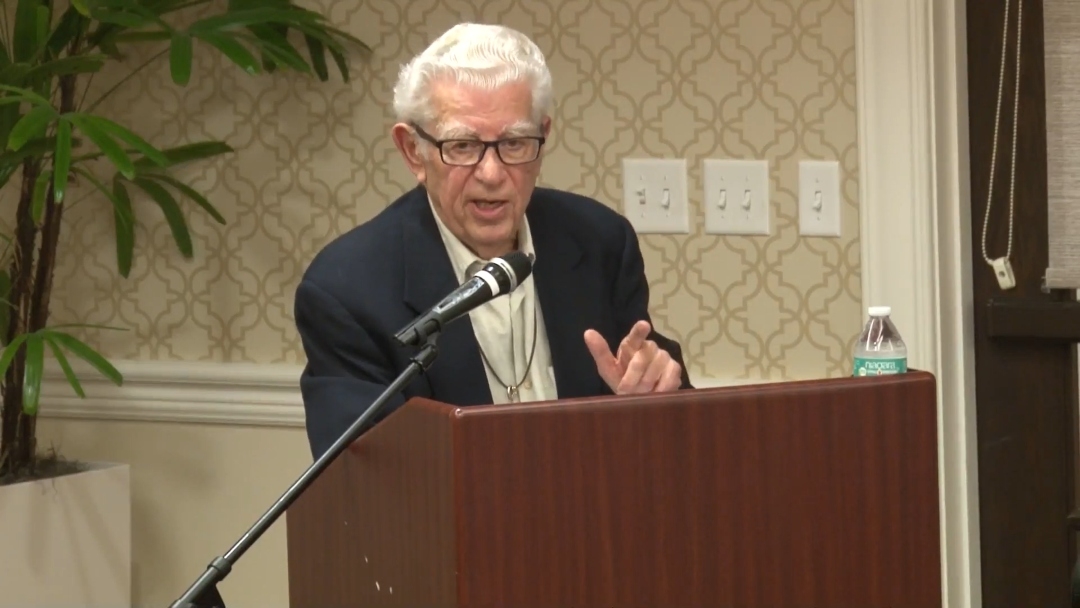 (JTA) — Rabbi Richard Hirsch spent the 1960s bringing Jews and Blacks closer in advancing civil rights in the United States. He spent the rest of his life bringing Reform Jews closer to Israel in advancing Zionism.

Hirsch died Monday in Boca Raton, Florida, his family said. He was 95.

The Cleveland native became the first director of the Reform movement’s Religious Action Center, serving from 1962 to 1973. Under Hirsch, the center became a lobbying powerhouse in Washington, D.C. Its Dupont Circle office became a locus for civil rights organizing: The 1964 Civil Rights Act and the 1965 Voting Rights Act were drafted in large part in its conference room. Hirsch personally lobbied President Lyndon Baines Johnson on voting rights.

Hirsch was close to the Rev. Martin Luther King Jr. and delivered the Jewish portion of the assassinated civil rights leader’s eulogy in 1968.

At the RAC, Hirsch was an outspokenly pro-Israel Reform rabbi — a relative rarity in the movement before 1967. He was close to the Israeli Embassy and to AIPAC, the prominent Israel lobbying group.

In 1973, Hirsch assumed the leadership of the World Union for Progressive Judaism, where one of his first acts was to move its offices to Jerusalem from London. The Reform movement dubbed the move “Reform Judaism’s most significant decision of the 20th century.”

He became the leading advocate for Reform Zionism, affiliating the movement with the World Zionist Organization and the Jewish Agency. During his more than 25 years at the World Union for Progressive Judaism, he helped found ARZA, the Reform movement’s Zionist affiliate (his son Ammiel, also a rabbi, led ARZA from 1992 to 2004), and spurred the founding of two kibbutzes in Israel. In 2010 he was the first Reform rabbi to light the torch during Israel Independence Day celebrations. His 2011 memoir was titled “For the Sake of Zion.”

Yet Hirsch, a dual U.S. and Israeli citizen,  remained an advocate of a Diaspora Jewish voice in Israeli policies, particularly as the policies impinged on the rights of non-Orthodox Jews.

Hirsch’s wife, Bella, a Russian speaker who helped him establish a Reform presence in the former Soviet Union, died in 2019. His children — a daughter and three sons, including Ammiel, now the senior rabbi at the Stephen Wise Free Synagogue in New York — said they plan to bury both their parents in Israel once the pandemic abates.

“For the past few years, our parents resided in Florida, so that they would be closer to us,” they said. “It was a form of exile for our father.”

His children alluded to the great 12th-century Jewish thinker and poet Judah Halevi: “While he lived in the West, his heart remained in the East.”