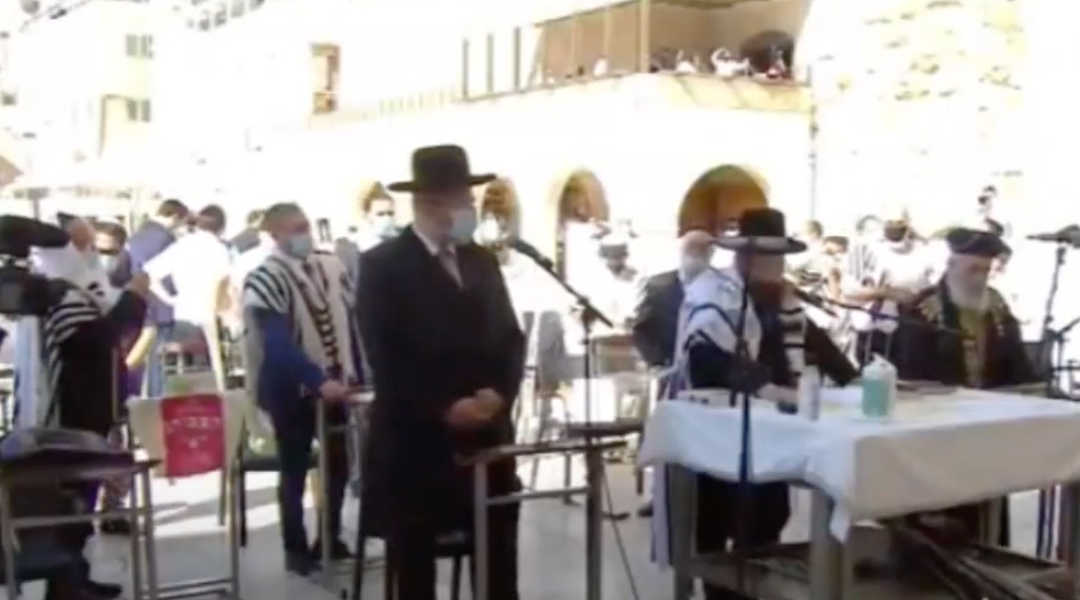 Rabbi Shmuel Rabinovitch, the rabbi of the Western Wall, recited a traditional Jewish prayer for healing on Trump’s behalf on Monday morning, days after the American president announced he had contracted the virus. Israel’s two chief rabbis were also in attendance, as were U.S. Ambassador to Israel David Friedman and Jerusalem Mayor Moshe Leon.

The prayer came during the traditional recitation of Birkat Kohanim, or the “priestly blessing,” which typically attracts tens of thousands of people to the Western Wall. Numbers were limited this year to those who live within about a half-mile of the site.