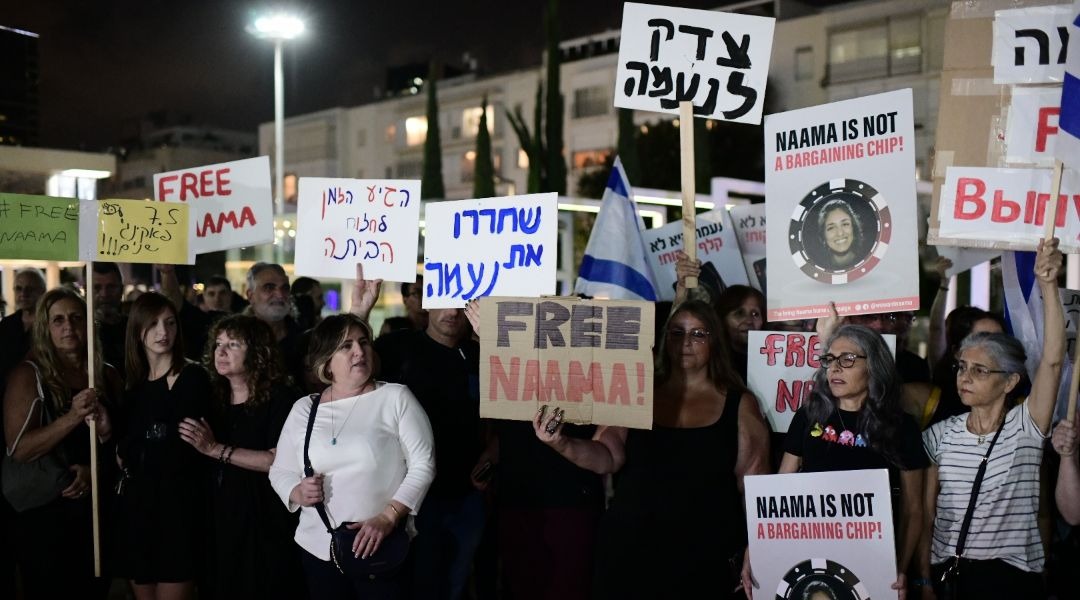 JERUSALEM (JTA) — Simultaneous rallies calling for the release of an Israeli-American woman in prison in Russia on drug charges were held in Tel Aviv an New York.

The rally in New York calling for the release of Naama Issachar was held outside of the Russian embassy. Hundreds attended rally in Tel Aviv on Saturday night.

“We are not political people — we just want Naama to come home. It’s a call for anyone who can help, no matter if they are politicians or businessmen, Russian, American or Israeli. We call on anyone who can help get Naama out of prison,” her friend, identified as Tzlil, told Channel 12 News.

Issachar, 26, was sentenced more than a week ago to 7.5 years in prison for drug smuggling. She has been detained in Russia since April after 9 grams of marijuana were found in her luggage before a connecting flight in Russia on the way from India to Israel, where she moved while in high school. She had not planned to enter Russia. Nine grams is less than a third of an ounce and is within the legal limit for personal use in Israel.

Russia had tried exchanging Issachar for Aleksey Burkov, a Russian hacker held in Israel set to be extradited to the United States.

Netanyahu reportedly raised the subject during a meeting on Friday with Secretary of State Mike Pompeo, according to Israeli media reports.

He also discussed the issue with Russian President Vladimir Putin during a visit to Sochi on Sept. 12 and during a phone call last week. On Tuesday he formally requested a pardon for Issachar.