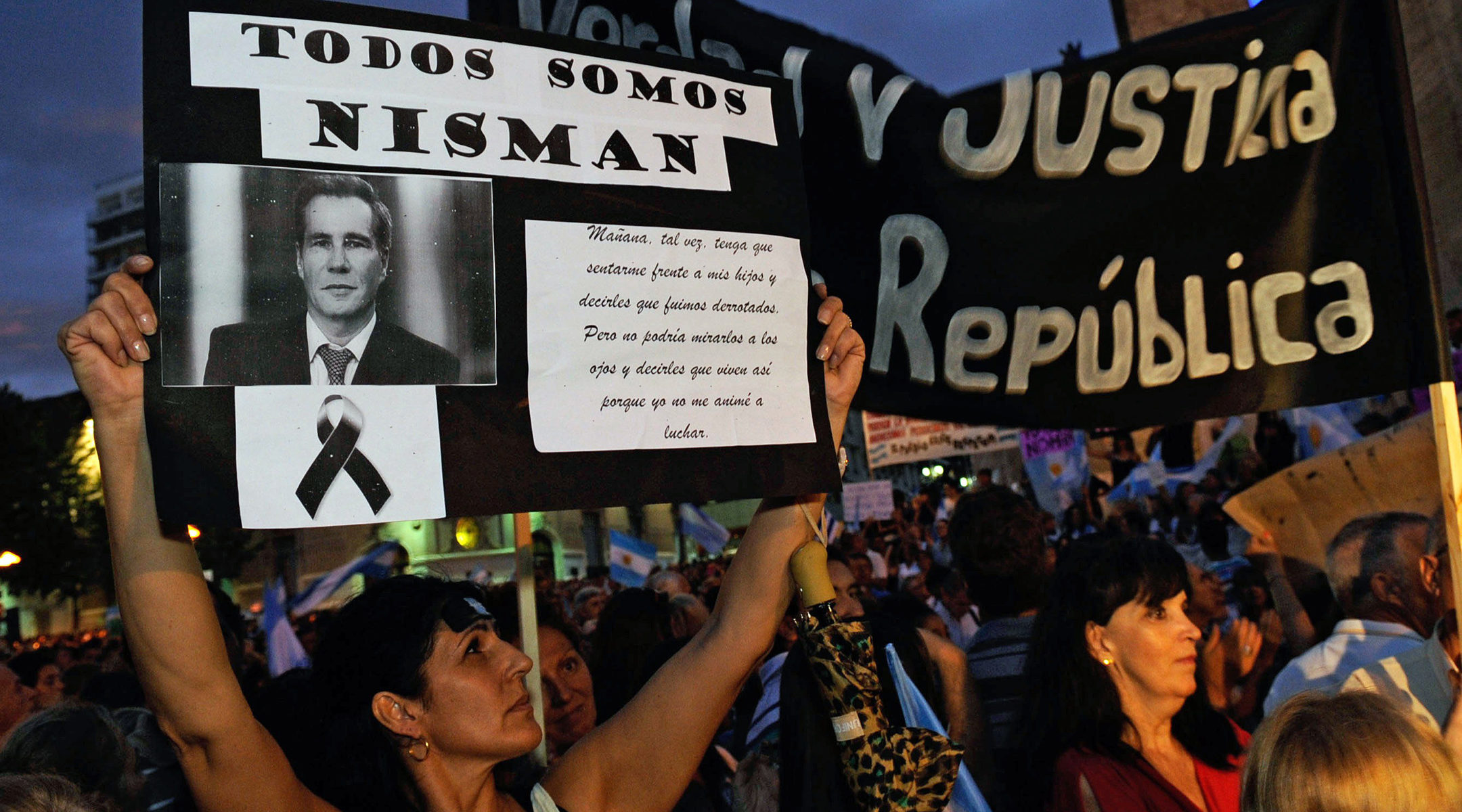 BUENOS AIRES, Argentina (JTA) — Alberto Nisman, the federal prosecutor investigating the 1994 bombing of the AMIA Jewish Center in Buenos Aires, was remembered on the fifth anniversary of his death.

Thousands attended a rally held Saturday in the center of Buenos Aires under the motto: “Justice You Shall Pursue: It was not suicide, it was an assassination.” Nisman’s mother, Sara Garfunkel, spoke to the crowd, as did politicians sitting in the opposition of the current government.

Nisman was found dead on Jan. 18, 2015 in his apartment, just days after he accused then-president Cristina Fernández de of a cover-up in the bombing and hours before he was to present evidence to Argentine lawmakers that the government covered up Iran’s role in the bombing. Kirchner is currently Argentina’s vice president.

Other rallies were held around the country and abroad, near Argentine embassies and consulates. In all of them, protesters asserted that Nisman was murdered and blamed the Kirchner government for his death.

The Jewish political umbrella DAIA organized a separate moment of remembrance for Sunday at the Jewish cemetery where Nisman’s body is buried.  His widows and his daughters were scheduled to participate in the religious ceremony.

In 2017, an official judiciary investigative report found that Nisman’s death was murder, not suicide.

A recently released Netflix documentary, “Nisman: The Prosecutor, The President, and the Spy,” has reignited the debate about his death. The documentary includes supporters of the competing suicide and assassination theories.