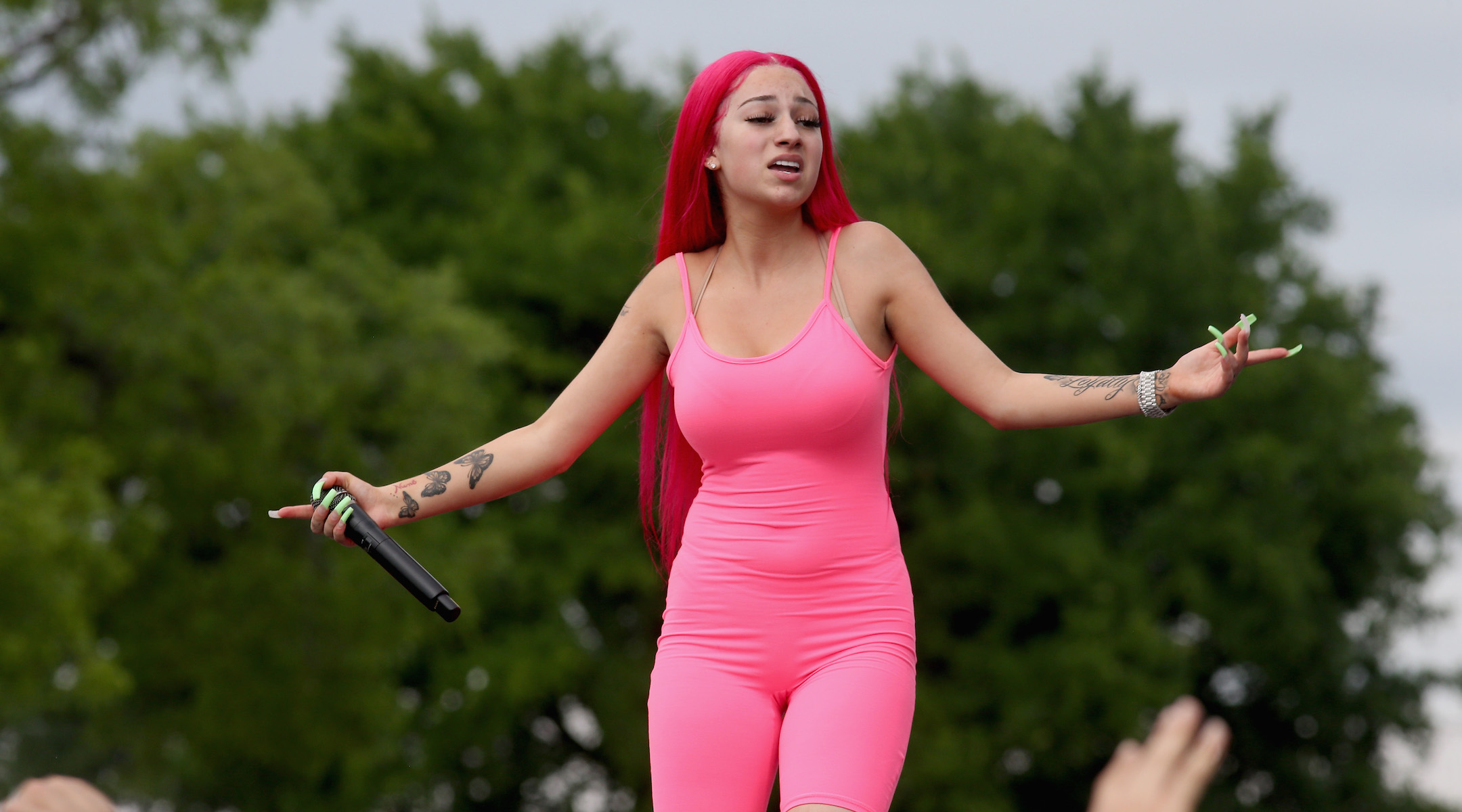 Bhad Bhabie, shown performing at Fair Park in Dallas, May 3, 2019, had a concert planned in Jordan until activists scrutinized one of her tweets. (Gary Miller/Getty Images)
Advertisement

JERUSALEM (JTA) — Bhad Bhabie won’t be playing Jordan next month, her concert there nixed over a series of social media posts in which the American rapper appeared to support Israel.

The 16-year-old performer — first known for going viral for a moment on “The Dr. Phil Show” at 13 — hasn’t taken a stance on or pledged allegiance to either side of the Israeli-Palestinian conflict, noted TMZ, which first reported the cancellation.

Bhad Bhabie, whose real name is Danielle Bergoli, was scheduled to perform in the capital city of Amman on July 8, then travel to Israel for a concert the following day in Tel Aviv. The latter performance is still a go.

But the Israel boycott group BDS Jordan resurfaced a tweet that included a photo of Bhad Bhabie at an event last year hosted by Creative Community for Peace, a group of artists who call for coexistence between Israelis and Palestinians, and also oppose the Boycott, Divestment and Sanctions movement targeting Israel.

The rapper posted a similar photo on Instagram with the caption “Bhabie supports peace bich @ccfpeace.”

The final straw for the Jordanian promoters apparently came last week after someone TMZ identified as a “prominent Palestinian marathon runner” tweeted in Arabic and at the rapper that Jordanians should boycott her because she supports Israel.

She replied, after apparently misunderstanding the tweet: “Why yes, I do like McDonald’s fries. They be tasting good as f*** sometimes. I appreciate you asking bi**. Much love.” The tweet has since been deleted, but remains in screen shots.

The Amman concert remains listed on the rapper’s website. The Tel Aviv concert is not listed, likely for political reasons.