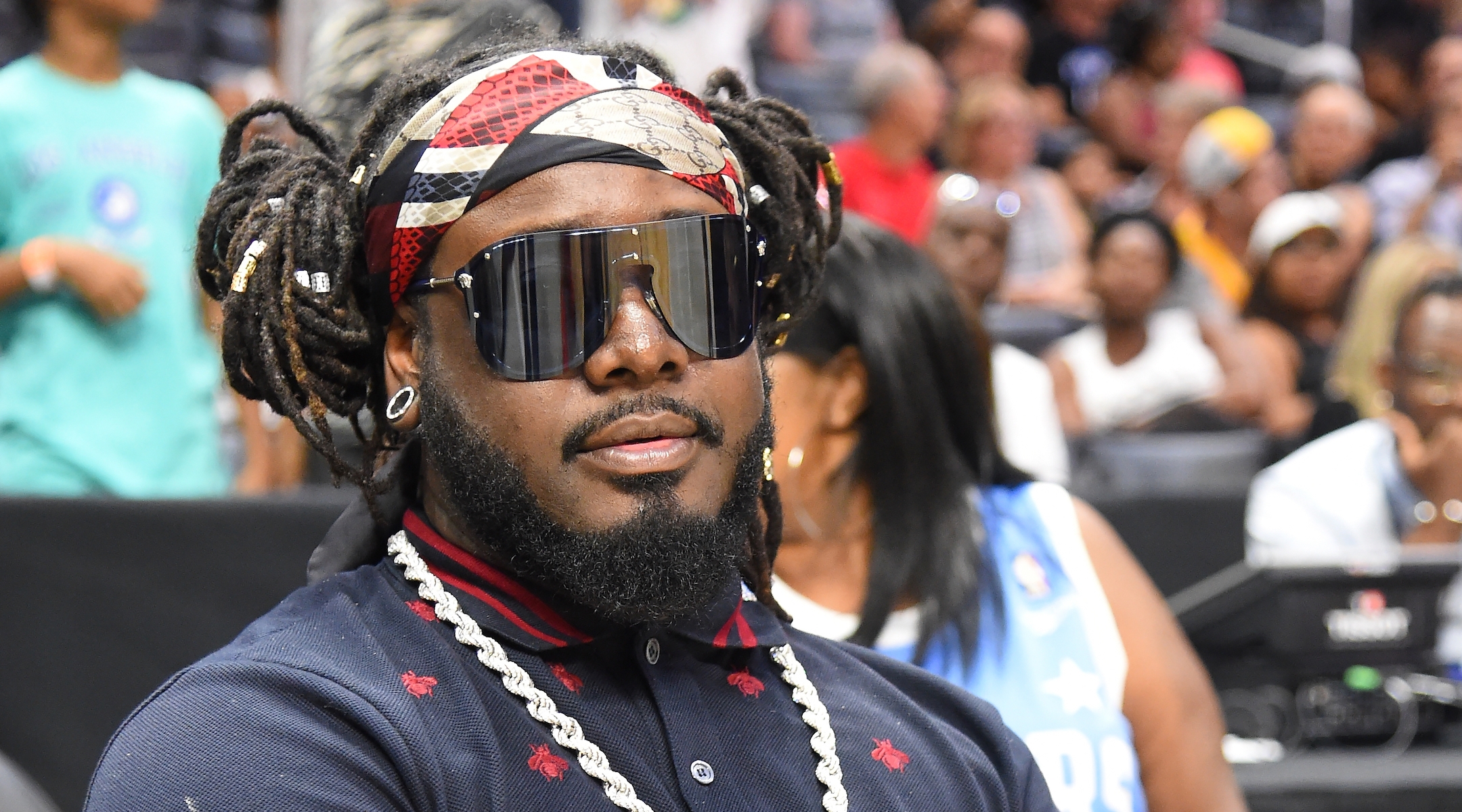 (JTA) — Rapper and singer T-Pain might have a beef with BBYO, the Jewish teen movement.

Last weekend, the Grammy winner cut his set short at the BBYO convention in Denver after claiming audience members pelted him with glow sticks and a beach ball.

T-Pain later fumed about the incident on Instagram, calling the crowd “disrespectful.”

T Pain, born Faheem Rasheed Najm, explained that by the time he got on stage, he was already stressed and depressed — his flights were delayed, his hotel rooms weren’t ready on arrival and the BBYO staff didn’t provide him with alcohol or allow him to curse on stage. His brother, whose expensive hospital bills he shared publicly in December, had also recently passed away.

“I just buried my brother,” he said repeatedly in the Instagram video.

As he started performing, he said, it was clear fans were not into his music, and many instead took to throwing objects at him. He still made it through roughly 50 minutes of the 60-minute set he had planned — which included hits such as “Buy U A Drank” and “Bartender.”

Between 2,200 and 2,400 teens attended the concert, which also featured the Swedish electronic duo Galantis.

A BBYO spokesperson told the Jewish Telegraphic Agency that members of the audience did throw glow sticks at the beginning of the show and were asked not to, and that T-Pain left the stage after being hit by a beach ball. The organization subsequently apologized to the rapper and his team backstage and later to his manager. T-Pain was paid in full, the spokesperson said.

BBYO also said that his contract did not include an alcohol clause for an event at which alcohol is prohibited, and that T-Pain’s own staff made the hotel arrangements.

“In the past six years more than 25 acts have appeared before the BBYO International Conference, some of them more than once,” said the spokesperson. “This is the first time there has been such an issue. BBYO is sorry he didn’t have a good experience and they apologized for the incident.”

The convention is one of the largest annual events in the Jewish community, with as many as 5,500 teens and adults taking part. This year’s convention included the announcement of a $25 million pledge from the Chicago industrialist and philanthropist Ted Perlman to support women’s leadership and empowerment.

The gift is believed to be one of the largest ever to an organization serving youth.