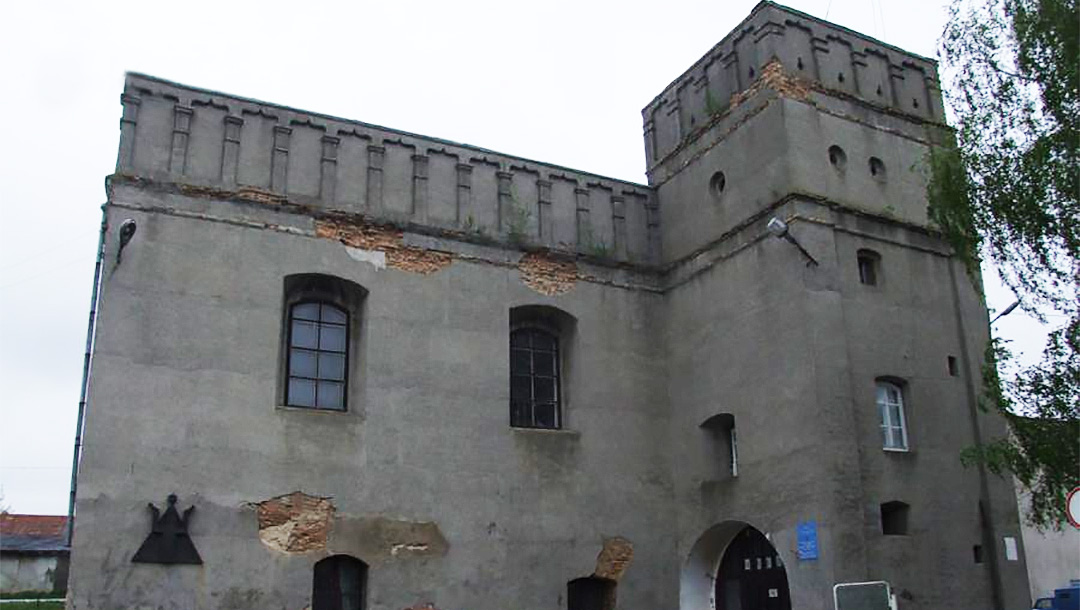 The former Great Synagogue of Lutsk, Ukraine. (The Center for Jewish Art/Foundation for Jewish Heritage)
Advertisement

(JTA) — A municipality in Ukraine pledged to return to Jewish ownership what’s left of a 17th-century synagogue that the Nazis partially destroyed and the Soviets turned into a sports school.

The building that contains parts of the former Great Synagogue of Lutsk will be gifted to the Jewish Community of Lutsk, a nonprofit that represents Jews there, a city official told the news site Suspilne last week.

The former synagogue is in poor condition, requiring millions of dollars to be renovated. Hanna Matusowska, a local Jewish community leader, said the community will raise funds to renovate the building and reopen it as a synagogue that also functions as a museum.

Robust and reminiscent of a medieval castle, the synagogue is one of a few Jewish houses of worship built to also serve as a fortress, according to the London-based Foundation for Jewish Heritage.

In 1942, German occupation forces destroyed parts of the synagogue, which was built in 1626.

The Soviets rebuilt the building to serve as a sports facility. Since 1981, it has housed the Dynamo sports school, where some 177 students are taught, Suspilne reported. An alternative facility will be made available to them, according to the Lutsk official, Pavlo Rudetsky.

Lutsk, which is situated about 200 miles west of Kyiv, the Ukraine capital, once was a major hub of Jewish life in the region. In 1937, the city had 15,879 Jews, constituting about 40% of its population, according to YIVO Encyclopedia. In 1941, the Germans and locals murdered nearly all the Jews there.