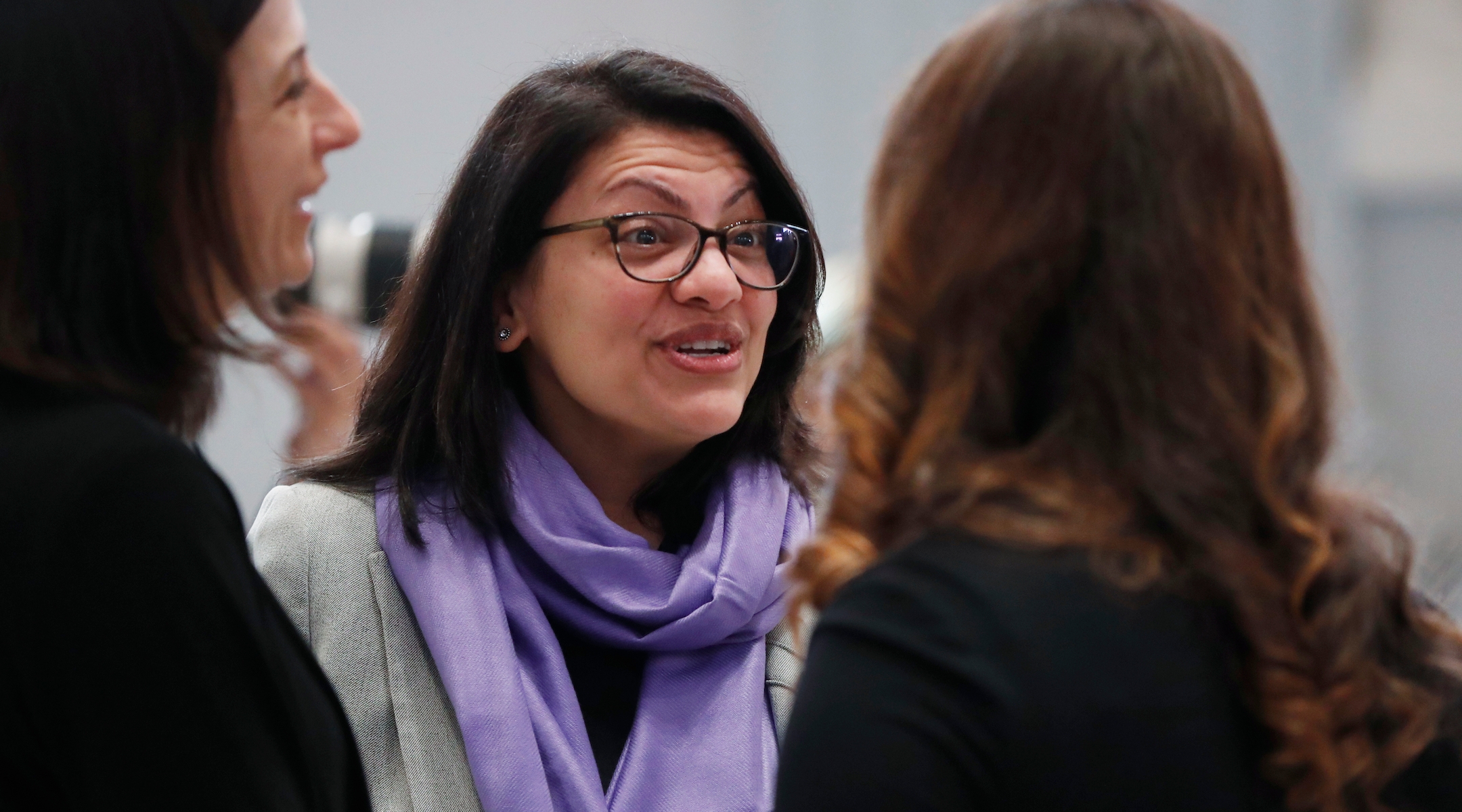 Tlaib, a Palestinian American, proposed the trip last year after she was elected to Congress for the first time as a counterbalance to Israel trips organized by the American Israel Education Foundation, an affiliate of the American Israel Public Affairs Committee.

On Wednesday, Jewish Insider posted the flier that Tlaib was distributing to promote the Aug. 17-22 trip.

A sponsor appears to be the Humpty Dumpty Institute, a development nonprofit.

Reps. Steny Hoyer, D-Md., the majority leader in the U.S. House of Representatives, and Kevin McCarthy, R-Calif., the minority leader, are set to lead the AIEF trips for their respective party’s freshmen this summer.