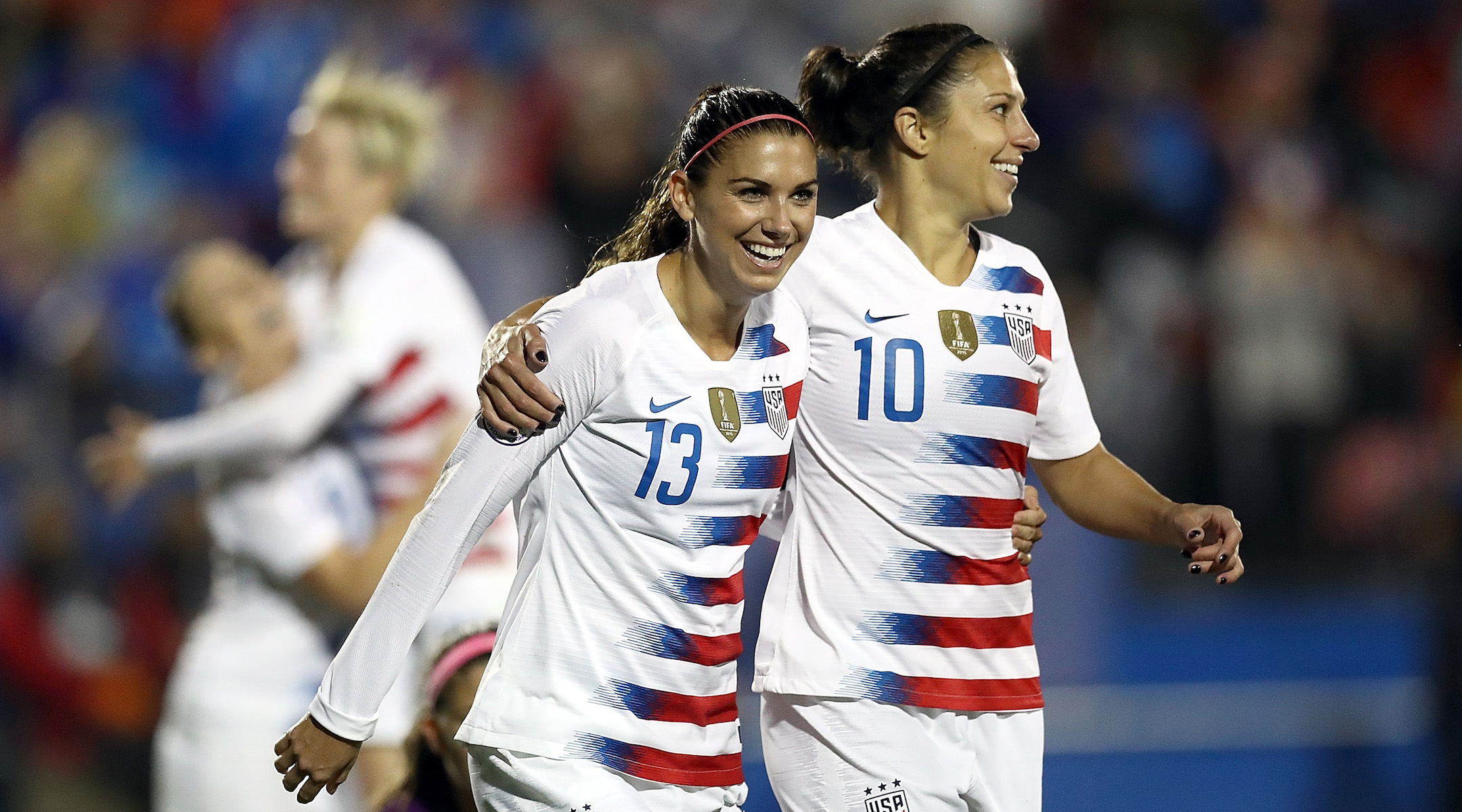 (JTA) — Ruth Bader Ginsburg’s name appeared on the back of the jersey of a player for the U.S. women’s soccer team.

Each American player honored a different woman on her jersey during a match against England in the SheBelieves Cup held Saturday in Nashville, Tennessee.

Defender Becky Sauerbrunn chose to feature Ginsburg’s name. She told ESPN that the Supreme Court justice is a “rock star” in her eyes.

“Dissenting opinion, battling cancer and then showing up to vote … what can’t she do?” Sauerbrunn said. “I just think she’s amazing.”