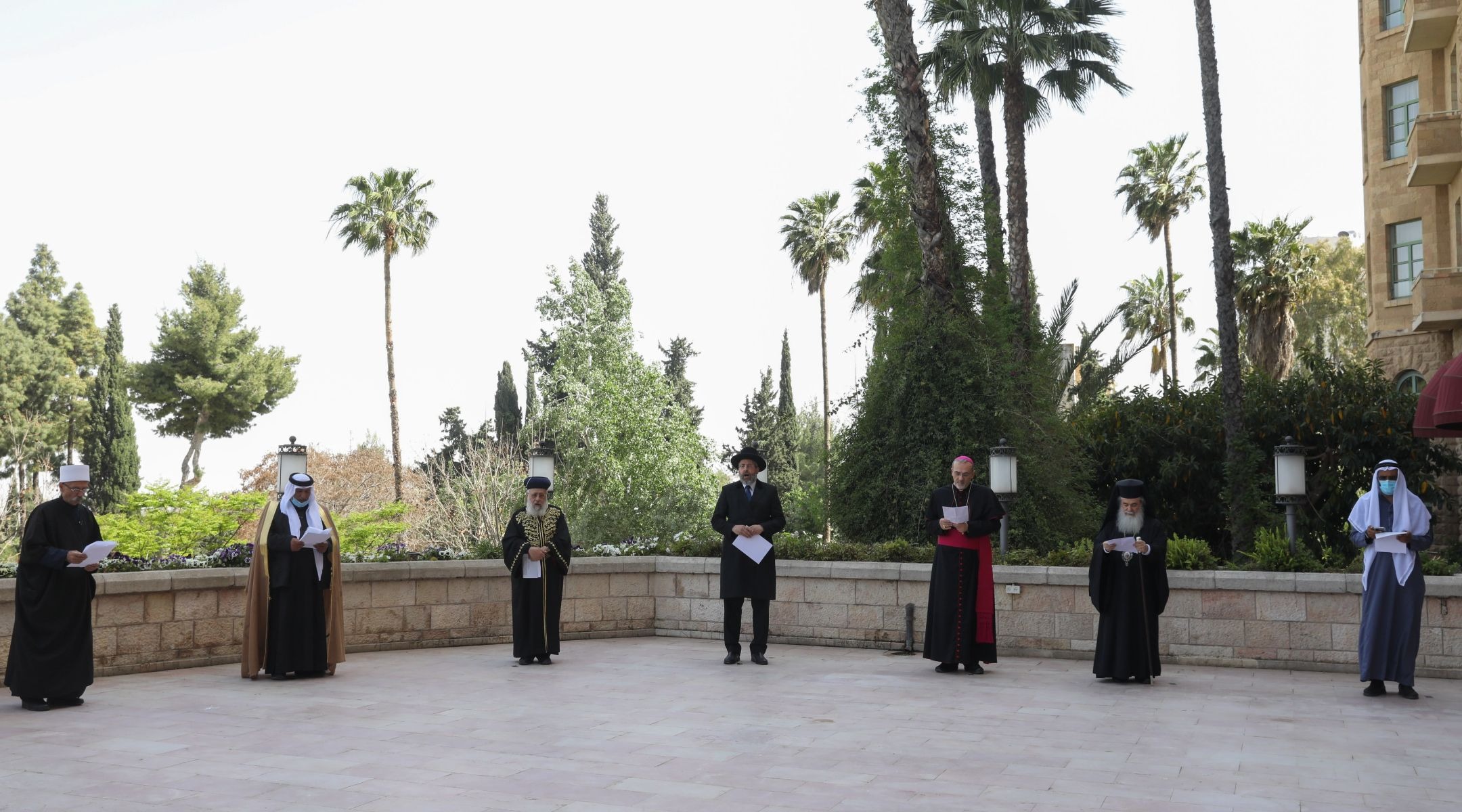 JERUSALEM (JTA) — In unison, Israel’s multifaith leaders prayed Wednesday in Jerusalem for the end of the coronavirus crisis, reciting an appeal composed by the nation’s chief rabbis for the pandemic.

In their own liturgical language — including Hebrew, Arabic and English — the chief rabbis along with Muslim and Christian leaders came together on the balcony of the King David Hotel overlooking the Old City.

“Hundreds of thousands died, millions have fallen sick. Save, we beseech thee, O Lord. We entreat thee, O Lord, send prosperity!  Send complete recovery to the sick, avert the plague from Your world,” they prayed.

“Please — God, You who have nourished us in famine and provided us with plenty, You have removed us from pestilence, and freed us from severe and long-lasting disease — Help us.”

The prayer by Rabbis Yitzhak Yosef and David Lau, the Sephardi and Ashkenazi chief rabbis, respectively, also quoted from Psalm 121.

The three-minute event was livestreamed.