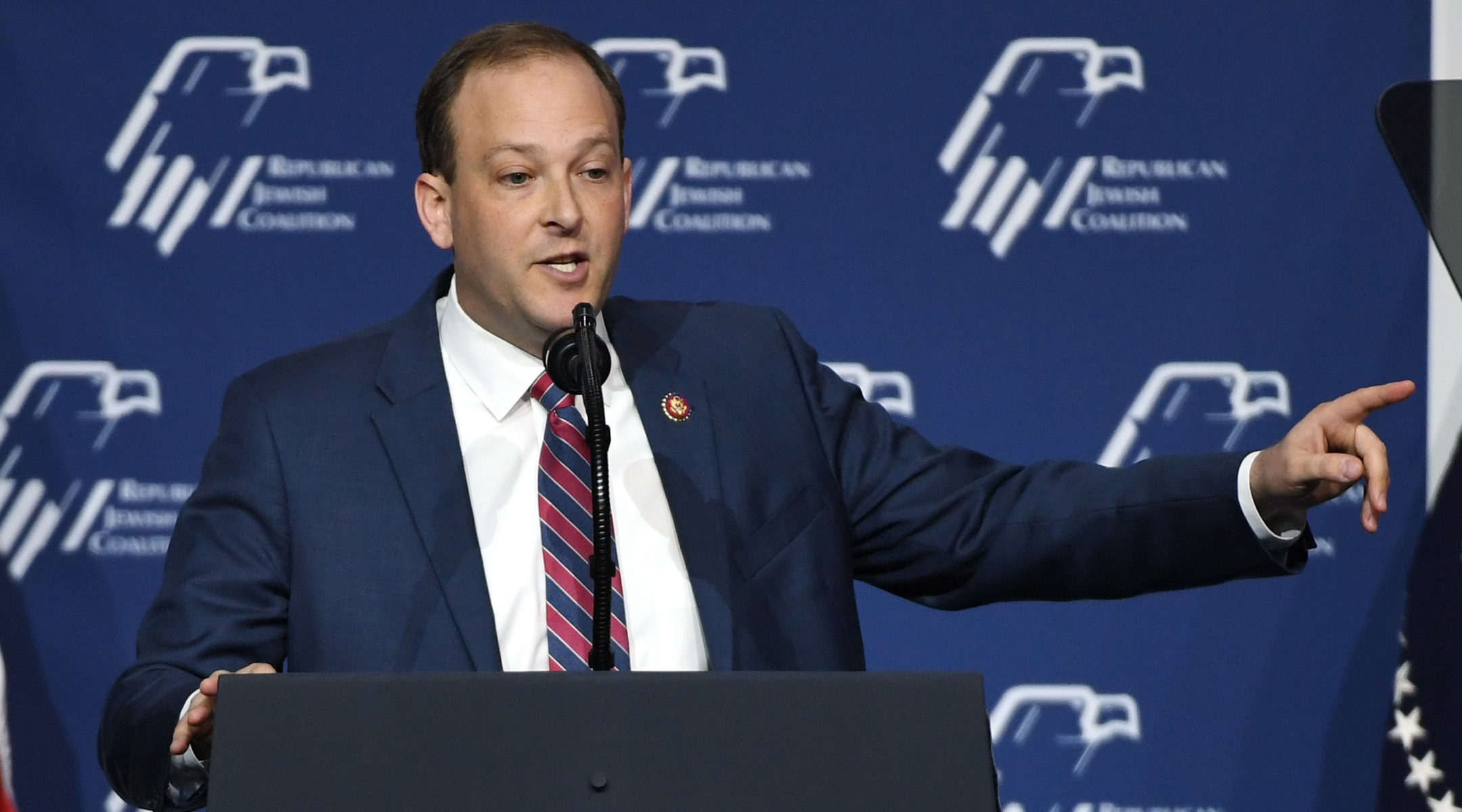 (JTA) — Rep. Lee Zeldin, one of two Jewish Republicans in the U.S. House of Representatives, is considering a run for New York governor in light of scandals engulfing incumbent Andrew Cuomo.

“After a lot of people reached out to me in recent days and weeks, and after discussing it at length with my wife and daughters, I am now actively exploring a run for governor of New York against Andrew Cuomo in 2022,” Zeldin told Newsday on Tuesday.

The newspaper quoted a number of Republican state officials as welcoming the news, noting that Zeldin won his Long Island district handily in the last election and is adept at obtaining federal funding for the state.

Statewide, however, Zeldin could face some obstacles: He has been one of former president Donald Trump’s most vocal boosters in a state where Trump is reviled. Zeldin was among the dozens of Republicans who voted to overturn Joe Biden’s presidential win.

Moreover, it’s not at all certain Cuomo would run for a fourth term in 2022, given how wounded he is because of the recent spate of allegations that he covered up the number of dead from the coronavirus, bullied and threatened opponents, and sexually harassed at least two subordinates.

There is speculation that Cuomo may resign. In that case, the Democratic lieutenant governor, Kathy Hochul, would take his job.