Rep. Rashida Tlaib defends BDS and says she would boycott Muslim countries too 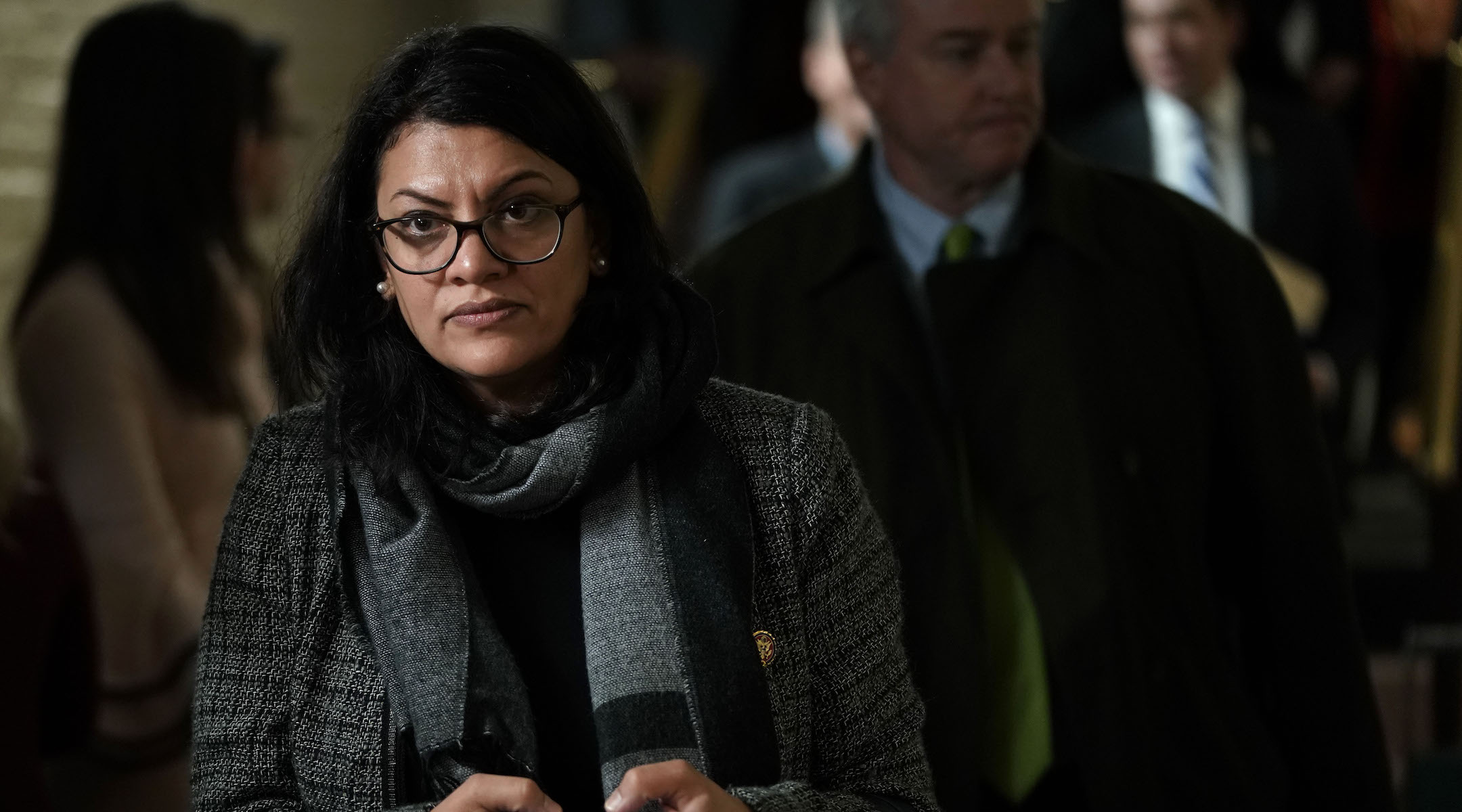 (JTA) —  Rep. Rashida Tlaib, D-Mich., defended her support of the Boycott, Divestment and Sanctions movement against Israel and said she would support a boycott of Muslim countries, like Saudi Arabia or Egypt, with whose policies she disagreed.

Tlaib, who is Palestinian-American, said the movement is “pushing back against racist policies in Israel” during an interview Sunday on CNN’s State of the Union with Jake Tapper.

She used her grandmother, who lives in the West Bank, as an example of “someone right now under occupation (who) is feeling less than.”

She called economic boycotts “a form of freedom of speech.”

“But people want to dismiss it because they’re trying to say it’s anti-Semitism. That’s the way they’re trying to discredit the fact that we all know, under Netanyahu’s regime, human rights violations have gotten worse,” she said.

She is not singling out Israel, she said. “If there was an economic boycott movement around Saudi Arabia, I would be the first to sign up for it,” she said.

Tapper asked Tlaib twice if she believes Israel has a right to exist, the first time asking, “Do you think the Jewish people have the right to a state in the area where Israel exists now?”

“Look, I truly believe the state of Israel exists, correct,” she first responded, adding, “But, understand, does it exist in the detriment of inequality for the Palestinian people, detriment of not really moving forward in a peaceful resolution? We’re never going to have peace, I truly believe, if separate but equal is the way they want to go.”