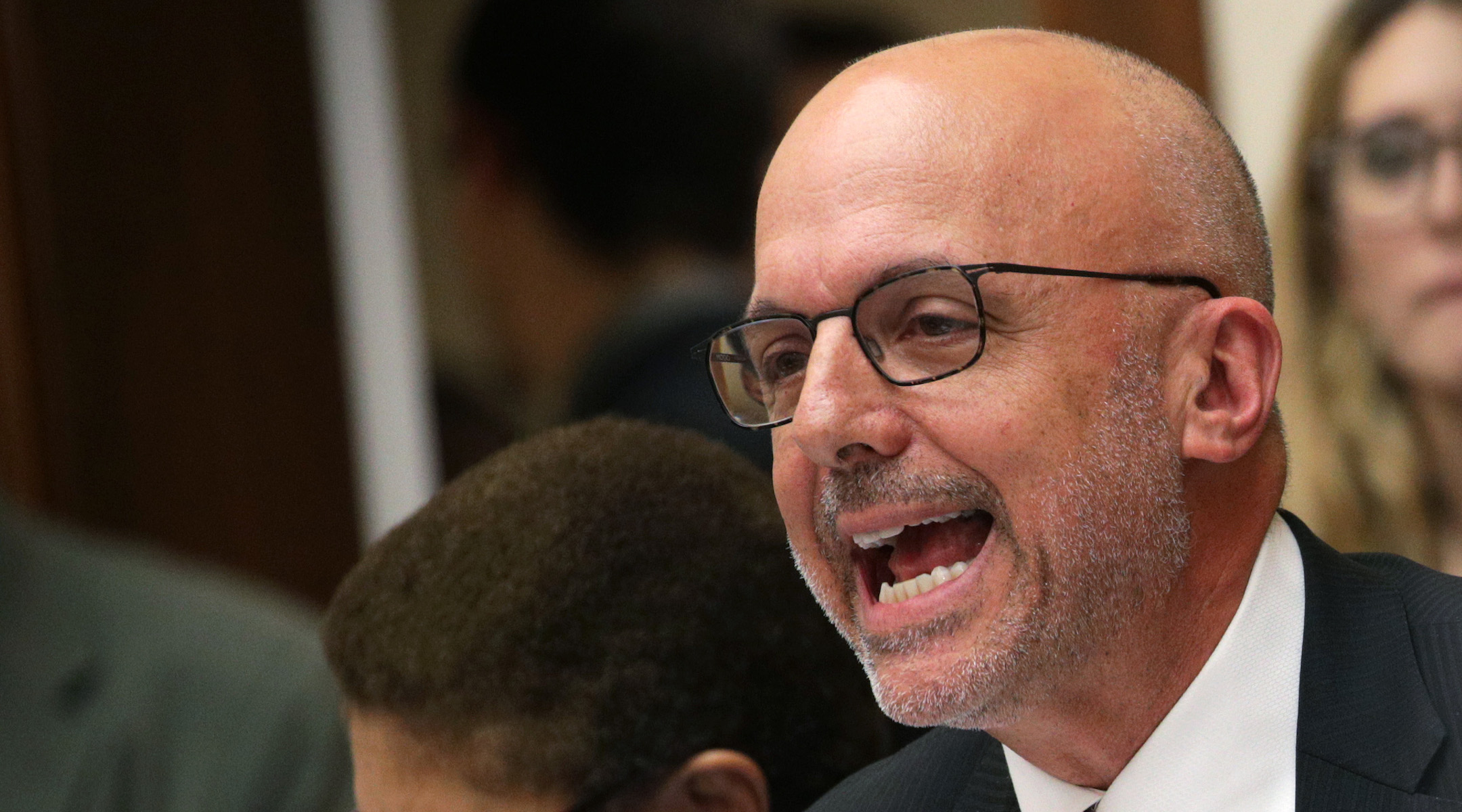 (JTA) — Rep. Ted Deutch, a Jewish Democrat from South Florida, called out lawmakers from both parties for anti-Semitism in a passionate address on the House floor Thursday.

Deutch in his address wanted a stand-alone resolution condemning anti-Semitism. Democrats in the U.S. House of Representatives were going to vote on one, but following complaints mostly from the party’s left are now going to advance a measure that adds Islamophobia and white supremacy.

The resolution follows controversy over recent statements by Rep. Ilhan Omar, a Minnesota Democrat, that were perceived as anti-Semitic.

Deutch’s speech articulated many of the arguments that Jewish leaders have made about why anti-Semitism is a big deal and Jews should be the ones who define it.

He began by condemning statements by Omar — but also by Republicans such as President Donald Trump and California Rep. Kevin McCarthy, the House minority leader, that were criticized as anti-Semitic. He went on to say that anti-Semitic rhetoric has led to the killing of Jews, and talked about how accusations of dual loyalty against Jews are so hurtful.

The ones to define anti-Semitism, he said, should be those who suffer from it: Jews. And he asked why it seems like anti-Semitism is condemned only alongside other forms of hatred.