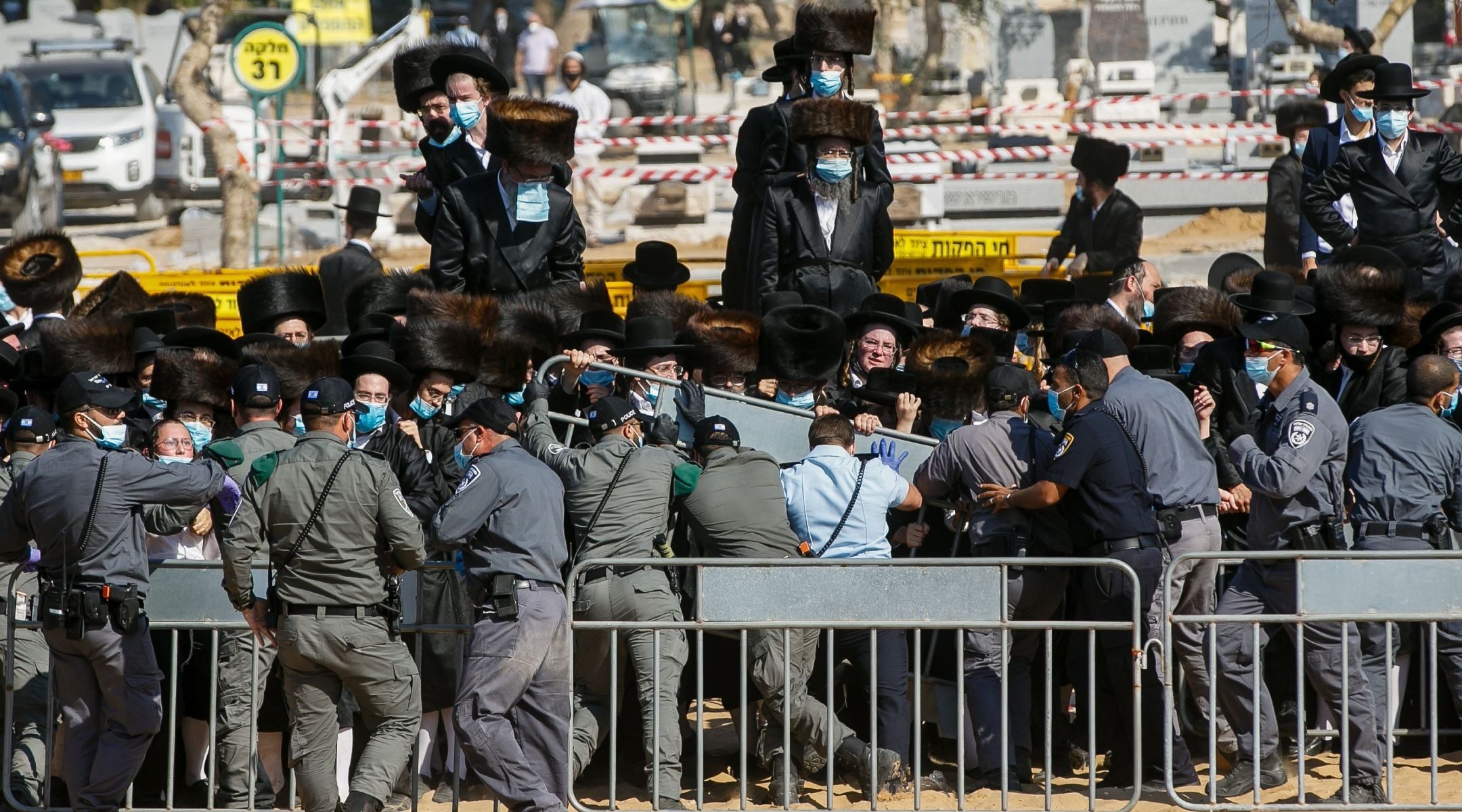 Police push back on haredi Orthodox crowds during the funeral of Rabbi Mordechai Leifer in the southern Israeli city of Ashdod, Oct. 5, 2020. (Flash90)
Advertisement

(JTA) — Jerusalem police reportedly allowed mass haredi Orthodox events for Sukkot to go forward provided there was no filming or other public documentation, according to Haaretz.

Citing two unnamed haredi sources, the paper reported that police promised not to enter yeshiva study halls and large communal sukkahs during the holiday as long as outsiders were barred from the events and there was no public documentation. The weeklong Sukkot holiday typically draws thousands of celebrants to large public events.

In a tweet, the Israel Police denied the paper’s report.

“These allegations are false and we categorically reject them. The police did not allow the representatives of the Hasidim to hold mass events during the holiday and did not set conditions or anything else,” the police tweeted.

Israel is currently in the midst of an intensified lockdown that has shuttered non-essential businesses, dramatically curbed public gatherings, and severely limited travel beyond about a half-mile from home. Police have clashed with haredi Orthodox Jews throughout the country over enforcement of these rules.