Republic of Nauru recognizes Jerusalem as capital of Israel 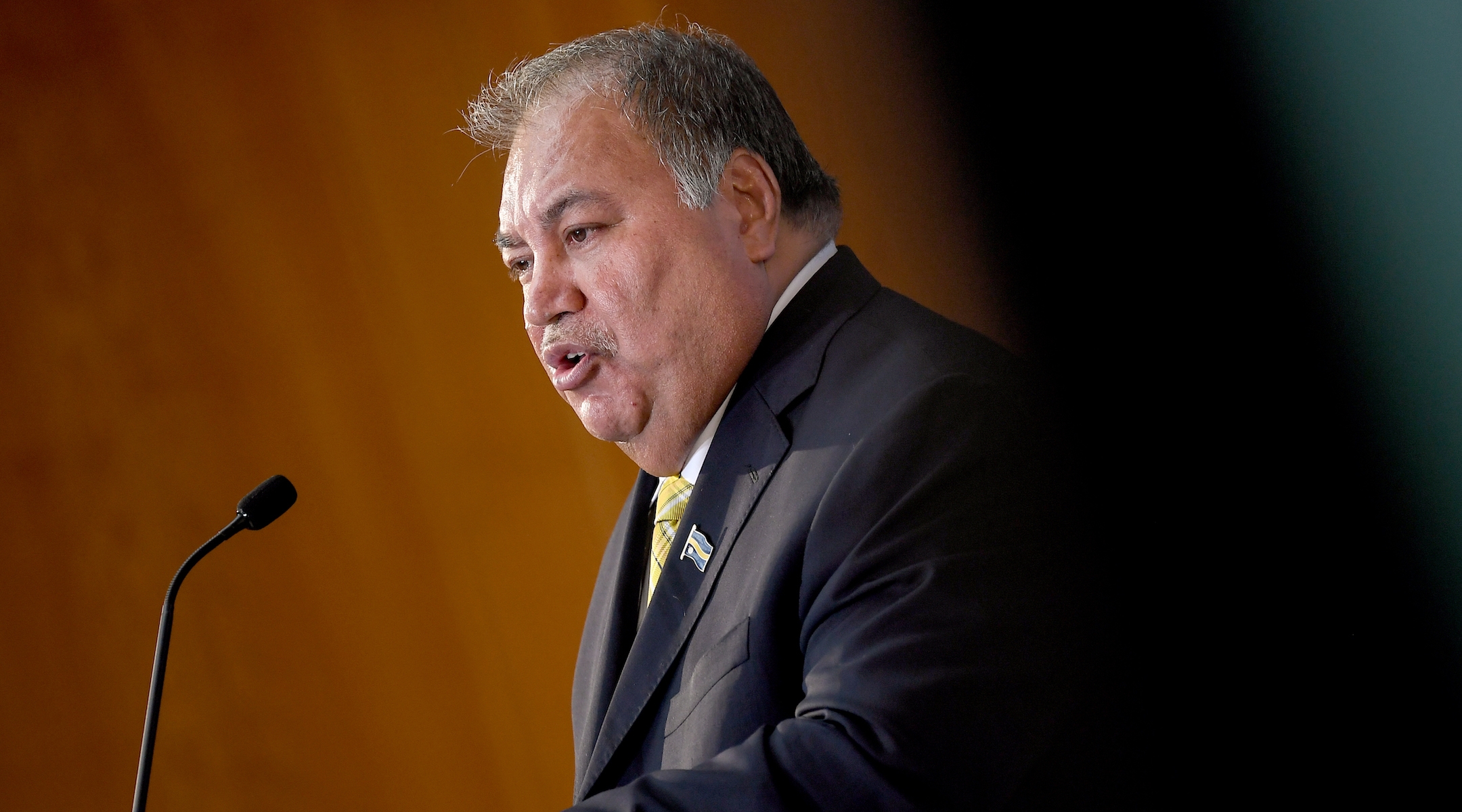 JERUSALEM (JTA) — The Republic of Nauru, a tiny Pacific island country, recognized Jerusalem as the capital of Israel earlier this month.

Israel’s Foreign Minister Israel Katz commended the island nation for its recognition on Wednesday evening in a tweet which also said: “We will continue to strengthen Jerusalem and to bring about the recognition and opening of diplomatic missions and embassies in our capital.”

Nauru’s mission to the United Nations in New York said in a letter dated August 16 to the Israeli mission that: “The Mission of Nauru has the honor to convey the decision of the Government of the Republic of Nauru to formally recognize the City of Jerusalem as the Capital City of the State of Israel.”

The president of Honduras will recognize Jerusalem as Israel’s capital on Friday when he inaugurates a “diplomatic office” in Jerusalem, which he told reporters will be an extension of the Honduran embassy in Tel Aviv.

Government officials from several countries, including the Czech Republic, Romania, Lithuania, Australia and Brazil, have expressed interest in moving their embassies to Jerusalem. In March, Hungary opened a diplomatic trade mission in Jerusalem, which is considered a branch of the Hungarian Embassy in Tel Aviv.

This action reflects the close ties and friendship between Israel & #Nauru. We hope to see more countries follow this step.🇮🇱🤝🇳🇷 pic.twitter.com/wpgfT0ggaY