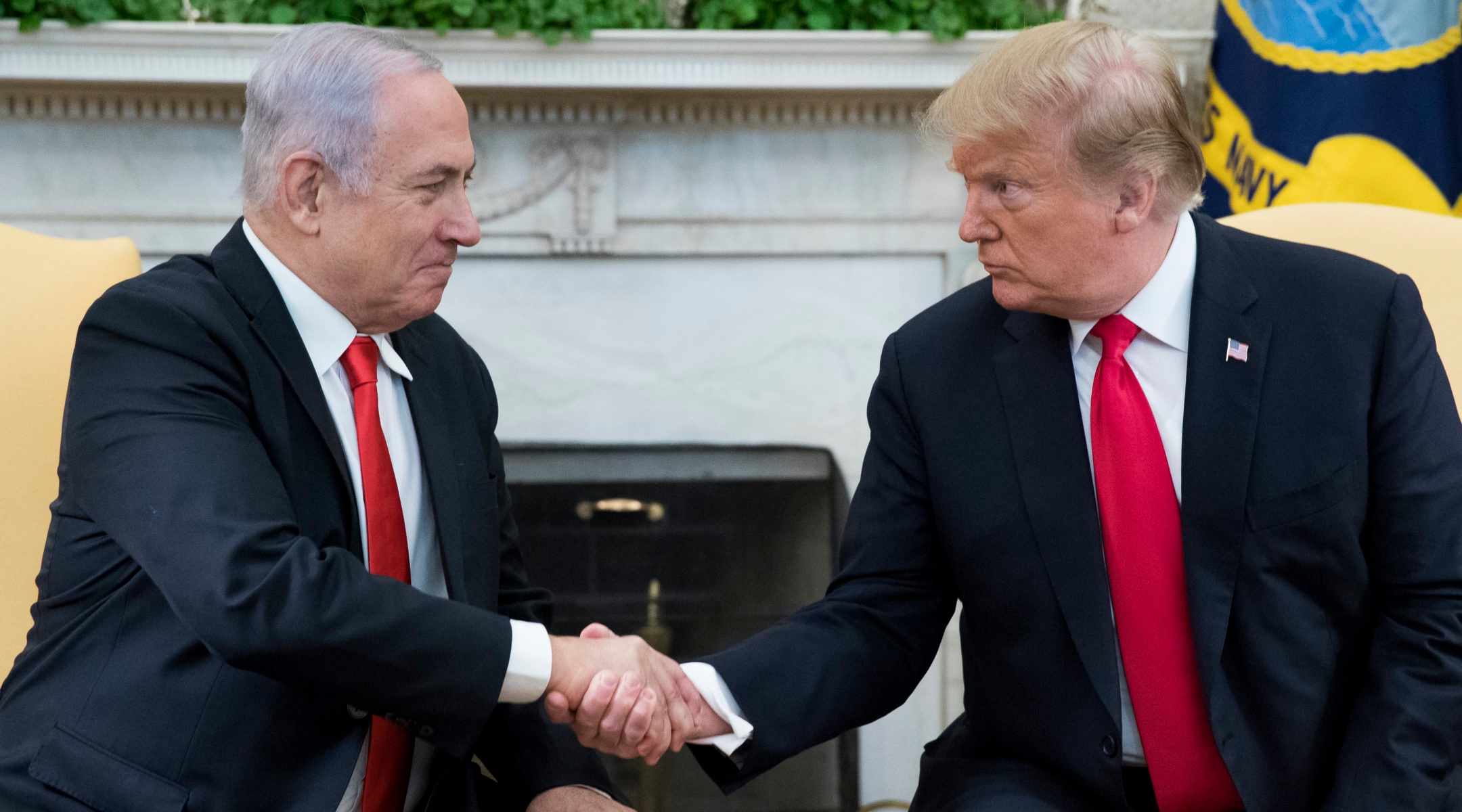 (JTA) — The Republican Jewish Coalition has launched a $50,000 ad buy in battleground states.

To kick it off, the group released an eight-minute video highlighting President Donald Trump’s pro-Israel record on Friday.

“President Trump is the most pro-Israel President in American history and with this video, the RJC is bringing that message to a targeted audience of data-modeled, persuadable Jewish voters in key states for the 2020 election,” RJC Executive Director Matt Brooks said in a statement.

The “Sunrise” campaign follows the RJC’s ad campaign “Shanda,”  which launched in November.