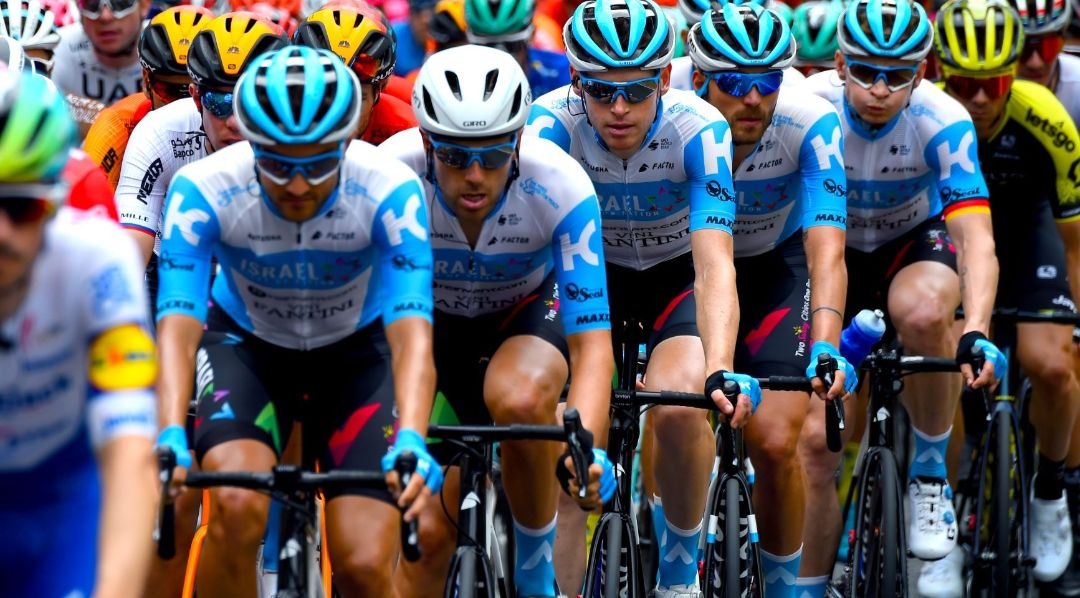 (JTA) — A rider for the Israel Start-Up Nation cycling team was banned from cycling for four months after failing a drug test.

Swiss rider Patrick Schelling is part of the Israel Start-Up Nation team, which is making its first appearance in the Tour de France. Schelling is not one of the team members riding in the race. He tested positive for terbutaline, a banned substance found in asthma inhalers, Cycling News reported.

The International Cycling Union is characterizing the offense as a “non-intentional anti-doping rule violation.”

The positive test occurred on Feb. 24, in Stage 2 of the Tour de Rwanda. The ban is retroactive to May 18 and ends on Sept. 17.

Schelling, 30, said he has had asthma since he was a child and apologized for using a non-allowed asthma spray.

The Israeli team said in a statement that Schelling had not told them he was taking asthma medication.

“We accept the sanction by the UCI, which was imposed in accordance with the Anti-Doping Rules. ISN will deal with this internally to ensure that such violations are not repeated,” the statement said.

Guy Niv, 26, a member of Team Start-Up Israel, became the first Israeli to compete in the Tour de France.

Israelis will race in two other Grand Tour races later this year: Guy Sagiv in the Giro d’Italia and Omer Goldstein in the Vuelta a Espana.