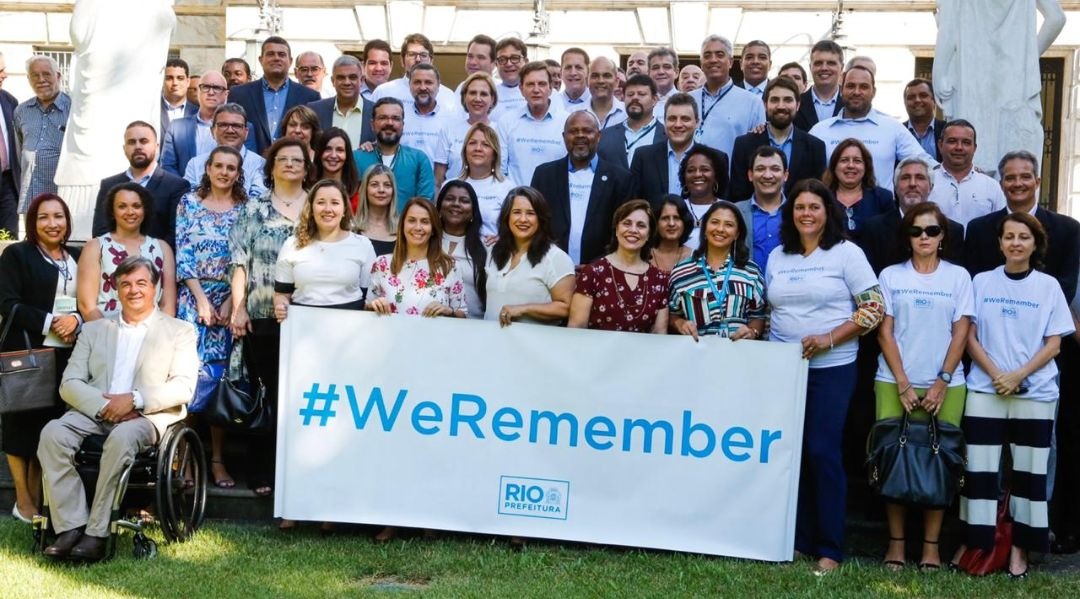 RIO DE JANEIRO (JTA) – The mayor of Brazil’s second largest city joined a global Jewish initiative to raise awareness about the Holocaust and the dangers of anti-Semitism.

Marcelo Crivella, who is not Jewish, gathered his entire municipal staff to take a group picture holding a poster with the hashtag #WeRemember.

“We are all putting on the #WeRemember T-shirt, in memory of the victims of the Holocaust. This tragic episode in the history of humankind will never be forgotten. Two million innocent children, four million fathers and mothers, innocent citizens, were killed, coldly murdered in concentration camps,” Crivella said, the Rio City Hall website reported.

“The campaign intends to combat anti-Semitism and all forms of hate, genocide and xenophobia. The aim of the campaign is to disseminate knowledge of the Holocaust in World War II through digital media, when about six million Jews were killed in Nazi concentration camps,” read the message about the World Jewish Congress-led campaign.

Last week, one of Brazil’s most popular soccer teams published a similar photo on social media. The Corinthians team was followed by the Santos and Fluminense teams.

“We need to make a strong statement because anti-Semitism today is strong again,” Fernando Lottenberg, president of the Brazilian Israelite Confederation, told JTA. “We must reach out to those who know little about the Holocaust and those who deny its occurrence.”