Israel’s president, in Ottawa, thanks Justin Trudeau for Canada’s support against BDS and anti-Semitism 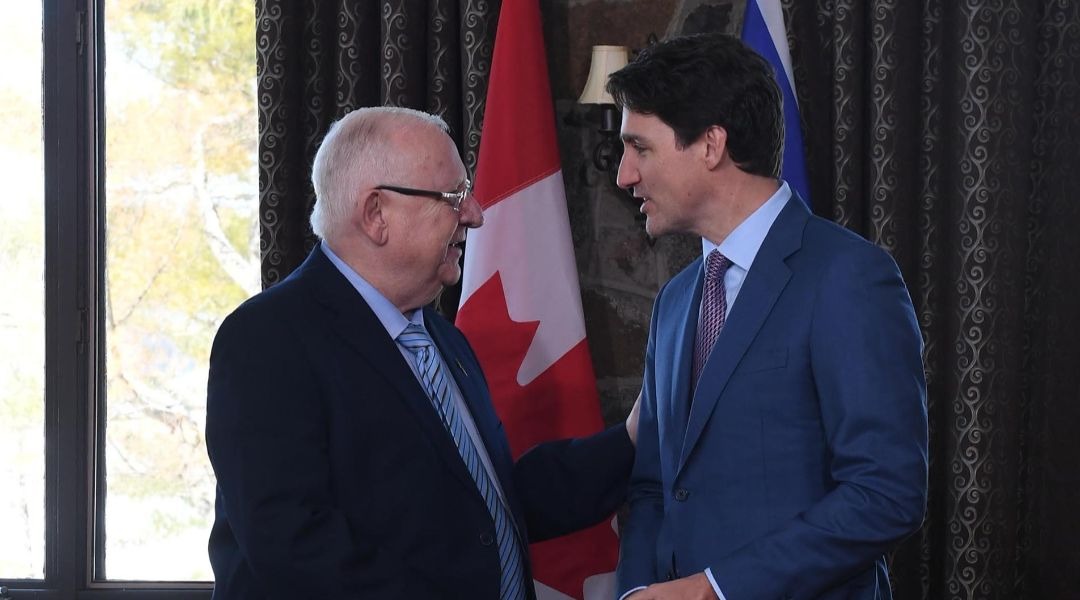 (JTA) — Israeli President Reuven Rivlin met in Ottawa with Canadian Prime Minister Justin Trudeau and thanked him for his country’s strong stance against BDS and anti-Semitism.

Rivlin met Trudeau for a working meeting on Monday, part of a state visit to Canada.

Rivlin noted Trudeau’s “clear and forthright position against anti-Semitism and discrimination of all forms” and expressed his expectation that Canada would oppose any unilateral Palestinian moves against Israel and discrimination of Israel in international organizations, according to a statement from the President’s Office.

They also discussed Iran and its destabilization of the entire region.

“The world cannot allow Iran to extend its influence over the region,” Rivlin said. “The only way to halt Iran’s plans is by concerted international pressure and targeted military action whenever needed.”

Later in the day, the leaders laid a wreath at the Holocaust memorial in Ottawa.

Rivlin is scheduled to speak at a dinner with leaders of the Canadian Jewish community, where he will be joined by Trudeau, and later that evening will be the guest of honor at a Salute to Israel event organized by Jewish Federations of Canada-UIA and Israel Bonds, also attended by Trudeau.