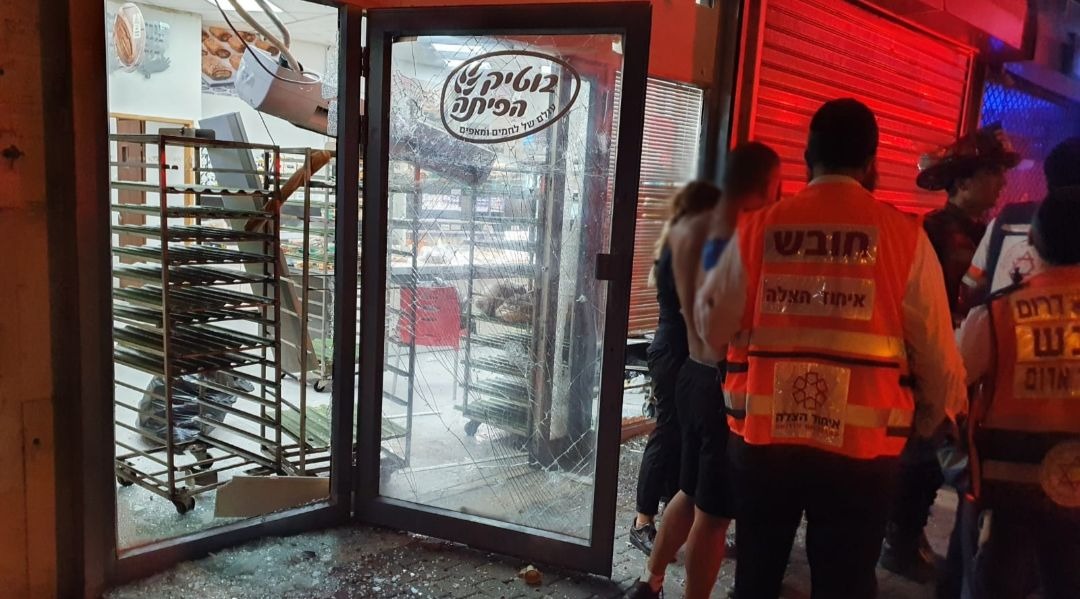 Shrapnel from a rocket fired from Gaza damaged a bakery in Ashdod and injured two people, Sept. 15, 2020. (United Hatzalah)
Advertisement

(JTA) — Rockets were fired from Gaza at southern Israel on Tuesday during the signing ceremony in Washington, D.C., of the normalization agreement between Israel and the United Arab Emirates.

The Iron Dome missile defense system intercepted one of the two rockets, according to the Israeli military.

At least two people were injured by shrapnel near a mall in Ashdod, Israel’s Channel 12 News reported. Several cars also were damaged by shrapnel. Six pedestrians also were injured as panicked shoppers ran for shelters and were treated by United Hatzalah volunteers. Hatzalah also treated several people for  emotional and psychological shock.

Details of the rocket attack are under investigation, the army said.

Code Red rocket alert sirens sounded in the major southern Israeli cities of Ashkelon and Ashdod as the UAE’s foreign minister was speaking at the ceremony.

Earlier on Tuesday, Defense Minister Benny Gantz told the Kan public broadcaster that he would  “not rule out the possibility of an outbreak of violence in Judea and Samaria (the West Bank), although there is no concrete evidence or warnings, but continued economic distress, fear of the coronavirus and lack of coordination which could lead to a new outbreak.”