Rockets fired from Gaza on Israel for 2nd straight day 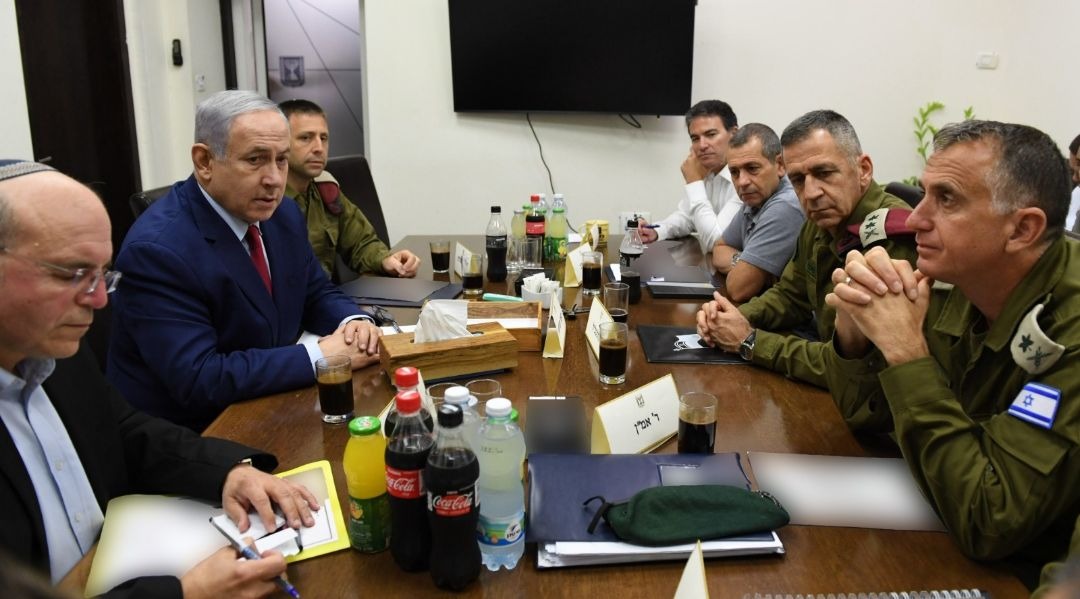 JERUSALEM (JTA) — Israeli tanks fired on two Hamas positions in Gaza on Wednesday an hour after three rockets were fired from Gaza on Jewish communities in southern Israel.

One of the rockets landed on a greenhouse in a community near Ashkelon. Another rocket landed in a nearby community and damaged a home with shrapnel. A third landed in or near Kibbutz Yad Mordechai, according to reports.

It is the second day in a row that rockets were fired from Gaza on Israeli territory.

On Tuesday night, at least two rockets were fired at the southern Israeli cities of Ashdod and Ashkelon. The Israel Defense Forces responded with airstrikes on 15 Hamas military positions in northern Gaza, including a weapons manufacturing site and a terror tunnel.

During the Tuesday attacks, Israeli Prime Minister Benjamin Netanyahu had to be removed by security from the stage during a campaign speech in Ashdod. He returned 20 minutes later to finish his speech.

Following that attack Netanyahu, who also serves as defense minister, convened the Security Cabinet in Tel Aviv, including army officials and the heads of the Israel Security Agency and the Mossad.

The rocket fire came after Netanyahu announced that if he is re-elected, he will extend Israeli sovereignty over the Jordan Valley and West Bank Jewish settlements.