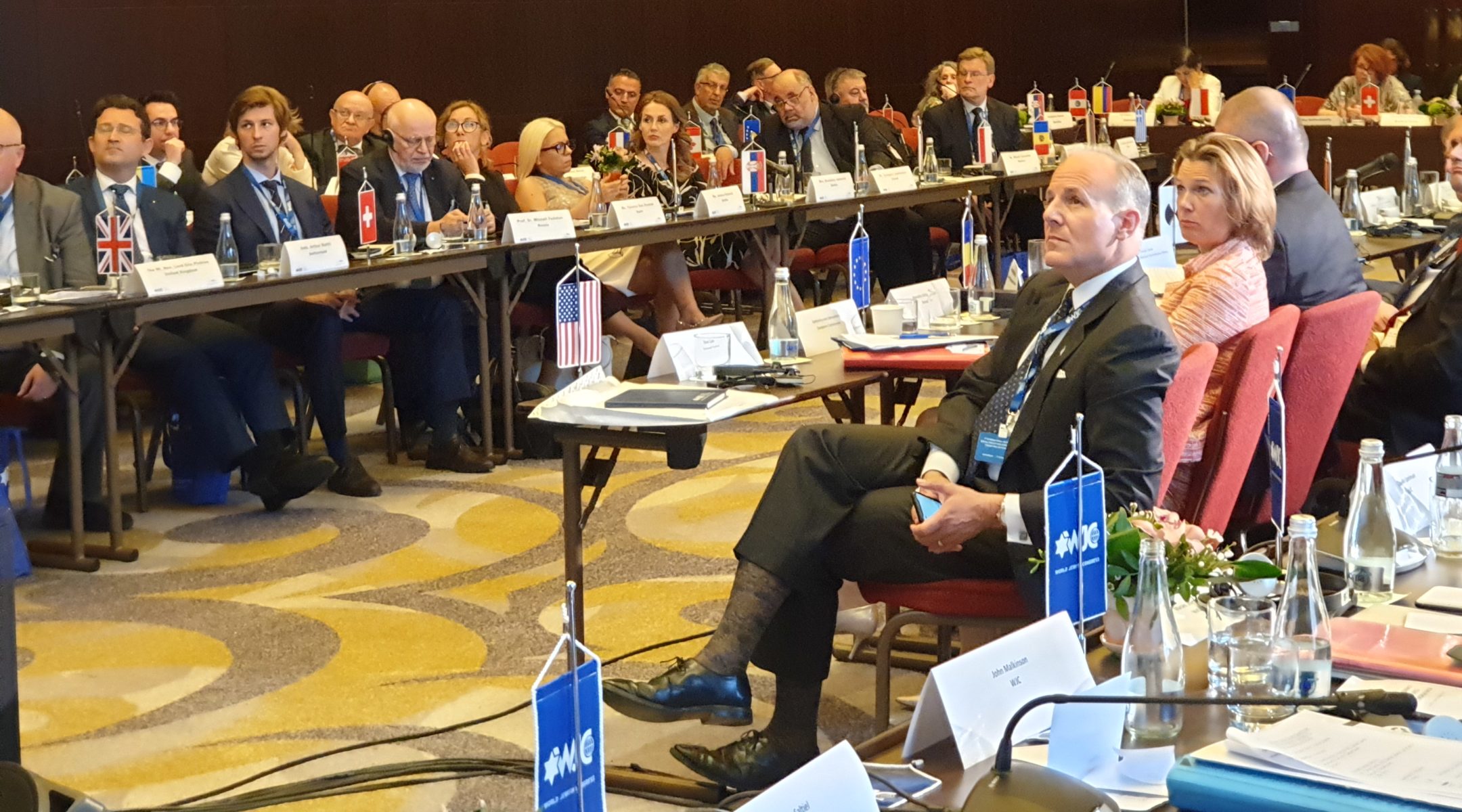 Elan Carr, the US envoy against anti-Semitism, and his EU counterpart Katharinas von Schnurbein at a summit meeting in Bucharest, Romania on June 17, 2019. (Cnaan Liphshiz)
Advertisement

BUCHAREST (JTA) — Government coordinators in the fight against anti-Semitism from over a dozen countries gathered Monday in this Romanian capital for the first professional conference of its kind.

The meeting took place amid significant increases in the number of reported anti-Semitic incidents in the United States, Germany, the United Kingdom, France and Austria, among other countries.

Organized by the World Jewish Congress and the government of Romania, the summit included Elan Carr from the United States and Katharina von Schnurbein, the European Commission’s first coordinator on combating anti-Semitism.

Envoys from Bulgaria, Poland, Russia and Azerbaijan, among other countries, met leaders of Jewish communities from across the world at the International Meeting Of Special Envoys and Coordinators Combating Anti-Semitism. Talks centered on exchanging working practices and efforts to have additional government adopt the definition of anti-Semitism of the International Holocaust Remembrance Alliance, or IHRA.

Despite the anti-Semitic increases in many countries, important achievements have been made over the past three years, von Schnurbein said.

“We had journeyed from acknowledgment of the problem to various actions to fight it,” she added.

Von Schnurbein noted the code of conduct signed in 2016 by Facebook, Twitter, YouTube and Microsoft and the European Commission requiring the firms to delete the majority of reported illegal hate speech within 24 hours. Compliance has risen to 72 percent in February from 28 percent in 2017, she added.

She said another success was the 2016 adoption by the European Parliament of the IHRA definition, whose significance is in its inclusion of some forms of vitriol against Israel.

Ultimately, though, von Schnurbein said the EU’s effort to fight anti-Semitism will be measured in the numbers of European Jews who see a drop in anti-Semitism.

“Ultimately, we must aim for our next survey to show Jews are more secure and see their future in Europe,” she said, where they are free to “express their identity, including support for Israel.”