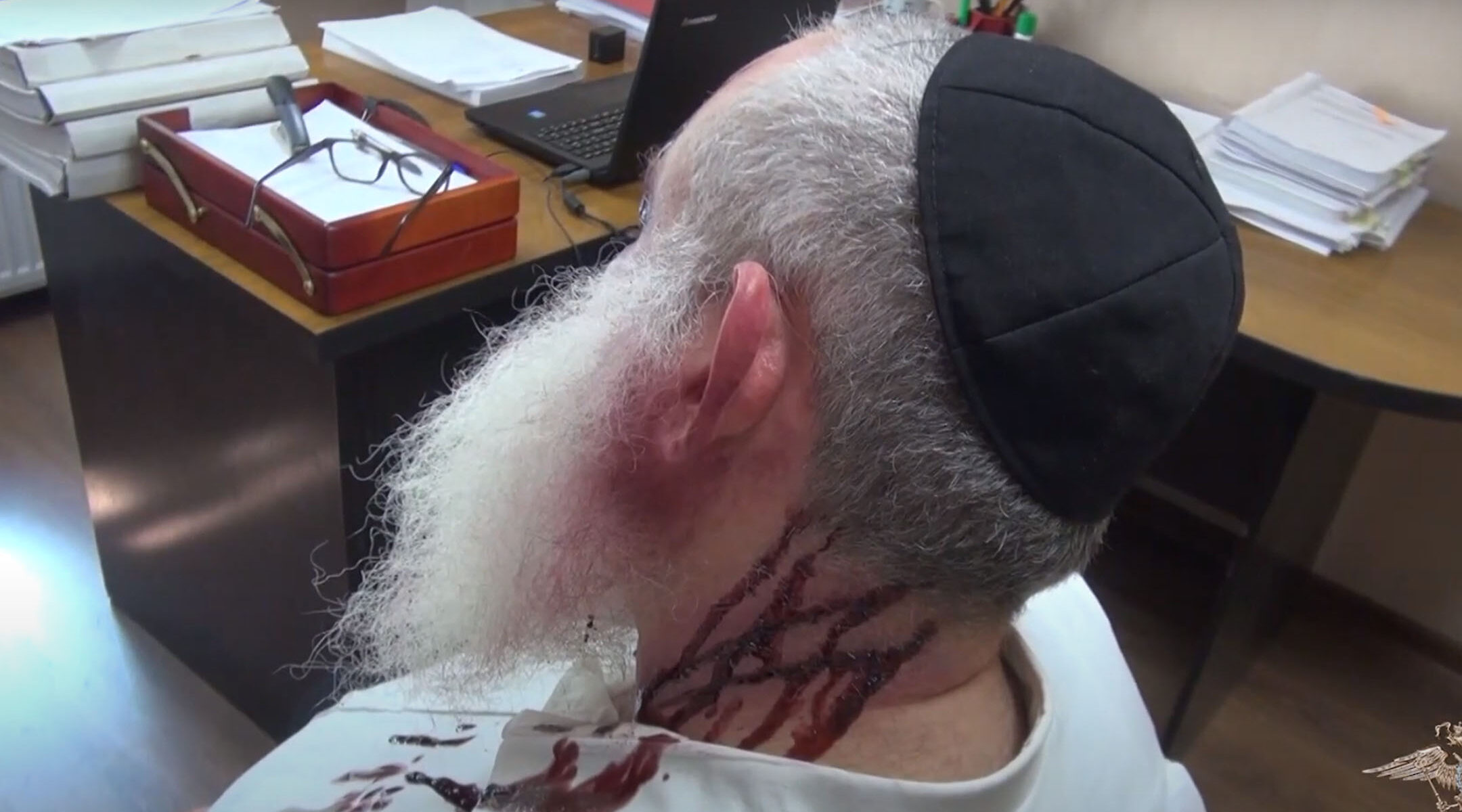 Staged photos of Aryeh Leib Tkatch of Krasnodar, Russia, in which he appears to have been killed. (Ministry of Internal Affairs of the Russian Federation)
Advertisement

(JTA) — Authorities in Russia staged the death of a rabbi as part of a sting operation that ended with the arrest of two alleged terrorists who are said to have ordered to have him killed.

The operation has been ongoing since last year, the Russian Ministry of Internal Affairs revealed last week. The ministry neither named the suspects, who were identified only as being 60 and 70, nor indicated when they had been arrested.

The suspects are leaders of an extremist group known as Citizens of the USSR, which does not recognize the dissolution of the Soviet Union, according to the ministry.

Last year, members of that movement began targeting and threatening the Jewish community of Krasnodar, a city in southern Russia, the ministry said. Murder was among the threats.

An undercover counterterrorism agent approached the suspects and offered to kill Rabbi Aryeh Leib Tkatch, chairman of the Jewish Community of Krasnodar, if they accepted him into their ranks as a senior member. The suspects agreed and a police makeup artist worked with Tkatch on a photoshoot in which his death was staged.

The agent presented the photos to the suspects as proof he had done their bidding. They were arrested after giving the agent certificates accepting him into their ranks as a field commander, the ministry’s report said.

Under communism, open religious worship, especially by Jews, was largely prohibited. The collapse of communism led to a revival of Jewish life in Russia with support from the government of President Vladimir Putin.