Ruth Bader Ginsburg poster in Brooklyn vandalized with the words ‘Die, Jew bitch’ and a swastika 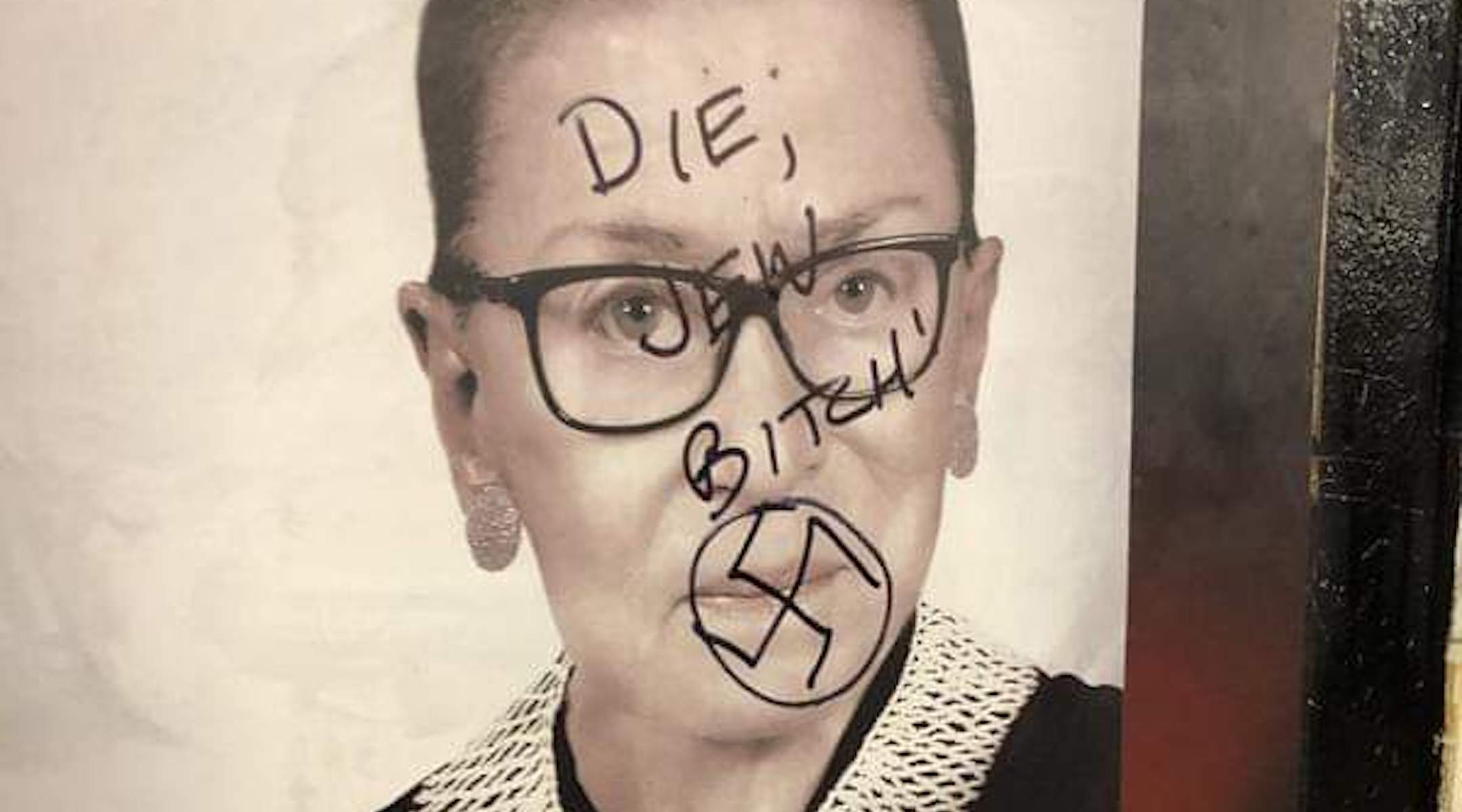 A poster for a book about Ruth Bader Ginsburg was vandalized in Brooklyn. (Twitter)
Advertisement

The vandalized poster at a subway stop in the Greenpoint neighborhood made the rounds Wednesday on social media. The phrase and symbol were written in what appeared to be black marker over the Jewish jurist’s face.

The poster was advertising the book “The Unstoppable Ruth Bader Ginsburg: American Icon.”

On Twitter, the New York City Transit Authority’s Subway account said the “offensive imagery” had been reported on Tuesday and that it had since removed it.

“Again, we regret that our customers were exposed to this hate speech,” the agency said.

The New York Police Department wrote on Twitter that it was looking into the incident. Mayor Bill de Blasio and Gov. Andrew Cuomo also tweeted their denunciations.