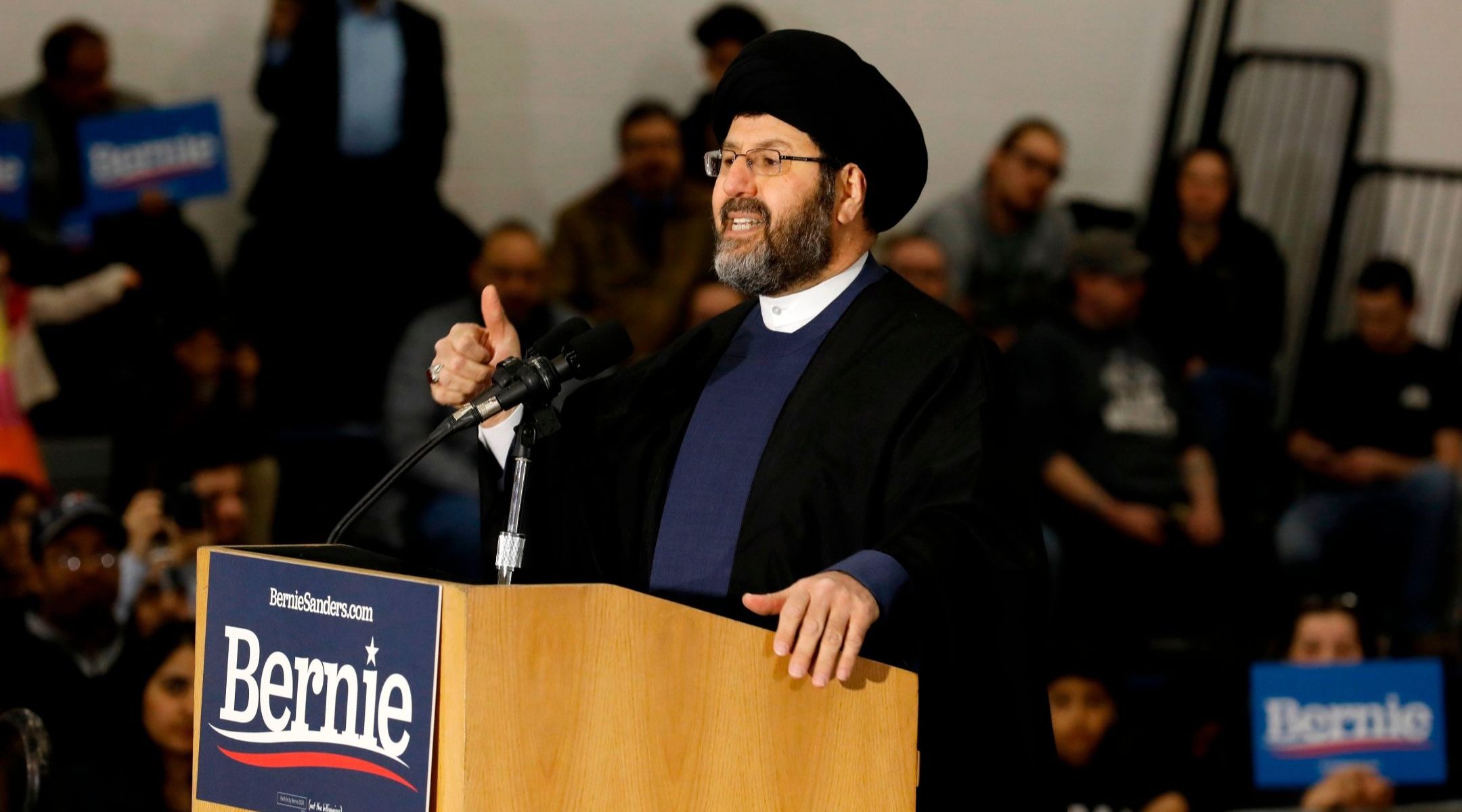 WASHINGTON (JTA) — The Bernie Sanders campaign denounced the “toxic and offensive” past statements of an imam who spoke at a Sanders rally days before a key presidential primary in Michigan.

Imam Sayed Hassan Al-Qazwini said in 2015 that the Islamic State terrorist group “somehow is connected to Israel.” The same year, commenting on a Supreme Court decision upholding the right to same-sex marriage, he said, “This is a moment that Americans would look back at with so much regret and sorrow, that we are legalizing something that is normal, something that is against human nature.”

Al-Qazwini introduced Sanders at a rally in Dearborn, Michigan, on Saturday.

“The campaign has been made aware of offensive and toxic past statements by Imam Qazwini,” campaign manager Faiz Shakir said in a statement Tuesday after a number of media outlets reported on the past statements of the founder of the Islamic Institute of America.

“These statements are dangerous, hateful, and violate the principles of our movement, which is based on values of equality and dignity for all people,” Shakir said. “Senator Sanders stands with those in Israel, Palestine, and across the region who work for peace, and unequivocally rejects antisemitic conspiracy theories that seek to blame Israel for all the region’s problems, and well as any bigoted statements against any group.”

Sanders, the Vermont senator, needs a win in Michigan on Tuesday to regain momentum in what has become a two-man contest with former vice president Joe Biden for the Democratic presidential nomination.

At the rally, Al-Qazwini denounced anti-Semitism and other bigotries and praised Sanders as a uniter.