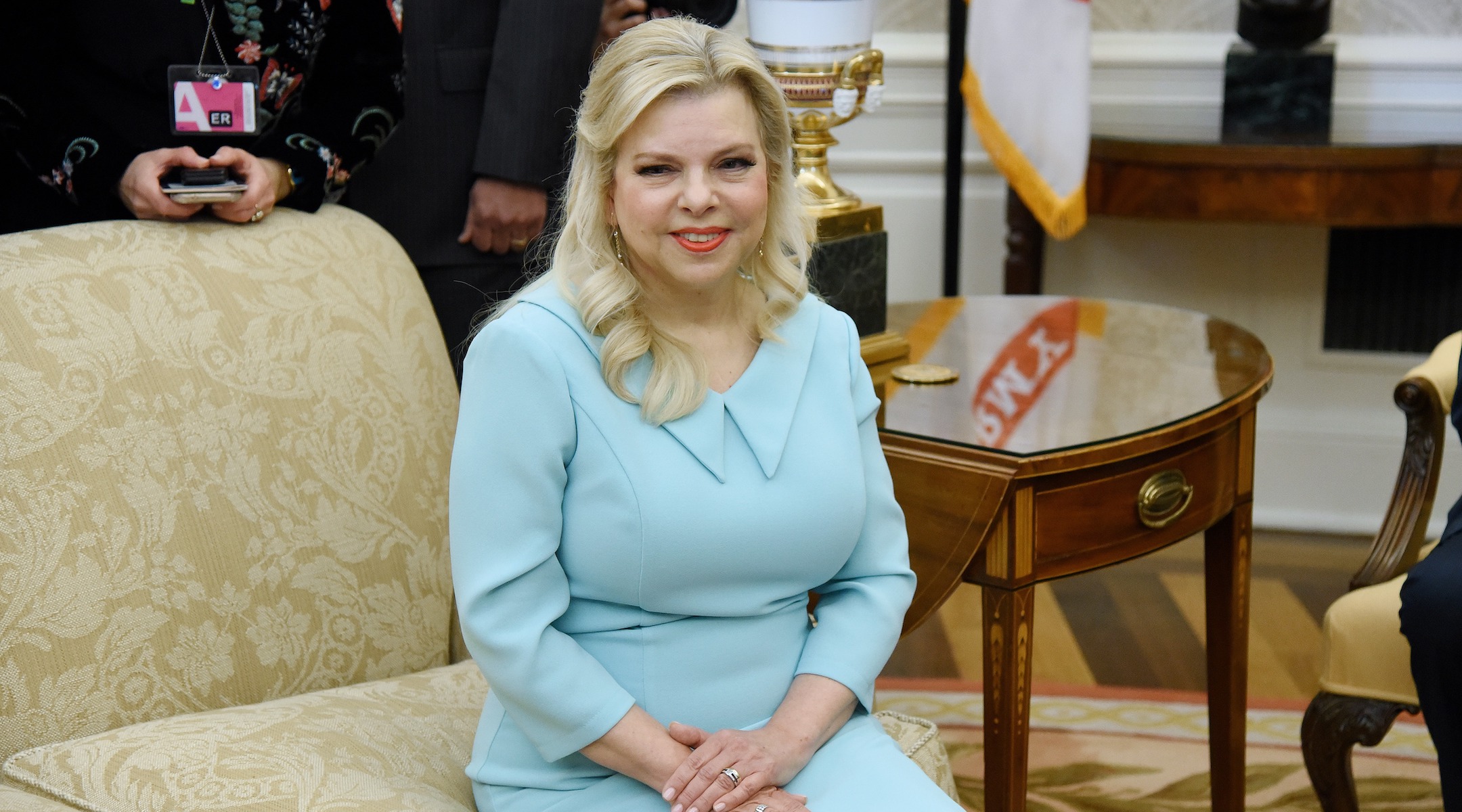 (JTA) — Miriam Adelson said that Sara Netanyahu told her to defend her husband, Israel’s prime minister, against critics or be responsible for Israel’s destruction, an Israeli television channel reported.

Adelson, the publisher of the Israel Hayom daily and wife of casino magnate Sheldon Adelson, said this sometime after January 2017 during questioning by police on the nature of the relationship between the Adelsons and Netanyahus, Channel 12 reported Thursday.

Miriam Adelson said that Sara Netanyahu demanded more and better exposure for herself and Prime Minister Benjamin Netanyahu in Israel Hayom, which is seen as supportive of Netanyahu.

“She already told me once that if Iran has nuclear weapons and Israel is wiped off the map, then I’d be to blame because I don’t defend Bibi,” Channel 12 quoted Miriam Adelson as saying, using the prime minister’s nickname.

The Adelsons’ relations with the Netanyahus suffered.

“We don’t come over any more, we’re sick of hearing it,” Adelson reportedly told police.

The Channel 12 report said the content of the police interview had been “leaked.” The report did not specify how.

The questioning was in preparation for what is known as Case 2000, in which Netanyahu allegedly made this deal: The prime minister would support a law banning free daily papers — that would hurt Israel Hayom, Yediot’s main rival. In return, Yediot would give Netanyahu positive coverage.

The negotiations, which Sara Netanyahu recorded, did not materialize. In February, Israel’s attorney general recommended indicting the prime minister for bribery over the talks.